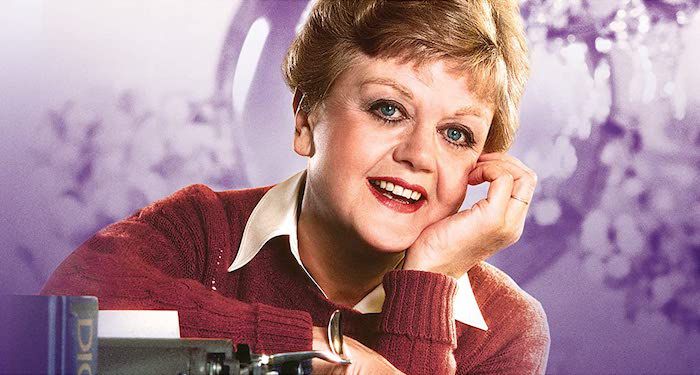 Angela Lansbury played the mystery author and sleuth Jessica Fletcher on Murder, She Wrote for 12 years, along with countless other iconic roles in her life. She passed away in her sleep October 11, 2022, days before her 97th birthday.

She was still acting into her 90s, including many bookish roles. She appeared in Disney’s animated Beauty and the Beast, The Picture of Dorian Gray, National Velvet, PBS’s Little Women miniseries, Mame, the 2018 Mary Poppins Returns, among other book-to-movie or -stage adaptations.

Lansbury received 18 Emmy nominations and won five Tony Awards, including a Tony Award for Lifetime Achievement in the Theatre. She was also named a Dame by Queen Elizabeth II.

While most of her early roles were what she called “bitches on wheels and people’s mothers,” her experience with Murder, She Wrote was different: “What appealed to me about Jessica Fletcher is that I could do what I do best and have little chance to play — a sincere, down-to-earth woman.”

A beloved actor, she will be missed by legions of fans collected over her long and decorated career.

Read more about her life and career at the New York Times.