This is a guest post from Yash Kesanakurthy. By day, Yash is a reader and lover of children’s literature. When she isn’t reading, she works on her own YA fantasy novel and regularly turns fangirling into blogposts for The Book Wars. By night, she may or may not be watching you sleep. Follow her on Twitter @seeyashtweet. 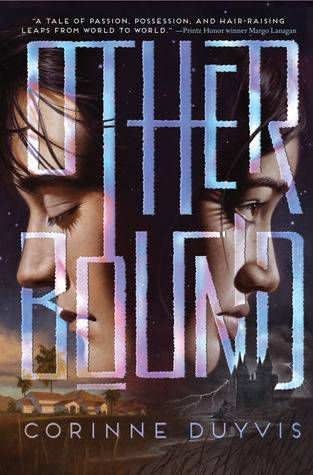 Apparently, between reading Corinne Duyvis’s Otherbound and talking to my peers about meaningful representations of diversity in YA lit, I decided that this somewhat apologetic disclaimer was necessary. Fast-forward a couple of months and I’m reading Saladin Ahmed’s Throne of the Crescent Moon and I am enamoured. I’m not done reading it yet but I’m already picturing myself recommending it to friends. Funnily enough, not once during my hypothetical book-talks on Throne of the Crescent Moon do I end with, “ … and the characters are all so diverse but it doesn’t feel forced at all.”

As a reader and book blogger, somewhere along the line the phrase “forced diversity” wormed its way into my head. I would like to believe that “forced diversity” came from a place of good intention; that someone decided tokenized characters— characters whose otherness was tangential to their identity because of how palatable *cough-marketable-cough* it makes them to the “majority”— could not be a natural part of certain books.

Of course, then the question of what is meant by “certain books” arises … and that’s when things get troubling, because clearly not all books elicit warnings on how un/natural diversity can be. Do “certain books” refer to fantasies that feel Western/European/American? Because POCs belong elsewhere, being written by someone else? Because it is just too improbable that a disabled, trans character can be a part of a world with severely improbable elements like, you know, magic? But a sexagenarian protagonist teaming up with a shapeshifting tribal woman is totally acceptable since the world he resides in is already so different from the Eurocentric fantasy worlds, anything is plausible?

The more I think about having said “forced diversity,” the more I cringe. I have since wondered about the word forced. I’ve concluded that forced, to me, is:

Basically, I (somewhat belatedly) realized that diversity cannot be forced.

I have spent most of my life having to read writers and characters who rarely resemble me. Yes, the point of reading is empathy. Yes, books can be windows into unfamiliar worlds. But at some point you realize that there are readers who look at the window and don’t see a window at all; that they have the privilege of looking into a mirror. Which is part of what makes books like Otherbound and Throne of the Crescent Moon invaluable. They remind the ones with the mirrors that there are windows to be looked out of, too. And to the rest, they are reminders that you are not other even though you are othered, that it’s okay to be tired of gazing longingly into dusty windows, okay to go in search of a mirror.

Diversity cannot be forced. It can only be true*.