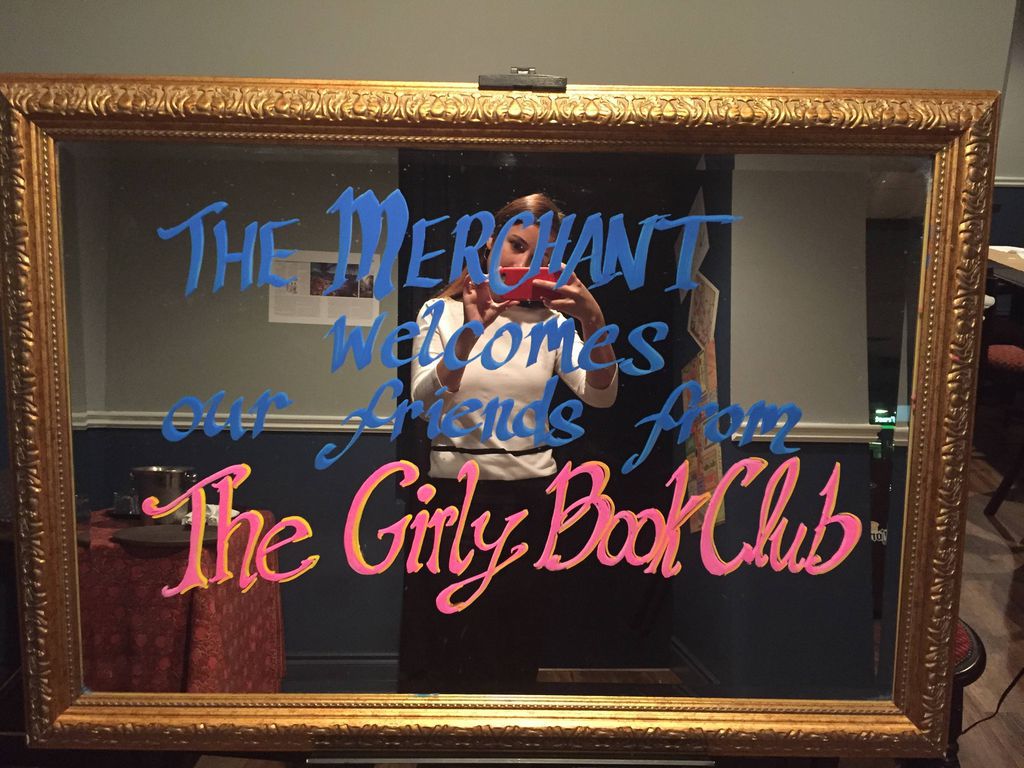 It’s a sunny August day, a little over two months since our move to Toronto. Because I work from home and, quite frankly, because nothing makes me happier than staying in and cuddling with a book, we’ve yet to explore much of the city. It’s nothing personal: Toronto is amazing. But I like to read during my free time. I’ve been told by multiple people that this is odd. After all, I’m a Millennial, and my generation is one notorious for spending money on experiences, rather than on things.

I don’t think it’s odd at all. Every book I read provides me with an unmatched experience. And they are things. Win-win.

“Okay,” my husband says. “Is Baba coming with us?” (Baba is Babaganoush, our English Bulldog.)

I recognize his good-sport smile: he’d rather stay in, too. It’s Tuesday, aka new releases day on iTunes. Tuesdays evenings are happy evenings: a movie is selected, popcorn is popped, wine is poured. If the movie is boring, I read. This is what happens when two homebodies fall in in love and get married.

“You do?” His frown conveys curiosity. He’s never heard of this book club before.

Forgive me for judging, but the idea of a group of women using the word girly to define their literary predilections strikes me as horribly un-feminist, possibly undignified. Still, I’ve read their August title (What Alice Forgot by Liane Moriarty) and loved it. In fact, I just finished Truly Madly Guilty, by the same author.

“This month’s book is by Liane,” I say. Like many bookworms, I am on a first-name basis with my favorite authors—though I haven’t met most of them.

“Okay, have fun,” he says. His smile is now relaxed, supportive. It’s also a little relieved. He’ll get to stay in and work. (He is a workaholic—work is to him what reading fiction is to me. Say what you will: at least my thing is fun.)

Before leaving, I sneak a glance at the tableau before me: my husband typing away at his computer, Baba snoring on the couch. I picture myself curling up in the armchair to read Behold the Dreamers by Imbolo Mbue. A tempting idea, but even bears come out of hibernation during the summer. I put my shoes on, and close the door behind me.

My destination: The Merchant, a restaurant in downtown Toronto that I assume is named after Shakespeare’s A Merchant of Venice. I arrive at 6:50pm, ten minutes early. I tell the hostess that I am looking for a book club, and she points me in the direction of the mezzanine. I ask if I’m the first one here. She shakes her head in a way that is borderline maniacal and laughs. A proper, full, ha-ha-ha sort of laugh, too. How strange, I think—not to mention annoyingly unresponsive. But as soon as I make my way up the stairs I, too, appreciate the comicality of my question: the place is packed.

My eyes scan the group of women sitting in three large, rectangular wooden tables, chatting amicably. A mirror doubles as a sign:

welcomes our friends from

I cringe when I see the club’s name. The writing is in blue, but the club’s name is in pink. Of course it is. I’m surprised it hasn’t been covered in glitter or bedazzled. My brain scrambles to find suitable alternative names for this club that I haven’t even joined yet: The Toronto Ladies Book Club. Women’s Literary Fiction Club. Lit Ladies Book Club. All awful ideas, I concede.

Determined to ignore the club’s sexist name, I scan the room for empty seats. I find one beside a woman with long, glossy brown hair.

She turns around. Do I know this person? She seems so familiar… But I hardly know anyone in Toronto. Then it hits me: this woman is famous!

The words tumble out of my mouth clumsily, “Has anyone ever told you that you look like Emily Blunt?” No Hello, I’m Cecilia. It’s nice to meet you. Great. She probably thinks I’m a weirdo.

To my relief, she nods, her face brightening up with a friendly, warm smile. Her name is Louise. Before I can say anything else (could she maybe be Emily’s sister?), the host gets up and introduces herself. We listen to a brief explanation on the GBC’s history: Erin Woodward started the club in August 2008, after moving to England and finding herself eager to meet new friends. Now it has 60,000 members in 70 cities across the world. Impressive, I think. It is an undeniably interesting story. Still, I have to sit on my hand to keep from raising it and asking about the name.

Then, the host proposes an ice-breaker.

“In the spirit of this month’s book,” she says, gesticulating with the enthusiasm of someone who is comfortable being in the spotlight, “We’ll each say our names and share what we would tell our younger selves, if we could.”

It’s a fitting question: Alice, the main character in Liane’s novel, hits her head and forgets a decade of her life, including the three children she’s had. She is basically a 39-year old who thinks she’s 29.

I would convince my younger self to work out. It’s too hard now that I’m older.

I’d tell myself not to take everything so seriously.

Ten years ago I was… eleven. So…I guess I’d tell myself to eat less candy.

I would definitely tell myself not to stress over getting pregnant. I’d say: ‘Don’t worry, it’ll happen, and sometimes [pauses for good-natured chuckle] you’ll even wish it hadn’t.’

I feel myself loosening up (though that particular feat could be credited to the wine). Most remarks are witty, some are sad, but all of them sound honest, heartfelt. I can’t remember the last time I was surrounded by an all-woman group of strangers who seem so… in sync.

When it’s my turn to share I realize that I haven’t used the time to think of a nice and proper new-member response. And so, I catch myself sharing something quite personal: I’d tell myself not to go to Law School…. to pursue my dream of becoming a novelist instead. I explain that this is what I’m doing now.

Once introductions are over, the lady sitting next to Louise reaches out to me. She wants to know how I started writing: she is also a writer. (I will later find out that she is a damn good one, too). They congratulate me on my courage to pursue a new career. It doesn’t feel brave, I tell them. It feels a little crazy, but mostly terrifying. A woman with the prettiest eyes I’ve ever seen shares her story. She’s also going through a big change, an unexpected occurrence in her personal life. We weigh in on what might have caused it. Her story reminds me of my story, I tell her. I share my own theory (not to brag or anything, but time proves me right).

Soon we’re all talking, sharing. We chat about the novel, but also about ourselves. In between discussing character motivations and plot points, I learn where they are from—none are from Toronto (I will quickly learn that this is fairly common: I’ve met a total of one born-and-bred Torontonian since moving here), though most are from Canada. Louise, like her doppelgänger, is from England. I learn the basic outlines of their lives: what they do for a living, how old they are, how long they’ve been coming to the GBC (I am relieved when I hear them using the initialism), who are their favorite authors. The book we’ve read acts as a mutual friend. It allows us to connect on a deeper, closer level. I lose track of how many glasses of wine I order. I am having a great time.

It’s been sixteen months since that day. Sixteen months since I’ve met a group of ladies who, somehow, have gotten me to travel to Muskoka and to Prince Edward County, to take surfing lessons, drink cider, cut back on meat, work my way out of a rather intimidating escape room, use random fake names for no reason at all, drink dirt-colored wine, have a kitchen dance party (it’s exactly what it sounds like), and get on a boat with two elderly strangers (yes, total strangers). Not bad for a proud homebody.

Most of all, these ladies have shown me the remarkable power of female friendships. Together, we’ve shared so much: Ups and downs. Happy tears and sad tears. Accomplishments and setbacks. Hugs. Toasts. Uncontrollable laughs. Books (naturally). A lap dance (a joke, I promise). I even petted one of them while I was asleep (I thought she was Baba!). The Girly Book Club has blessed me with a group of strong, independent women who never cease to dazzle me with their generosity, empathy, support, and love.

Its name—Girly Book Club—still isn’t one I love. But there is nothing sexist or un-feminist about it. On the contrary: to me, it’s been a feminist haven, a place where thoughtful, intelligent women who nurture and inspire one another can gather and talk about one of the best things in life: books.

And so, if I could say one thing to my younger, 2016 self, it would be this: Go ahead and leave your apartment on that Tuesday evening in August. You won’t regret it.