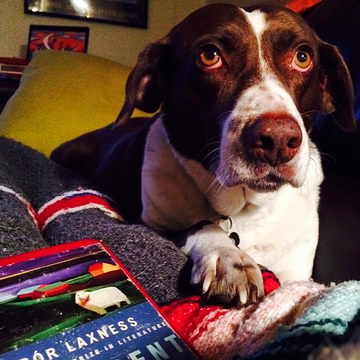 Manga, as we know and love it today, arguably started in 1946 with Osamu Tezuka’s first manga publication, Mainichi Shokokumin Shinbun, Ma-chan no Nikko (Ma-chan’s Diary). That isn’t because 1. I’ve read this, 2. It’s particularly influential, or 3. Because it’s particularly good. It’s because it is Tezuka’s, then just 17 years old, first manga ever published, a 4-koma newspaper strip about post-war occupied Japan, the kids just trying to find fun, and the adults just trying to settle their lives. Yes, the beginnings of manga today have to start with the God of Manga and the Godfather of Anime, Osamu Tezuka.

Though the first use of the word manga is believed to be in 1798 by Santo Kyoden, it is Tezuka that laid the groundwork for how manga continues to work to this day (that is, grueling schedules that risk the health of mangaka). He, mostly under that same system, wrote over 700 different titles ranging from epics (Astro Boy, Phoenix) to single-frame comics and, if you ask anyone in Japan, they will likely know who Osamu Tezuka is.

He influenced mangaka like Yoshihiro Tatsumi, Katsuhiro Otomo, Shotaro Ishinomori, Go Nagai, and Leiji Matsumoto, and animators like Rintaro, Osamu Dezaki, Yoshiaki Kawajiri, and Masao Murayama. Dezaki, his younger brother Satoshi, and Rintaro all got their start under Tezuka’s tutelage! It’s fair to say that, if you like any manga or anime, it was, in some way, influenced by Osamu Tezuka.

(The information in the above paragraphs were researched from Helen McCarthy’s The Art of Osamu Tezuka God of Manga and A Brief History of Manga. Check em out for a much more in depth look than I could do in a Panels post!)

I’ll admit that I’m far from a Tezuka expert, nor am I an versed on classic manga. But I do love what I’ve read, and I’ve read my fair share of Tezuka (Apollo’s Song, Barbara, MW, Princess Knight, Unico), but I’ve also read less Tezuka than is currently on my shelf. I’ve got my homework to do in the coming days (years??).

Now, manga may have started with Tezuka, but yokai (Japanese monsters, ghosts, and whatnot) stories begun with none other than Shigeru Mizuki. I’d defer to Zack Davisson’s expertise on Mizuki (he’s translated most, if not all, Mizuki’s manga available in English into the language for Drawn & Quarterly), but Mizuki’s 1960 manga GeGeGe no Kitaro brought yokai back into the public mind and it (or the zeitgeist it created) likely influenced manga like Kamisama Kiss and Natsume’s Book of Friends.

I know Mizuki not from Kitaro or NonNonBa, nor his biography of Adolf Hitler or history of the Showa Era in Japan (Japanese years are defined by the emperor followed by the year of his reign, which is where the Meiji Era / Meiji Restoration, a setting Rurouni Kenshin is famous for, came from. The Showa Era lands in Gregorian calendar years 1926–1989), but from his semi-autobiographical book from 1973, Onward Toward Our Noble Deaths. The manga details in “90 percent accuracy” Mizuki’s own experiences after being drafted into the Japanese Imperial Army and being sent to New Guinea, which led to the loss of his left arm in an air raid. Onward Toward Our Noble Deaths is the story of the death that surrounded Mizuki on the battlefield, and not just death from the allied forces, but from famine, thirst, disease, and even each other. Spliced with drawings of real photographs from the war, and ending with three pages of them, it is one of the most gruesome tales of World War II in comic form I can think of.

Japan, I think, is one of the most interesting countries to study its pop culture. Not only are they steeped in classical mythology, but they have produced more entertainment media than any other losing power from World War II. Neither Germany nor Italy have produced dozens of comics magazines and dozens of animated cartoons per year, but Japan has. Japan had also lost the most by the end of the war, having been hit by two atomic bombs. Some of their most popular manga / anime have focused on the loss that was felt, the fear of the occupying Americans, and the life they were trying to live. I speak, of course, of Isao Takahata’s 1988 film Grave of the Fireflies (based on a semi-autobiographical short story from 1967 by Akiyuki Nosaka) and Kenji Nakazawa’s also semi-autobiographical 1973 manga Barefoot Gen.

Two men, Osamu Tezuka and Shigeru Mizuki, laid the groundwork for much of what was to come for manga stories. But a group of about a dozen female mangaka changed the landscape of manga writing for women forever (no, not CLAMP).

Known as the Year 24 Group (that’s Showa 24, or 1949) and partially comprised of Moto Hagio (Heart of Thomas, They Were Eleven), Riyoko Ikeda (Rose of Versailles – upcoming from Udon Entertainment!, Dear Brother), and Keiko Takemiya (To Terra… and current Dean of Kyoto Seika University’s Faculty of Manga), this group of women did something for manga that hadn’t really been done before: they wrote shojo manga. Prior to the Year 24 Group’s sweeping influence on girls comics in Japan, shojo was written primarily by men (yes even Tezuka). His previous work, 1953’s Princess Knight, told the story of a girl who was forced to pose as a boy in order for it to look like the king had a male heir. Steeped in influence of Japanese Takarazuka, Ikeda’s 1972 manga Rose of Versailles took it a step further and positioned the main character Oscar in the same position as Princess Knight‘s main character Sapphire. Oscar François de Jarjayes, though, was her own woman and she would fight, and beat, anyone who would challenge her. Very quickly, people stopped challenging her based on gender.

I feel like I’ve barely scratched the surface of classic manga… But this is as good a starting point as any, if only to serve as a springboard to your own delve. When you’re reading Osamu Tezuka, Shigeru Mizuki, and the Year 24 Group, you’re in good company. But this doesn’t even mention the other great influences in science fiction manga (Leiji Matsumoto, Katsuhiro Otomo, Shirow Masamune, and, of course, Tezuka himself) or go into the multitude of sports mangaka (Mitsuru Adachi, Sumika Yamamoto, and Ikki Kajiwara). And epic franchises like Monkey Punch’s Lupin III and Takao Saito’s Golgo 13 are completely passed over! But that’ll all have to wait until next time.