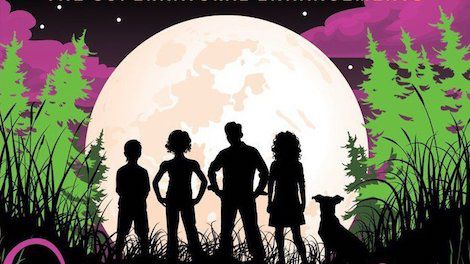 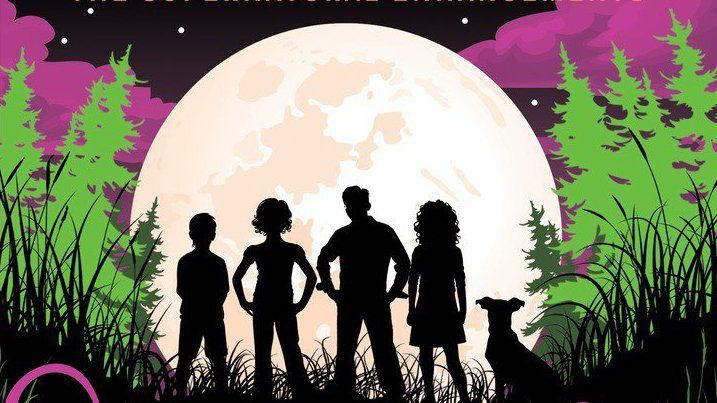 Have you read Edgar Cantero’s Meddling Kids? No? You should. If you were a child of the 70s and/or 80s, it will have you laughing your butt off and your brain doing the “What If?” dance. What if we’d followed the original Scooby Gang to adulthood? What if even one of their cases had involved an actual supernatural culprit? What if Fred, Daphne, Velma, Scooby, and Shaggy had existed outside the frames of our television screens?

I had the chance to sit down with Cantero, who writes in Spanish, Catalan, and English, at San Diego Comic Con and ask these, and many other, questions:

BR: Which language do you dream in? I ask because I have a lot of friends who grew up bilingual but they generally dream in the language of whatever country they spent their early years in.

EC: It actually depends who I’m dreaming about. Whatever language I speak with someone is usually the language of dreams they’re in.

BR: Do you remember when you first saw an episode of Scooby Doo? What other American pop-culture properties were you exposed to?

EC: I don’t really remember. I don’t think Americans realize how pervasive their television and movies are. They were around all the time.

BR: Comedy/horror is a tough genre. What draws you to it? How do you strike a balance?

EC: I’ve always wanted to write a Cthulhu story and this felt like the right way to do it. As to the humor, I have to be funny. It’s how I write.

BR: Tell us a little about the fourth wall breaking and stage direction in Meddling Kids: what about the story called for it? It’s an unusual technique in a novel.

EC: I try to write what I’m going to write and there were places it was easier than a lot of exposition and just seemed to make sense. 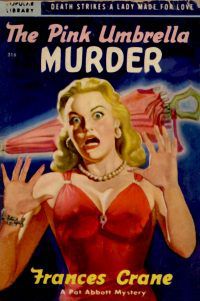 BR: Book Riot readers are always curious about what their favorite creators are reading. Do you have a favorite book or a genre you tend to go to?

EC: I love to go to second hand bookstores and navigate the very cheap, pulpy paperbacks. Get stuff I’ve never heard about. It doesn’t always work but sometimes I get surprises. I’m reading something from an author who doesn’t even have a Wikipedia article. I can’t believe she’s forgotten… she’s amazing. The book is so powerful and she’s such a good writer. I love to find things like that.

EC: Absolutely! Do! There’s a lot of people waiting to be discovered. I can’t help but identify; maybe in twenty years, that will be me. I’ll be an author who’s completely forgotten in the bottom bookshelf of a second hand store and this was my life. Again, there are a lot of people there who deserve so much more.

BR: Do you listen to music when you write or do you like it quiet?

EC: I usually like it quiet… but there are some exceptions. In Vive (one of Cantero’s earlier books), there was a scene written following the exact orchestration of one of those ten minute songs by Godspeed You! Black Emperor The chapter was twenty pages long and included stuff like, “… and here comes the violence…”

BR: You’re also a cartoonist. Do you draw?

EC: Yes. I work for a Spanish magazine, El Jueves. I was doing fanzines and stuff in college and in my twenties, then I started for El Jueves. I’m not a good enough artist or fast enough for a weekly magazine so, right now, what I usually do is write scripts for other artists.

BR: When you were drawing, what did you enjoy? 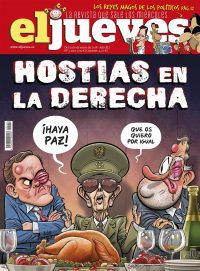 EC: El Jueves is more about political content… though I don’t dabble in politics too much, I like doing reviews of movies and that kind of thing… In Meddling Kids, you know the newspaper strip at the beginning? The picture was drawn by… the artist I usually work with in El Jueves. He’s from Barcelona too, he and I have become the “movie specialists.” When a big, very expensive movie comes out, we go see it first and then I write the cartoon and he draws it.

BR: Your next novel comes out at the end of July and it’s called, This Body’s Not Big Enough For Both of Us (about two siblings sharing a single body). I’ve seen the cover and it cracked me up. Do you have siblings?

EC: Yes. I have two older sisters but they were much older so there wasn’t much interference.

BR: Do you know what you’re working on after that?

EC: No, I have no idea! Since I came to the US a year ago, I’ve been… working on my “someday project.” Which is that book you always think, “I’m not ready to write this yet, but someday.” I’ve been working on that, but it’s probably not going to be my next one…

BR: Any other pop culture properties you’d like to work with or skewer? Other cartoons?

EC: We’ve considered the cartoon thing… I think fondly about a lot of them, but that’s not how I plan the writing. In Meddling Kids, Scooby Doo was a much later addition to the concept. As I said, it was “The Famous Five plus Cthulu” and it was only after I pitched it to the editor… he asked, “Who are The Famous Five?” because that’s a British thing, it’s not popular here in America. They had to change it on the go and say, “Think Scooby Doo.”

BR: So your reference fits the story rather than vice versa?

EC: Yes, but that’s cheating because The Famous Five… I didn’t hide it at all. My ideas are totally random. The only thing you can do to help it happen is to consume a lot. Watch a lot of movies, a lot of TV. Read a lot of books, play a lot of games. Eventually, something will come… In Catalonia especially, it was a big deal that I was drawing inspiration from movies and TV because in Catalonia, the literary scene is very snobbish and high brow. It doesn’t take these things into account… But I always want people to know video games influenced me a lot… that cultural output we were talking about…

BR: I always ask: if you had a lightsaber, what color would it be?

EC: You know, I’m not in to Star Wars at all. Samuel L. Jackson had purple just because that’s the color he wanted it to be. It would be something customized for sure. Maybe yellow, though I’m not sure how that would look.

Edgar Cantero’s new novel, This Body’s Not Big Enough For Both of Us, releases July 31st from Penguin Books. You can find his blog, Punk Ahoy! here.