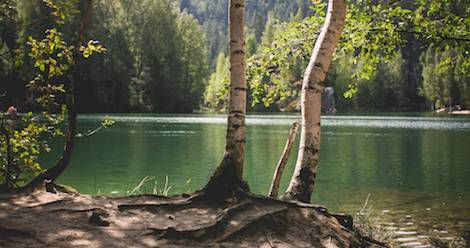 Last week the President of the United States signed an executive order undoing the Obama era climate policies, ostensibly to revive the coal industry. Mostly I hear the news, but even I am aware that photo ops involving the president surrounded by white men is something we see nearly every day now. This time, I caught the video, and something just snapped.

My little thinking brain skipped right past the obvious cruelty, the lie that this will help poor (white) Americans. I also bypassed the vulgar use of concepts meant to protect the vulnerable in the unofficial banning of terms relating to climate change, which, evidently, are “triggering” and cause a “visceral reaction.” And I only later thought about the high price we will all pay in the dismantling of various environmental regulations and the blatant disregard for science.

Perhaps it was the vulgar cruelty combined with smiling white men, but, instead, my mind flashed to half-remembered horror stories my son told me after his environmental racism course. I suppose I’d blocked out those scenes from that summer my son was home. I remember something about a school built on a toxic waste dump, sick and dying children. And I remember my son’s face and that we were often in the kitchen making dinner when we had these conversations.

Now, of course I know there are reasons to be optimistic about this particular executive order. Whether the order gets traction or not, that video clip was a wakeup call. Maybe half-remembering isn’t good enough. It seems this might be a good time to bring some light to the environmental justice issues.

So I checked out some lists, and then asked my friend Doug for some help. He’s a history professor and has always come through with the excellent recommendations.

Of course the effects of climate change area global challenge. But even within the United States, we already have a complicated track record. So here are some books that shed some light on the history of environmental racism in North America. Some are more academic than the casual reader might prefer, but they’re good resources for getting a handle on the scope of the issues.

History may or may not repeat itself, but it seems sheer idiocy to pretend that our history isn’t real, that facts are negotiable. So in under this current administration, I have felt an extra sense of urgency to step up my game, to educate myself.