Stop me if you’ve heard this one: What’s black and white and red all over? 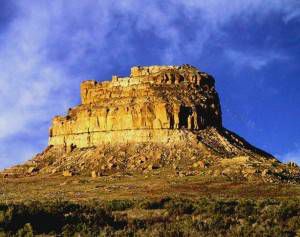 That butte sure is a beaut.

If you said “newspaper,” congratulations—you know how to recognize a homonym! Also, you must remember a time when newspapers were actually “read all over.”*

*I prefer this less-tactful version: “What’s black and white and red all over and can’t fit through a revolving door? A nun with a spear through her head.” But, alas, no homonyms.

In the technical linguistic sense, a homonym is a set of words that share the same spelling and the same pronunciation, but have different meanings. Colloquially, it can also include homophones (words that sound the same, regardless of spelling, like “bald” and “bawled”) and even oronyms (phrases that can sound the same as other words or other phrases—the reason why I was so confused, as a child, by what mercy killing had to do with youth in Asia…).

Yes, in the world of nyms, homonyms live in the shadow of synonyms and even antonyms (thanks in part to Mr. Roget), but they can be much more fun. I mean, just think about what you had for dinner last night: Far from feeling aweful, you may have thought it was awful—but at least it wasn’t offal (though some people love dining on butchered entrails). Am I right? Is this thing on? 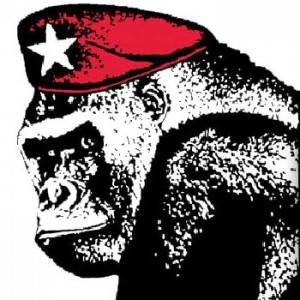 Yes, it's a guerilla gorilla.

In short, homonyms are the raw material for all puns—and most plays-on-words—which is reason enough for any reader or writer to give a damn.

In many cultures, however, homonyms are no laughing matter*—as I was reminded this week: The Chinese New Year, just celebrated on Monday, is marked by a number of superstitions, several of them based on the fact that certain words sound too much like ones to be avoided. For example, book stores in China remain closed on New Year’s Eve, since “book” is a homonym for “lose” in Cantonese (yet, it seems that there is no restriction on reading).

*And just ask Rick Santorum how he feels about homonyms (though he may stop listening to you after the first two syllables).

Of course, not all homonyms work everywhere, since they can be a function of accent and dialect, even from region to region: what’s true for the Northeastern goose may not be so for, say, the Michigander. For example, in the rare case that you find yourself unable to distinguish between a native Midwesterner and someone raised in New York, you can always apply the “Mary, marry, merry” test—the New Yorker will pronounce all three distinctly. 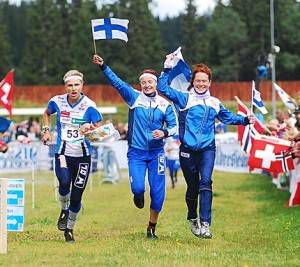 And sometimes they will sneak up on you, and out of your brain, when you least expect it. The following is from an actual e-mail that I actually wrote. Has this ever happened to you?

Thanks for the invite! Eye will have to see what are plans are…

So, accidentally or on purpose—or for that matter, on a porpoise—what’s the last great homonym you ran into? Or did it just grate?

Victor Wishna’s work has appeared in the Wall Street Journal, the Baltimore Sun, the New York Post, NPR, KCMetropolis.org, and others. His writing and editing services firm, The Vital Word helps find the right words for nonprofit, corporate, and individual clients. Follow him on Twitter: @vwishna.