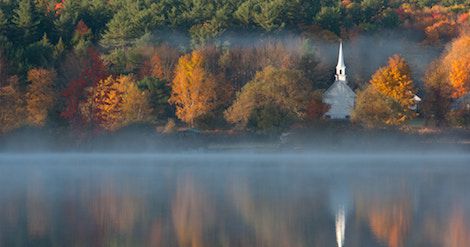 Even as an atheist who reads Narnia books, I know it’s a cliché to think of them as a Christian allegory. I wish I didn’t. When I came to Narnia, I was about 11. Even though I was already aware that Aslan represented Jesus, or possibly because of that fact, I enjoyed the books with uncomplicated happiness. They were easy to love unconditionally: rich, exciting, and acceptable reading for a good Catholic child. I dwelt on the moral adventures of The Voyage of the Dawn Treader and reveled in the Aslan-affirming payoff of The Last Battle. Never did I once entertain the suspicion that I would someday react differently. 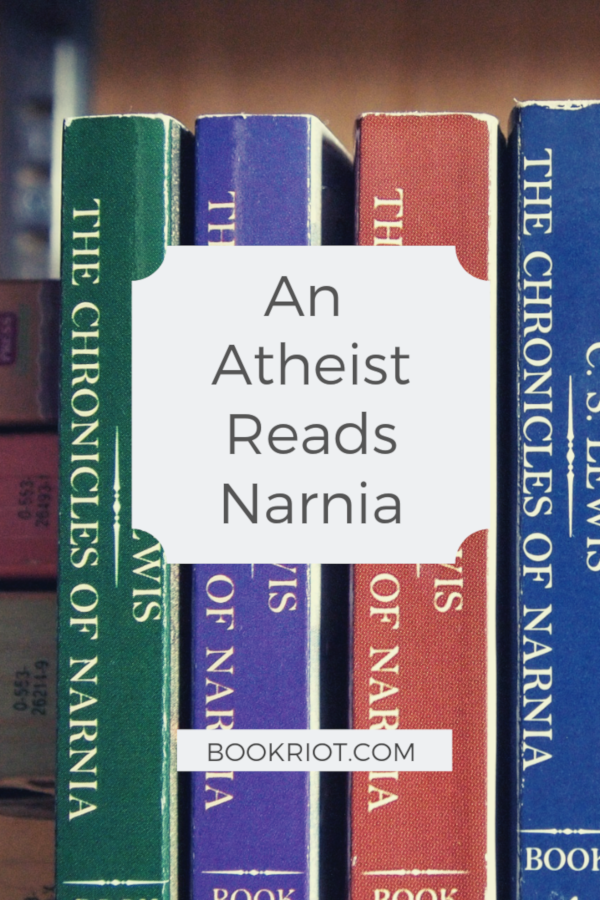 My innocence didn’t last long. Even before I was out of my obligatory altar server years, I had lost interest in church. Tepidly Catholic, I performed the rituals with minimal engagement, mostly to please family members. Then I took an undergraduate art class where I discovered the profit-driven history of cathedrals, after which I took a women’s history elective that taught me a few things I hadn’t learned in religious ed. When the media exposed Rome’s longstanding practice of shuffling pedophiles from parish to parish, my former tepidity, already at a simmer, bubbled into a full rolling boil. I no longer wanted to be Catholic. For that matter, I no longer believed in a righteous God. It seemed insane that I’d ever swallowed such an obvious and flimsy system of exploitation. I was angry—very angry.

But I had a problem. I still loved Narnia.

Driven Out of Narnia

When I read Lev Grossman’s Magicians trilogy last year, I was struck by 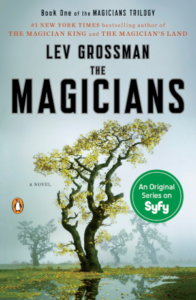 Quentin’s obsession with Fillory, the detailed fictional fantasy land of his favorite childhood book. His coming-of-age wasn’t dissimilar to my experience as a new atheist. Fillory itself is obviously Narnian in spirit. The way that Quentin’s experience with the real Fillory strips its fictional counterpart of the author’s idyllic misrepresentations touched a deep and painful nerve in my heart. Rereading The Lion, the Witch, and the Wardrobe after my epiphany was a miserable experience. There was nothing left of the wonder I’d known as a child—only the propaganda. It was impossible to unsee. I could not have felt more betrayed if I’d discovered that my bedtime stories were actually advertisements for Coke.

Yet I was young and self-aware enough that I still appreciated the redemption subplots that appear in several of the books. The winter-bound kingdom creepily littered with statues remained the same richly developed and immersive world I’d fallen in love with. Narnia had been my onramp to fantasy. In fact, in a household where magic was sometimes viewed with suspicion, Narnia was a Catholicism-approved ambassador. It opened the door to The Wheel Of Time and Harry Potter, which eventually let me progress to Arrows of the Queen, The Handmaid’s Tale, and Kindred. I owed Narnia more than I could deny. But how could I enjoy the series now? Aslan wanted me to believe again.

In retrospect, some of my struggle amounted to the newness of my adult mental privileges. My new worldview solidly broke with my upbringing and I harbored the fear that an adult could show up at any minute and snatch away my precious independent 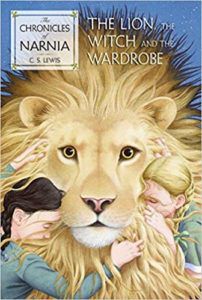 conclusions. Being an atheist who reads Narnia books could put me at spiritual and mental risk. C.S. Lewis could be the man who forbade me to quit God. Thinking for myself felt sinful. At the time, I believed nobody else had ever committed such a trespass.

What I was going through was normal, of course, for an atheist who reads Narnia—or any other Christian-influenced allegory—after coming out godless. I no longer kid myself that my struggle was more profound than that of others who have left Christianity, mostly because I’ve found their books. Hitchens and Hawking and Russell had all laid the trail that I was following, and although they couldn’t completely match my queer female experience of atheist conversion, I was grateful for what they could offer me. If I’d found godlessness in a better time, I might have had Katie Henry and Keshni Kashyap on my side, too.

Over time, I relearned how to pick up the literature that I’d once had to set aside. This wasn’t initially a choice. My work in libraries forced me to read broadly and analytically. For the first time, I had to interpret fiction based on its merits, not just my feelings about it, and see the work holistically. Any given message, even a conversion attempt, was an important part of an author’s artistic statement. I could take it in context instead of personally.

No matter how the book transported me with vivid world-building, my mind remained my domain. I needed to believe that my convictions were strong enough that words couldn’t threaten them, and so what if they could? An atheism that unraveled because of a talking lion in a children’s fantasy novel certainly wasn’t ready to see the light of day.

Yet mine was. I discovered my confidence when I finally reread The Chronicles of Narnia. I enjoyed it, of course. It’s quality fantasy. But what I really got from that read was that I hadn’t been giving myself enough credit for figuring out how I wanted to see the world. By assuming that my convictions were weak, I’d assumed that my mind was weak. I’d tacitly believed that my understanding of the world had something to do with an inner strength that I had only ever associated with faith in God. It turned out that wasn’t true.

My atheism wasn’t a stamp in the shape of the last book I’d read. Jesus didn’t have a magic, word-powered magnet that could suck me into the nearest church. Narnia was just a book with an opinion, and I was just a reader who could choose to accept that it happened to think differently than I did. This was how I discovered, possibly later than I should have, why it’s important to read material that you don’t agree with.

The Atheist Reader Branches Out 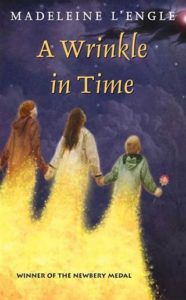 I have now had significant experience with Christian fiction, particularly Christian sci-fi and fantasy. Madeleine L’Engle, Doug TenNapel, and the heartwarming Kerry Nietz classic, Amish Vampires in Space, have all featured in my professional life, and I’ve learned to appreciate them without outright rejecting them as threats. My atheism is less brittle now than when I found it in my late teens. I am less brittle, too. Any godless person who wants to keep loving Narnia needs to be. Because I do love Narnia, I know I can also love other books touched by the shadow of the cross. This makes me a better reader, and possibly a better person. It certainly makes me a better atheist. That may not be a miracle per se, but it’s a gift that I can thank Aslan for.

I still don’t believe in God. However, I do occasionally attend a Unitarian church, and I ascribe to a system of conduct that Narnia influenced. My heart may not belong to Aslan, but he does have a place there. C.S. Lewis has a place, too, on my bookshelf, right between Bertrand Russell and Stephen Hawking. They all seem to get along fine.