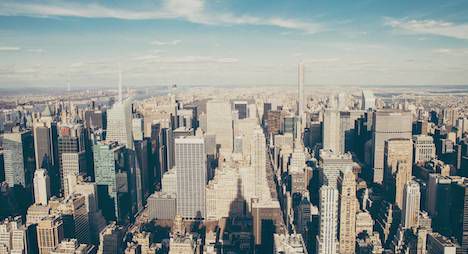 On Thursday, March 16, the New York City Office of Media and Entertainment announced the first book selected for the largest-ever community read in the country. The winner is Chimamanda Ngozi Adichie’s 2014 novel Americanah.

Five books were chosen by committee and presented to the NYC public for a vote. Celebrities made video pitches for each book. Over 50,000 votes were cast, and Adichie’s novel, pitched by actress Bebe Neuwirth, emerged victorious.

The choice of Americanah, the story of two Nigerian immigrants coming to the West and facing hardship, racism, and questions of identity, is a salient one. At a time when immigrants are under attack from the Trump administration, igniting protests and activism across the country, Americanah is just the sort of empathy-building book that makes community reads like One Book, One New York valuable.

As a sanctuary city, New York is home to over 3 million foreign-born residents, a population that has doubled in the last half-century. The city’s legacy on immigration is still tangibly felt, with Ellis Island sitting in the Hudson River’s Upper Bay, attracting over 3 million visitors each year.

To celebrate the choice of Americanah, The OM&E has released a calendar of events taking place across all five boroughs, including readings, film screenings, and talks on a variety of subjects at the heart of the story. Penguin Random House has also developed a reader’s guide to encourage book clubs to form their own discussion around the novel.

It remains to be seen just how far the influence of One Book, One New York will extend, and how many New Yorkers will end up taking part. But with the choice of Americanah, it seems that New Yorkers have made their feelings known on immigration policy. It’s a step in the right direction.