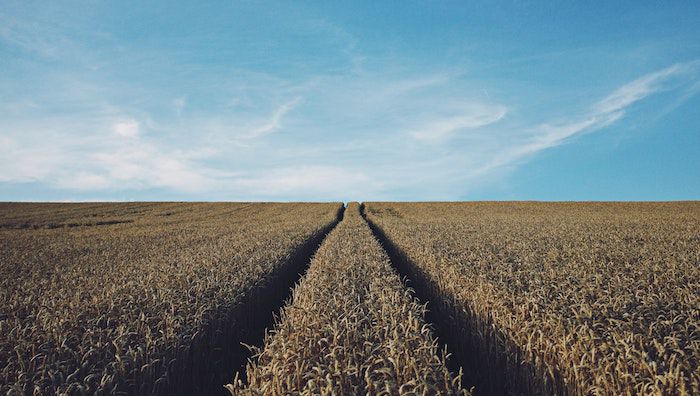 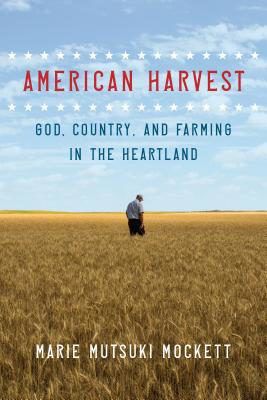 “I am from the coasts,” writes Marie Mutsuki Mockett in  American Harvest: God, Country, and Farming in the Heartland. “Seventeen years in California, four years of college in New York City, more years ping-ponging between East and West Coasts (Cambridge, the  South Bay, back to New York City, and San Francisco.) I have routinely flown over the rest of the country. When I look out the windows of an airplane, I can see them down there: the flyover states, otherwise known as ‘the heartland.’”

I am from Colorado, one of those flyover states. I am the child of people from mountain towns not much bigger size of my suburban high school.  I studied English at a land grant university, and I have worked on multiple horse farms. Now I live in Chicago and spend time when I can with friends in the rural parts of Wisconsin.  Because of where I am from and where I am now, I am often leery of those from the coasts who write about the interior of the country. At best, the writing tries its darndest, but there are blind spots the size of geysers. At worst, the writing is pedantic, painting the rural places as paradises or hellscapes with not much in-between.

Yes, the west and the midwest are beautiful important places, essential to the very survival of the rest of the country. Still, they are also complicated, contradictory, and as diverse as the weather in May. Even though it is spread out, the interior of the country has its own complex cultures and unique set of problems.

American Harvest is a book worth reading. It is careful, self-aware, and in a time where the phrase “supply chain” flows throughout the news it is essential pandemic reading. It also strives not only to understand the most rural parts of the heartland, but to take a good hard look at the growing divide between rural America and its urban sisters.

The nearly 400-page book of nonfiction is the story of Marie Mutuski Mockett, and a crew of wheat harvesters.  Mockett inherits a 7,000-acre wheat farm when her father dies and becomes friends with Eric, the harvester who uses combines to cut her wheat for her family every year.   It is the early days of the Trump administration and the chasms that separate Americans seem to widen by the day. It is as if those from the coasts and those from the interior of the country not only misunderstand each other, but do not even know where to begin the conversation. To see if they can bridge the gap between urban and rural America, Eric invites Mockett to follow his crew for the annual wheat harvest through Texas, Kansas, Colorado Nebraska, and Idaho.

American Harvest is a book about combines and controversy.  Mockett leans into divisive topics throughout the books, including GMOs, race, religion, and identity. She invests in each conversation seeking to contextualize and understand every snippet. It is as if she is answering the question I too have been asking my whole life: “How can good people see the world so differently than I do?”

Her narrative made book made me think of my own experience of a life in-between, and how this book and my narrative sing strange and sometimes disunite harmonies across the prairie.

Unlike Mockett, I “pass” in small rural towns like the ones throughout this book.  I am white, I have big broad shoulders and thick body. There are even drawers of “barn clothes” in my closet and a set of boots that live in the back of the car. I look like a farm girl, but there is a subway card in my wallet.

My best friend from my hometown has a family farm in Illinois. On the phone, I mused  that it often seems like I pass more than she did. “Oh yeah,” she said, “It’s clear I am a relative from out of town, but you could be from the farm.”

As Mockett talks to a group of Mormon women in Idaho about their beliefs late in the book, she reflects: “They have thought of everything, these people who have created this world. I have no idea how to begin to dismantle it. And in my skin, I cannot pass through unnoticed.”  Marie Mitsuki Mockett is mixed race. Her mother was from Japan, and her father a white Nebraskan.  Even though her family had farmed one of section of American soil longer than mine, her belonging is always questioned due to race, where mine never is.  I, too, have tried to figure out how to discuss it with my rural friends in a constructive way, and often failed.  I do not know how to dismantle the toxic racial beliefs that are prevalent throughout all America, not just the rural heart of it.

A large percentage of American Harvest focuses on rural evangelical Christianity. Mockett is not religious, but the crew of harvesters she travels with is. With Eric’s son Juston as her guide, she goes to a different church every Sunday.  She listened to sermons, talking to members of the congregation, and even discussing passages of the bible with the crew. I was flabbergasted continuously at Mockett’s ability to remain so clear-eyed and cohesive throughout each of these sections.  Where I would have run away screaming, she not only stays calm, but does research to give the reader a broader picture.

Other than the occasional cowboy service at a horse show, or a prayer over a loudspeaker at a Rodeo, I never attended rural church and most of my farm friends are secular. I was raised Catholic, which served as a deterrent for the few who want to preach good news in my direction.  I had, however, seen cowgirls use Jesus as a weapon for exclusion. Don’t love god and your country? Don’t want to marry a good Christian man who will settle you down? Well, then, you are not one of us.

What Mockett and I do have in common is a love for people across the divides of our country. Like Mockett, I feel the tug for the country when I return to the city and vice versa. I admire the handy, mechanical self-reliance of both the men in American Harvest and the people in my life.  I love the rural sense of community and the hard-won humor you can only get when a foal dies, a piece of equipment breaks down, or a crop is ruined. It is also easy to find awe in people like farmers who watch the sky, know the weather, and understand the dirt under their nails.

What American Harvest reminded me was that I cannot change people’s mind about their beliefs, but I can make them see people on the other side as deeply human, and maybe that is the only way to start.