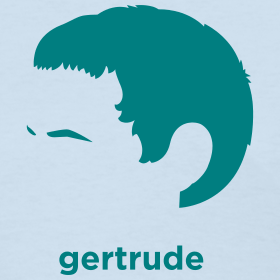 The attack on an LGBTQ nightclub targeting primarily Latinx people within the family is beyond heartbreaking, as it was a visceral manifestation of the fear LGBTQ people live with on a day to day basis. What is also heartbreaking is that many people, including news outlets, tried to erase the importance of the context of the lost lives of LGBTQ people of color. Within days both DC and Marvel tweeted pictures in ‘solidarity’: Superman with a rainbow shield, and the Avengers with a rainbow flag behind them. These actions, in the context of both of these companies’ attitude toward queer people and readers, spoke to me in a manner which reminded me of their role in representation of queer people, especially people of color, and how these characters are often rendered invisible. In a way, DC and Marvel both contributed to the erasure of Latinx and other LGBTQ people of color, especially considering they are the home to two important characters.

Bunker of the Teen Titans and America Chavez of the Ultimates, and formerly a member of the Young Avengers, are two vital Latinx queer characters. They have a notable level of prominence based on their team affiliations and they are but a drop of their identities in a deafening ocean of White and cisgender and heterosexual characters. DC and Marvel could have easily chosen them to represent solidarity with Orlando. They did not. Renee Montoya, DC’s premiere lesbian Latina, could have been chosen. She was not. Any other LGBTQ character, such as Alysia or Thunder, Northstar or Prodigy, could have worked, too. Yet, they chose cishet icons to represent this show of ‘love’ for Orlando.

Adding insult to injury, Captain America, recently revealed to be a Hydra agent, was among the Avengers pictured, betraying readers with this recent reveal and the role of Hitler and his Nazi regime, which is canonically tied to Hydra in the comics, in murdering LGBTQ people during the Holocaust. Given the disappearance of Midnighter and severe lack of queer characters in DC’s Rebirth, as well as Marvel’s refusal to acknowledge queer characters and a publicist’s statement that its heroes are ‘allies’ to the queer community, it’s hard to trust that the Big Two are fully with us when they have so routinely sought to keep us in the margins.

Both America and Bunker are important figures in comics. They are unabashedly themselves, and America is more than happy to stomp a star shaped hole in a villain’s ass just as she would through dimensional walls. Their presence, behavior, and characterization move us toward the possibility of good queer representation of Latinx people and other people of color, without the presence of oppressive pain. They also represent the beautiful lives lost in a senseless act of hostility and malice against our community. We need them in our panels, on our shelves, so that we have someone that looks like us or at least close to us. We need them to be beacons of light in a world that shuts out our voices as though lost among a cacophonous crowd.

Representation is vital, as the media we consume is one of many bricks which compose our cultural framework. The fact that America and Bunker were erased in a time of tragedy by propping up photos of our comic book allies with a convenient rainbow sheen yet again reinforces comics and their role in creating a paradigm which does not see us as human, or at all. This lack of visibility contributes to the narrative that our lives are disposable, that we are not important. It’s these two LGBTQ Latinx characters that are our symbols of solidarity in a time of queer exhaustion and fear. We deserve to see them, and others like them, so that, if nothing else, our love of comics does not have to be tempered by the anger of forced invisibility.

May comics no longer render America and Bunker invisible as the media has tried to do to Edward Sotomayor, Jr., whose boyfriend is alive because of him, and Amanda Alvear, whose last moments were in fear. May these amazing heroes take up the forefront of our minds and our panels, as should Deonka Deidra Drayton and Brenda Lee Marquez McCool, Leroy Valentin Fernandez and Tevin Eugene Crosby. Comics have the power to show queer Latinx and people of color with love, dedication, and care, so that we have a safe place to go when we read about our heroes in capes. Don’t erase America and Bunker and the others like them as people have tried to erase the tragedy of these people and the 43 others who lost their lives that night. Here’s a chance to do something good, to shine a light, so that the context, legacy, and power of being queer and Latinx, queer and a person of color, or just queer at all is never forgotten in our hearts or in this medium which we love.