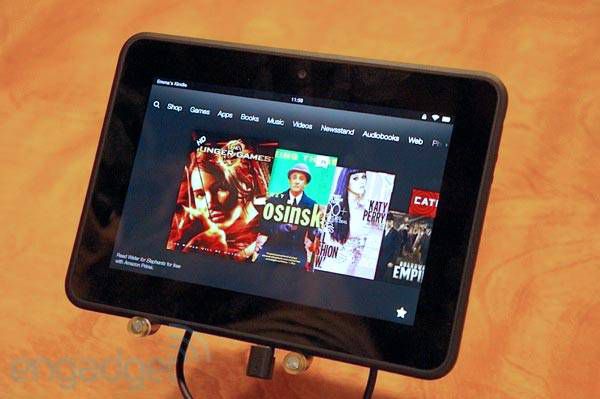 Amazon unveiled its new line-up of Kindle Fires this week, with several new models ranging from a low-end 7-inch tablet for $199 to an 8.9-inch $499 model with 32GB of storage and 4G wireless connectivity. These prices undercut the similarly equipped Google Nexus 7 and the currently available iPads (new iPads are expected this month, including a new 7.85-inch option). 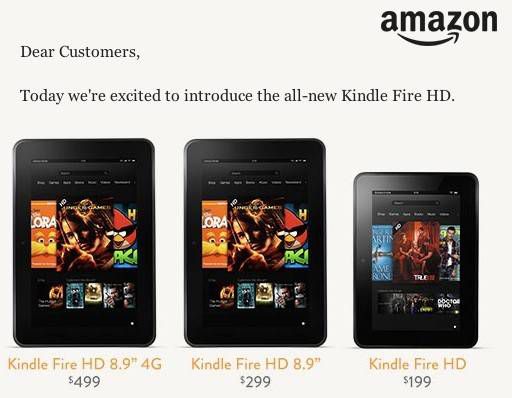 The Verge reports that all new Kindle Fires will display Amazon Special Offers on the lock screen, and that this option can not be disabled by users.

Since introducing the original Kindle, Amazon has priced its ereaders and tablets aggressively, hoping that consumers would buy enough content through their devices to make their ecosystem profitable. In the announcement of their previous generation of Kindles, Amazon revealed an ad-subsidized Kindle that had ads on the lock screen, but came at a overall discount.

The lock screen will display a scrollable, horizontal list of tiles, each representing a currently available deal on music, movies, books, and other content for purchase.

These special offers appear relatively unobtrusive, but it remains to be seen if consumers, who are accustomed to ad-free operating systems on their smartphones and tablets, will accept this strategy.