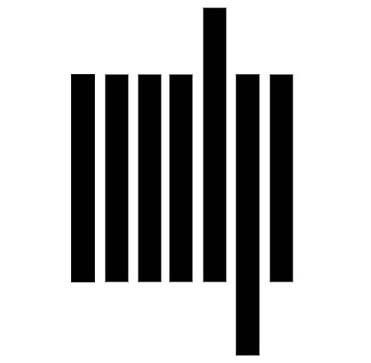 I was perusing the shelves of one of my local comic shops (shout out to The Comic Interlude in Lexington, KY), looking for a new title or two to start. This was a few months ago, when winter still had the country in its miserable clutches. It was probably twelve degrees outside; there was snow on the ground, no doubt, so maybe the warm colors on the cover of ODY-C‘s first issue (seen at left) pulled me in even more easily than they otherwise would have.

I recognized Matt Fraction’s name on the cover. A good thing, since his work on The Invincible Iron Man, Hawkeye, and Sex Criminals is top notch. The artist, Christian Ward, was foreign to me, but when I flipped through the pages of that first issue I knew I was looking at something special.

That first cover offers just a vague hint of the visual brilliance that I found in that issue and each issue since. At first, Ward’s art can look like a mess. Panels are used sparingly or in jarring, off balance arrangements, clean lines are sacrificed in favor of a style where everything threatens to bleed together, and color is everywhere. It’s bold stuff, and a little examination clears up the chaos. It’s not a mess at all, just open and wild and unbelievably deep. The “acid trip” description is easy but apt.

Here’s what I mean:

This is one of the first images from the first issue of ODY-C. Just Odyssia and Co. (ODY-C is a sci-fi gender-flipped retelling of Homer’s Odyssey) marching towards us. But just look at it. Even the rotting corpses are somehow beautiful. Mountains and cliffs in the background, swarming bats, shooting stars, tendrils of smoke rising from the battlefield. War is over, and Odyssia is going home (except of course she really isn’t because, you know, The Odyssey). In a lot of books, art like this would be a kind of heroic money shot, the big moment spread across an entire page or even two. In ODY-C, it’s just another page. Just another jaw-droppingly gorgeous page.

Or how about this fight scene, which treats the edge of the page like a polite suggestion rather than an actual limitation:

Ward shows here that he can work wonders with more traditional panel structures too. The smaller panels inset in the larger heighten the intensity, bringing us closer to Odyssia’s dismantling of a group of foes. The red-soaked image rings with the feeling of contact, of motion and the crunch of breaking bones. It’s a fight scene, over in a flash, that rivals just about anything the big two have ever thrown at us in terms of precision and fluidity.

It’s awesome, simply put, and issue after issue is full of stuff like this. Fraction, to his credit, keeps the script Spartan. Gods and humans a like keep their lines short and sweet, and Ward’s art does a masterful job of filling in the sizable gaps. There are times when I feel like I’d be satisfied just to let the narrative unfold visually, carried along on the waves of vibrancy Ward lays down page after page after page.

I must sound like a raving mad man, but it never stops wowing me. Last one, I promise:

Gah! I mean, just, so, so great, right? And here’s the thing, ODY-C’s art isn’t just pretty. It actually changed the way that I read comics. I came to comics from a pretty straightforward fiction reader background, meaning that the visuals took a backseat to the script and the story. I read stuff like Watchmen and Y: The Last Man exactly like I read Margaret Atwood or David Mitchell: quickly and to see what happened next. That’s not to say art didn’t get considered, but as long as it didn’t actively annoy or distract me, I didn’t pay too much attention to it. ODY-C forced a shift though. I was so struck by what Ward had put on the page that it made me slow down, to do a better job of considering the art and words as a unified force. The narrative, I realized, wasn’t going anywhere, and when I eased through the pages, taking time to observe the sheer mass and depth of ODY-C‘s beautiful pages, I got a whole heck of a lot more out of my $3.99 than when I just mowed through an issue.

Now, not every comic is illustrated like ODY-C, but there’s a lot of wonderful art out there, and I’d been short-changing myself for a good long while by not relishing the good stuff. Thanks to Christian Ward and ODY-C, I won’t make that mistake any more. The first ODY-C trade is now available. Pick it up and feast your eyes.