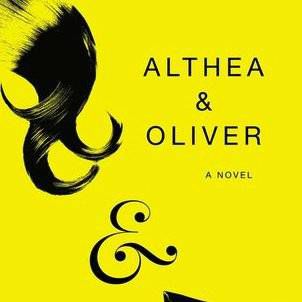 y favorite scene in Cristina Moracho’s exceptional YA debut, Althea & Oliver, is less than a page long, and I’ve read it so many times that I can easily recite it from memory. Oliver has been having episodes where he’ll sleep for weeks at a time, unresponsive to attempts to wake him and unable to remember anything he said or did during his infrequent conscious moments. Oliver’s mother sits him down to tell him that she’s found a doctor who has a name for what Oliver has, that it’s a diagnosable disorder, and that there are a number of teenagers in this doctor’s care who are dealing with the exact same thing. Oliver’s response to this news is immediate, intense, and complicated; he’s overcome with relief that he isn’t the only one, thrilled that his demon has a name but furious that it picked him to torture. It’s only in Oliver’s response to this news that you find out how truly scared he’s been of people thinking that he was crazy, and of believing that himself. Moracho’s writing in this scene is remarkably evocative and precise; she accomplishes in a few sentences what many very good writers would take pages to say. After I first read this scene, I spent a good chunk of time staring at a spot on a wall asking the same question over and over. How did she know? HOW did she know?

I spent most of high school and college asleep. I could stay awake when I had to, but left to my own devices I’d sleep for upwards of 14 hours a day. A series of doctors told me that it was because I was still growing, because I was depressed, because I had a thyroid problem, because I was deficient in vitamin B12, because the dental fillings in my teeth were leaking toxins into my blood stream. Nothing that they tried made a difference. After my sophomore year of college, I spent a day in a sleep lab with wires pasted to my head so my brain waves could be charted overnight and during a series of naps the following day. A week later at my follow up appointment, the doctor told me I was narcoleptic. “That’s not possible,” I replied. “She’s a psychology major,” explained my mom, who loves me enough to somehow believe, among other impossibilities, that two semesters of intro classes easily made me more qualified on the subject than any medical professional could be. The doctor explained that my brain wasn’t consolidating REM sleep the way it’s supposed to, and that while I might not be falling down asleep suddenly and uncontrollably the way many people with the same problem do, my brain activity clearly fit the clinical definition for narcolepsy.

This should have been bad news. Finding out that your brain is malfunctioning in a way that can only be managed but not fixed, and knowing how hard you’re going to have to try to keep something as innocuous-seeming as sleep from stealing pieces of your life- eventually I’d realize, and come to peace with, the weight of this diagnosis. I would understand that things would always be hard for me in a way that it isn’t for most people, and I would be angry that this stupid thing was living in my frontal lobe rent-free and I couldn’t kick it out. Initially, though, I was elated. My reaction scared me a little; it was like I caught myself laughing at the scene of a plane crash. The amount of relief I felt to know there were other people like me made me realize that my central fear in all of this was that I was the only one.

I’m The Only One is the defining statement of the teenage experience. You are always either trying to prove that you are the only one when it comes to your good attributes, and that you’re not the only one when it comes to your bad ones. Everyone wants a spotlight for when they’re on stage, but no one wants a monster personally assigned to them alone. Most of the greatest emotional experiences we have in high school associated with the joy of finding out that we are alone and exceptional in a specific situation, ability, or capacity, or with the relief of discovering that you’re one of many when dealing with fears, shortfalls, and limitations. I often hear people say that all great narratives boil down to one of two themes: leaving home, or finding home. The Illiad is leaving home, The Odyssey is finding home. LeBron going to Miami is leaving home, LeBron coming back to Cleveland is finding home. Star Trek is leaving home, Star Wars is finding home. I think that all great YA fiction is similarly split into two camps: I’m The Only One or I’m Not The Only One.

After I read Althea & Oliver, I met Cristina Moracho at an author event. “You must be narcoleptic, too!” I opened with. She wasn’t. “Then you must have someone close to you who is.” She doesn’t. After a long pause, I asked her how she knew. “How did I know what?” she asked, confused. I don’t remember my response, but I know it couldn’t have been a satisfying answer, because for weeks after I was still processing the fact that she conveyed my real-life response in her character so precisely and perfectly without having experienced it. I’ve long believed that the best books are the ones where the reader sees pieces of themselves in the characters, and that this is particularly meaningful and powerful in YA novels because teenagers need so badly to know that they aren’t alone. The definition of a great YA writer is one who gets a reader to ask How Did You Know.

I have spent a decade watching YA cycle through using various mental and physical disorders as plot vehicles, and I’ve made countless jokes about how disappointing it is for me that no one will ever write The Great YA Narcolepsy Novel since having a character sleep through most of the story does not make for a captivating narrative. Althea & Oliver is a huge and exceptional book for me because it reflected an experience that I’ve always felt alone in having. It’s a huge and exceptional book for everyone because Cristina Moracho is the rare writer who can masterfully portray powerful emotional responses in situations entirely foreign to her. How does she know?