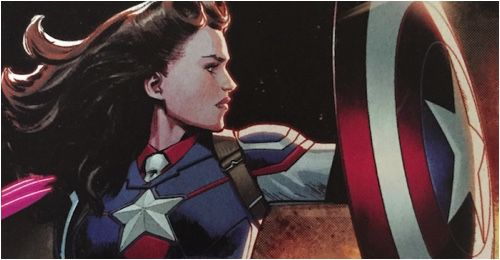 Do you like Doctor Who? If so, you’ll probably love Marvel’s Exiles.

In case you haven’t read any Exiles titles, the Exiles are a super team made up of heroes from different alternate realities. Usually they’re led by Blink, a teleporting mutant from the Age of Apocalypse, who uses a device called the Tallus to jump realities and complete missions in universes that need her and her team.

…or does the Tallus use her to get from one reality to the next? It’s old tech. It sort of breaks down a lot, but when it works, it’s BOSSY.

The latest iteration of Exiles—written by Saladin Ahmed and pencilled by Javier Rodríguez—has been a delightful ray of pure sunshine on my pull list this year.

This team—which includes MCU’s Valkyrie, an older, harder Kamala Khan, Nathaniel Richards as Iron Lad, and an adorable Wolverine—has visited some weird Marvel alternate realities, ranging from gritty to adorable to just campy, and it has been so much fun.

If you haven’t been reading it, let me introduce you to Exiles by way of the nine alternate universe characters that made me gasp, squee, or laugh out loud when they showed up on the page. 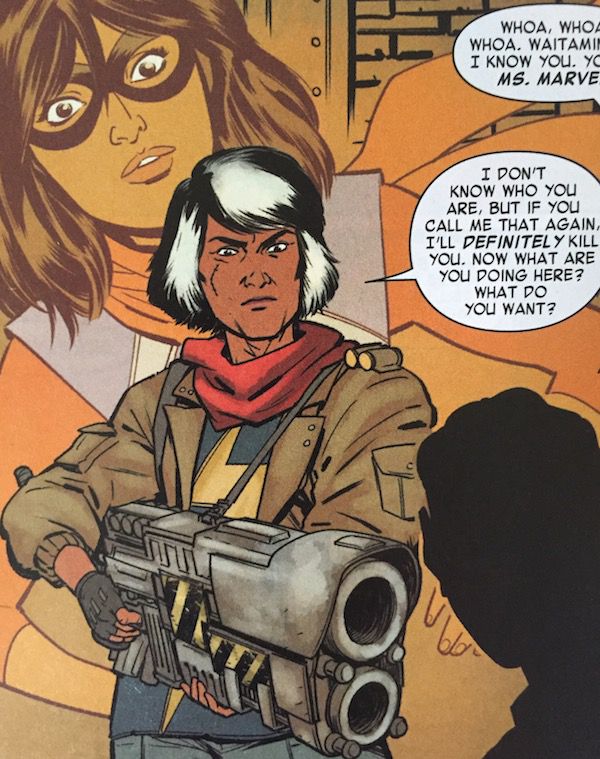 Khan
You know how Ms. Marvel is fun? Khan, her alternate-reality counterpart from an apocalyptic future, isn’t that. Khan is older, wiser, and justifiably bitter. Still, you’ll love her because she’s Kamala freaking Khan. 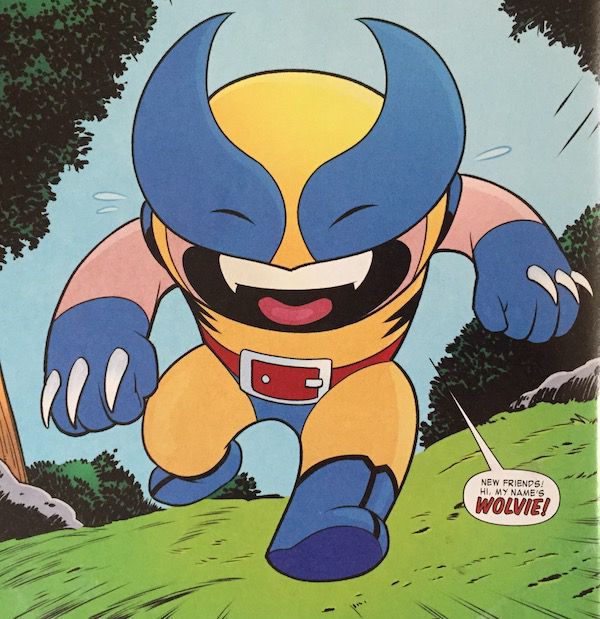 What’s small, yellow and blue, loves pie, and has an adamantium skeleton? WOLVIE! A version of Wolverine from an impossibly kawaii universe, Wolvie is the cutest member of the Exiles, and the team’s heart. Also, it’s probably good that no other version of Wolverine has met him, because the shock of meeting him might be the only thing capable of killing them. 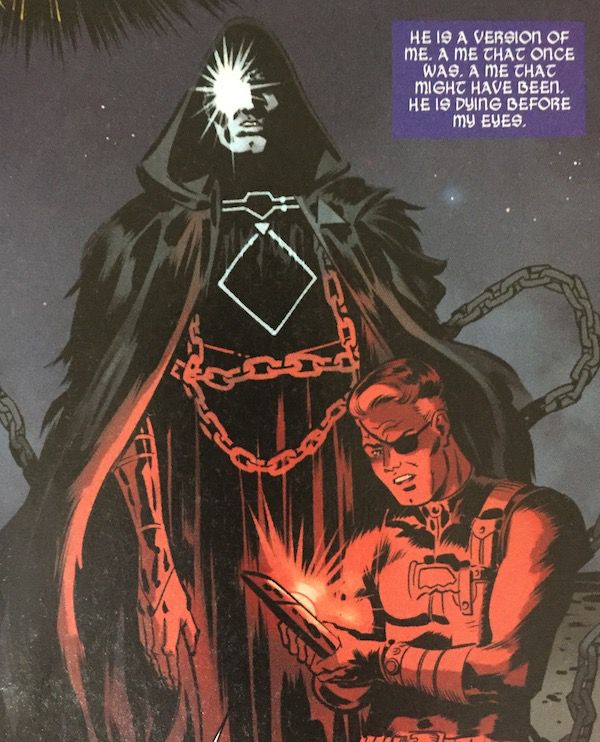 The Watcher is stuck on the moon, doomed to watch time pass him by. He’s also the guy who sends the Exiles on missions, because even when he’s dressed like Sandman and feeling really sorry for himself, Nick Fury cannot stop sending teams on missions. He just can’t help himself. 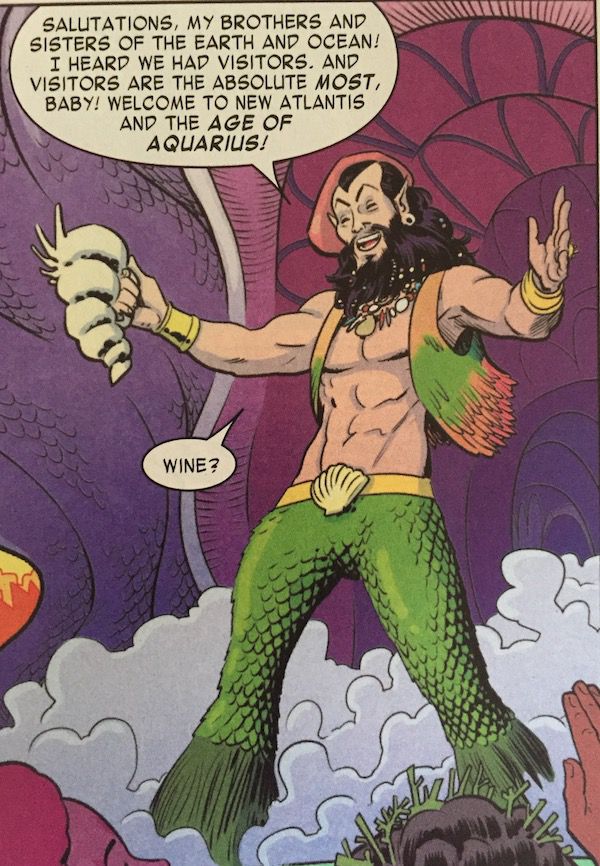 The Exiles find this version of Namor at a Woodstock-like music festival in  a literal octopus garden. He is way more fun than regular Namor. 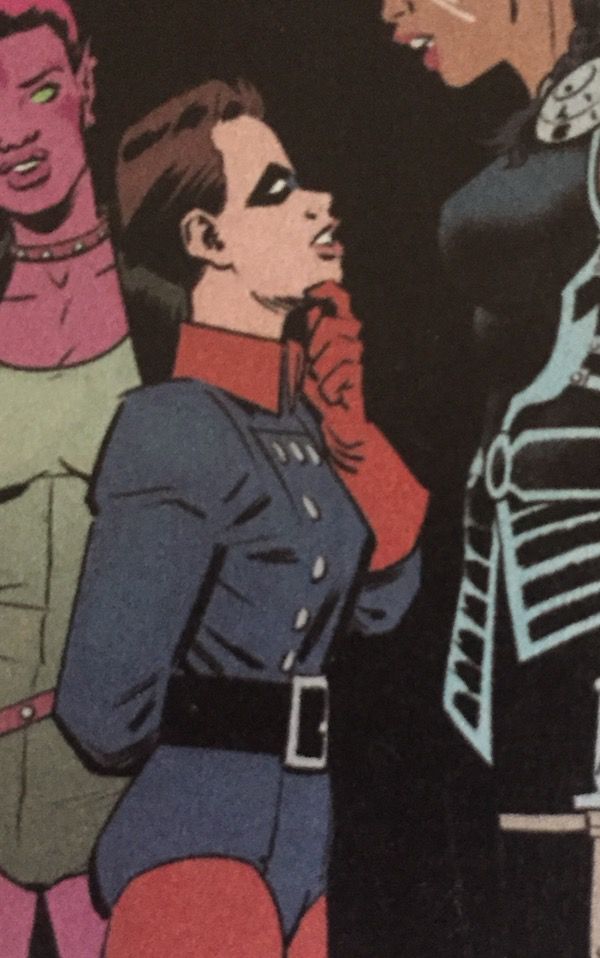 A gender-swapped version of Bucky, the wise-cracking Becky Barnes shows up twice, in two alternate realities, in the first arc of this book. Valkyrie can’t resist either version, so here’s hoping we get many more Beckys, because they are adorable together. 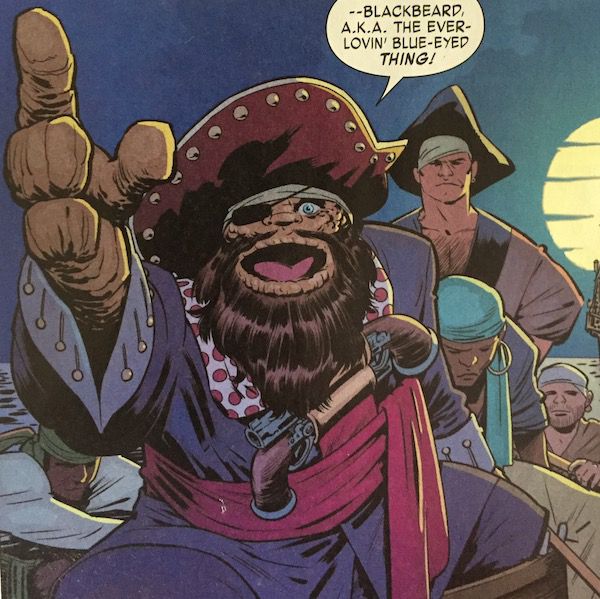 Did you know The Thing could grow a beard? Me neither. Captain Thing is from a particularly ridiculous pirate alternate reality that I want a whole series about. He is a noble scoundrel who battles against the British Royal Navy, which brings me to my next fave…

The Juggernaut, but a ship

I don’t know why this made me laugh so hard. I don’t even think he had any lines. It was just funny that Juggernaut had to keep his face underwater all day and let people live on him until it was time for a battle at sea. 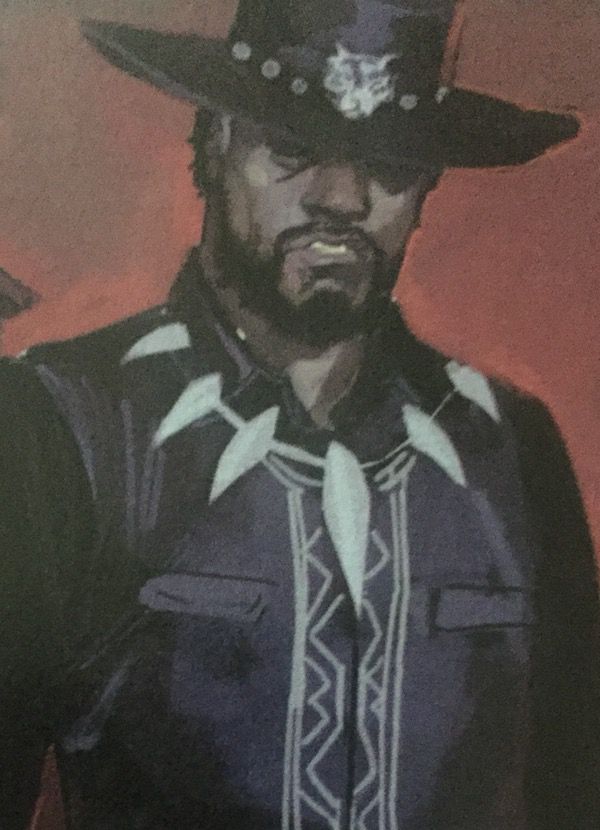 Why, who ever is that mysterious stranger? It’s Black Panther, but as a cowboy in a western alternate reality.  T’Challa is a perfect spaghetti western hero—he’s quiet, serious, noble, and good in a fight. He also looks awesome in his cowboy getup. 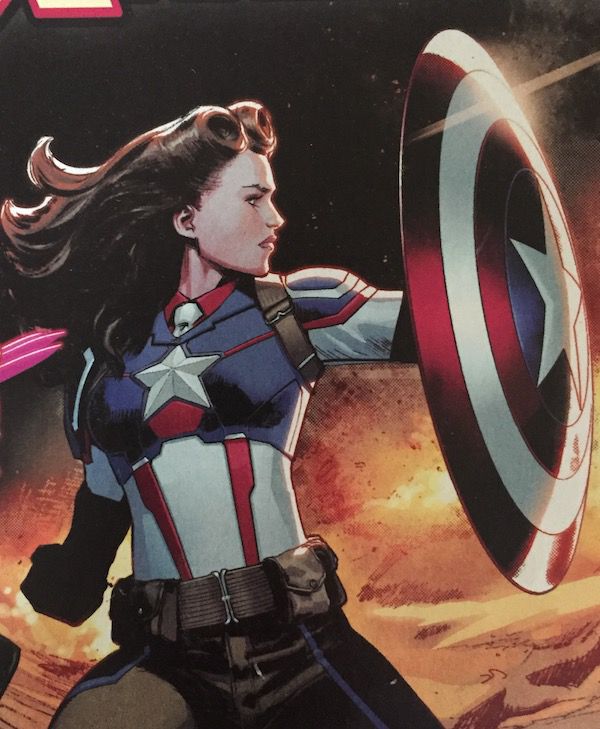 In her alternate universe, Peggy has taken up the shield against Red Skull. A version of Agent Carter taken from the Marvel Puzzle Quest game, this Cap is everything you’re hoping for and more. Who do we have to beg to get a Captain America—Peggy Carter book, Marvel?

Who are your favorite Exile alternate universe characters? Leave your answers in the comments.