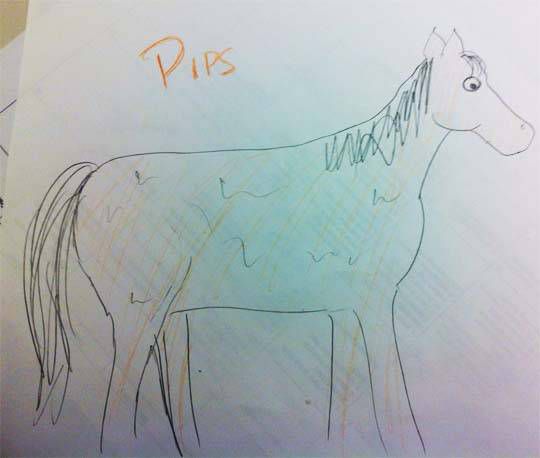 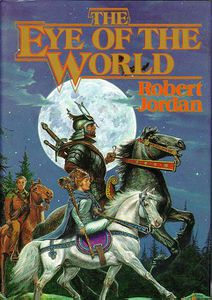 Jenn and I have kicked off our epic What the WoT, a reading of The Wheel of Time by two readers who gave it up just to get back in.

A few stories came out of our in depth recap reading. This is one of them.

First, I’ll start off with something true.

I don’t like horses. I was never the girl who wanted a pony when she grew up. Despite this, my mom signed me up for horse riding day camp when I was 14. I was miserable. Horses smell, and get sweaty, and ugh, currying? I’m Indian and all, but no thank you. (Badum-bum. Ethnic AND animal humor!)

This all connects, I promise.

We used Encyclopaedia WoT for our chapter-by-chapter summaries. These summaries were complete with footnotes and hyperlinks, and seemed to be the perfect amount of information.

At least, I thought as much until I started noticing something odd. Every time a character was on a horse, they gave me the name and hyperlinked it. If not in the body of the text, sometimes, they even linked to a footnote just to tell me the horse’s name. And every horse had its own page, telling me every single character who had ever ridden it and what book they’d ridden it in. I was learning words like “bay” and “gelding.” Gross.

I sent this email to Jenn:

These summaries all make a really big deal out of what horse each person is riding. Like I really need to know that Perrin is on Stepper and Lan is on Mandarb.

It was happening so frequently, that I decided to start chronicling the horse’s names in our WoT Google Doc. At first, I was just listing them:

Then I started putting in commentary about the horses and their riders.

Mat is currently riding a horse named Pips. CUTEST EVER? I think so.

Wind. Wind belongs to one of Mat’s projects named Olver. And literally every time they mention Olver, they mention that he named his horse Wind. This has happened three or four times now. I GET IT. I GET IT!! HE HAS A HORSE NAMED WIND.

Oooooh, Min’s horse is named Wildrose. Methinks the lady is a bit of a lady after all!

Perrin has a new horse from the Sun Stables. His name is Stayer.  In case you were wondering.

Rand’s going to claim a war horse… and name him Tai’daishar (Lord of Glory in the Old Tongue)! (“Tye-dye, Shar!” in my head).

Strangely, despite my anti-horse-ness, I found myself getting irritated when they didn’t tell me what horse someone was riding. How dare they give me these expectations and then fail to meet them?

Siuan, WHAT ARE YOU RIDING?

Lioness —- and now Lioness is dead. First horse death. I’ll pour one out for her later.

Dang, since she killed her horse Lionness by accident, Elayne just got a horse called Fireheart. Upgrade? Yes.

Oh no, another horse death! Goodbye dear Swallow, we knew you kind of.

I got sassy and over critical of the horse names.

Nynaeve is currently riding a horse called Loversknot … KUSHIEL’S DART CROSS OVER?! I THINK SO.

… Birgitte’s horse is named Arrow. Not one for subtlety, our Jordan.

We’ll see if my horse notes continue while I’m actually reading A Gathering Storm instead of just recaps. My guess would be no. But I’m going to miss those footnotes. What if they never tell me what happened to Cat Dancer??

I still don’t like horses, but… I do like Mat. And his horse Pips. Here is my fan art of Pips, he of the “blunt nose” with “a deep chest and strong withers.” (Full disclosure: I don’t know what withers are.): 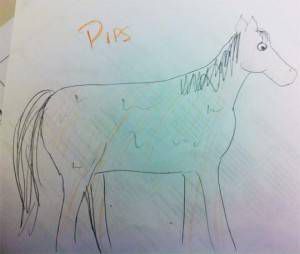