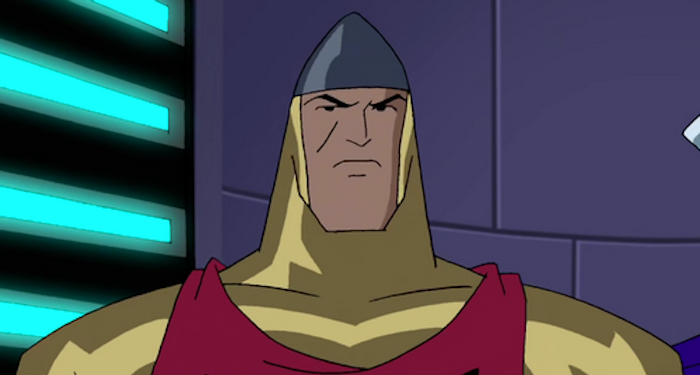 With Stargirl making her debut on the CW back in May, it only seems right to give some airtime to her predecessors, and those of the Justice League, the members of the Justice Society of America (JSA). A war time (WWII, specifically) hero group that included the original Flash (Jay Garrick) and the original Green Lantern (Alan Scott), the JSA formed after Hitler acquired the Spear of Destiny (powerful mystic weapon) and received a captive Flash and Green Lantern as gifts from one of his scientists. Summoning an army of Valkyries the two heroes were unable to defeat, Hitler moved to take Britain. Doctor Fate (weird mask, cryptic messages) sensed a disturbance in the…(insert trademark phrase here) and summoned other heroes to join in England’s defense.

The JSA wasn’t alone. Fighting along side them was… 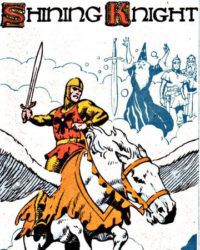 Portrayed on Stargirl by: Mark Ashworth (if a storyline that appears to be borrowed from Stars and STRIPE follows through as anticipated)

On his way to make a bid for a seat at the Round Table, Justin rescued an elderly man, who turned out to be Merlin, from danger. Merlin enchanted Justin’s sword and poofed wings onto his horse,  giving him a distinct advantage in said bid. Justin did quite well for himself as one of Arthur’s knights until an ogre kicked his ass and threw him into the ice where he remained for 1300 years (and Cap thought he had it bad).

Justin and his horse were found by an archeologist in 1941 and defrosted with absolutely no physiological consequences whatsoever as is typically the case in comics. Justin decided that vigilante was the next best thing to knight. He took the hero name Shining Knight (absolutely no ego there, modest as the day is long) and joined first the Seven Soldiers of Victory and later the All-Star Squadron (JSA Plus Ultra). When WWII arrived on British shores, Justin felt it was his primary duty to defend his homeland and became Winston Churchill’s bodyguard (super yikes), also acquiring a sidekick who went by the codename…wait for it…Squire (someone really burned the old brain cells coming up with that one, I’ll tell you what).

After the war, Merlin reached out across time and space to call Justin home; Justin felt the modern world needed him more (and also possibly decided he liked not dying of the plague) and stayed based in the 20th century, though he did take occasional side quests back to Camelot until the kingdom fell to the machinations of Morgan le Fay. 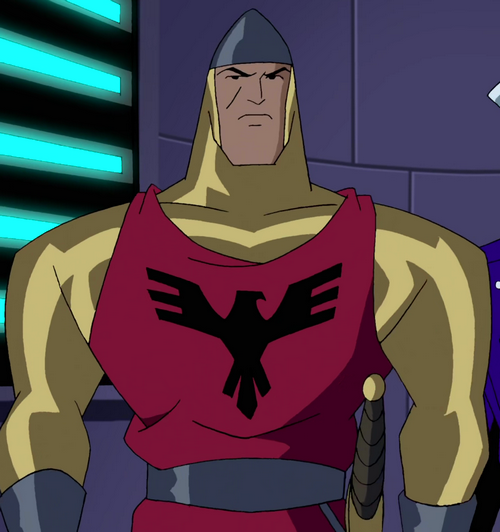 There were time shenanigans after he and the Seven Soldiers of Victory defeated a villain named Nebula Man who apparently didn’t die so much as explode. This broke everyone down to their component atoms, and those atoms went back in time and also dispersed through space and everyone went somewhere and somewhen different, but all of the atoms belonging to a given individual stayed together and reassembled and Justin ended up with amnesia serving Ghengis Khan. So…sure, that was a thing that happened. He made it back to the future relatively quickly with the help of the JSA and JLA but didn’t recover his memories until much, much later, at which point he discovered his beloved had been murdered, his old sidekick had been murdered, and he was a high school janitor—no disrespect to janitors but that has got to be one of the grosser jobs on the planet.

As a final kick in the teeth, Meltzer decided to use Justin in Identity Crisis after which he disappeared and FFS, no one deserves to go out that way.

Shining Knight was briefly resurrected for an appearance in 2009’s Justice League: Cry for Justice, recruited by Jay Garrick to help fight Prometheus. You’d think they could have left the guy alone but nooooo.

Stargirl is currently featuring a janitor named Justin who appears to be keeping an eye on Courtney (because, you know, that’s not creepy) and occasionally mutters about dragons. Survey says he’s going to end up being an amnesiac Shining Knight; we’ll find out soon enough.