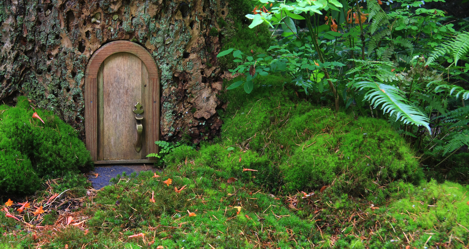 The presence of the extraordinary appears in the 30 novels written by American novelist Alice Hoffman. What follows are nine extraordinary (and enchanting) passages by Hoffman that focus on the history and landscapes of Massachusetts and New York City and the particular challenges of coming-of-age witches.

There is a comforting, nearly folkloric distinction to Alice Hoffman’s fiction. Her lyrical prose remains serene as her characters reveal their strengths and weaknesses when hit with life’s more challenging events—death and betrayal, catastrophic illnesses and abandonment and loss.

When reading Hoffman, the reader may think they are reading a fairy tale. Hoffman readily acknowledges the influence that fairy tales have had on her work. “I always love the way that fairy tales are told in a realistic voice, a kind of blending of the real and the fantastic,” Hoffman stated in an interview with The Writer magazine last October. 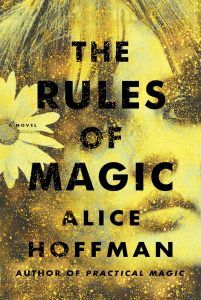 1.) Franny had decided that magic was not so very far from science. Both endeavors searched for meaning where there was none, light in the darkness, answers to questions too difficult for mortals to comprehend. Aunt Isabelle knew her niece was there on the stairs taking notes, but said nothing. —The Rules of Magic

2.) By now he was known in the clubs. Some people knew him from the Jester, and when they called him the Wizard the name stuck. When he spoke his voice was so soft that whomever he was addressing had to lean in to hear, and then some sort of enchantment happened. Rumors began. People said he could pick your pocket without ever touching you. He could swipe a song lyric right out of your head; he seemed to know what you were thinking or maybe you’d blabbed a chorus to him and when he added a chorus he made it so much better than anything you could ever dream up. He carried a book of spells with him, and for the right payment he could make things happen for you. The unexpected became real before your eyes. In The Magus there was a forgetting spell, which he cast upon himself. Still, he must have recited it incorrectly because he felt a spark of his true self when he was walking through the park at night. He heard his own heartbeat then and felt a quickening in his blood. He wondered what it must be like to open the door to a different life, one in which he did not hide in taverns or walk in the dark. —The Rules of Magic

3.) Franny stood up, took a deep breath, then lifted her arms in the air. As she did a cold wind gusted. The crow swooped off its branch and came to her just as the sparrow had in their Aunt Isabelle’s house, as the heron had walked to her, as birds in the park were drawn to her from their nests in the thickets. This time, however, Franny was caught off guard by the sheer weight of the bird and by the way it looked at her, as if they knew each other. She could swear she heard a voice from within its beating breast. I will never leave you unless you send me away. —The Rules of Magic

4.) When Vincent walked through Washington Square Park he could hear the thoughts of the people he passed by, such a ragged outcry of emotion he sometimes thought he would go mad. He understood why Jet seemed not to care that she had lost her gift. It was awful to hear the voices of dead paupers buried in unmarked graves beneath the cement paths. All but forgotten, they cried out to anyone who might hear them. For them the world had been a veil of tears. The murdered, the abandoned, the ill, the ruined, victims and criminals alike all cried out to him. He’d wished he never had the sight. What had been a game when he was a boy had become an affliction. He had no desire to tap into other people’s pain, to know them better than they knew themselves. He took to wearing a black cap woven out of metal thread in an attempt to shut out his clairvoyance. He’d found the cap on the Lower East Side, where he’d bought his first book of magical instructions. —The Rules of Magic

5.) He knew the creed he’d been taught by their aunt, the first rule of magic is, Do no harm, but that was not the world he was drawn to. Hexes, curses, conjuring for causing spiritual sickness, such practices could be addictive, especially when customers were willing to pay high prices for them. —The Rules of Magic

6.) Witches take their names from places, for places are what gives them their strength. The place need not be beautiful, or habitable, or even green. Scrub pine, plumbery, and brambles, even better. From every bitter thing, after all, something hardy will surely grow. From every difficulty, the seed that’s sown is that much stronger. —Blackbird House

7.) She took the M1 bus to the end of its route, the walked to Washington Square Park, where she stood beneath the historic white arch. The Hangman’s Elm, said to be over three hundred years old, stood in the northwest corner of Washington Square Park. That was where witches were said to gather. The last execution in Manhattan took place in 1820, when a nineteen-year-old slave named Rose Butler was hanged for burning down her master’s house. After that most people avoided the tree after dark, or at least they made certain to keep lavender in their pockets to bring them luck when they passed by. Folk magic could always be found in Manhattan…Divination and palmistry were studied. After the revolution magic was so rampant, with peddlers selling forbidden books hidden in black covers, that ministers preached against it from the pulpits. The craft was dangerous and unpredictable, and witches were difficult to control, for they had minds of their own and didn’t hold to keeping to the law. —The Rules of Magic

8.) Most people wear black for mourning, but my mother wasn’t like most people. When my father died, she tinted all our clothes red, from the tree sap we called dragon’s blood. People in town used to think my mother was a witch, now that talk started up again. There was suspicion that my mother had dug up my father’s grave, that she burned what was left of him on a pyre made of oak branches so she could keep his ashes under her bed. A witch without love was dangerous. People tried to talk to my mother, and in response she spat on the ground; she tore at her own flesh so they could all see how red our world had become. —Blackbird House

9.) They were thinking about their mother when she was young, and the rules she made up to protect them. They had their own rules now. Franny cast a circle in the gravel beside their table. Then she took one of Lewis’s feathers that she had in her pocket. She let the feather fall. Outside the circle, and their brother was gone. But it landed inside, right in the center. It was good news. He was somewhere close by. but when the feather blew away they knew the other side of the truth. He was lost to them now. —The Rules of Magic