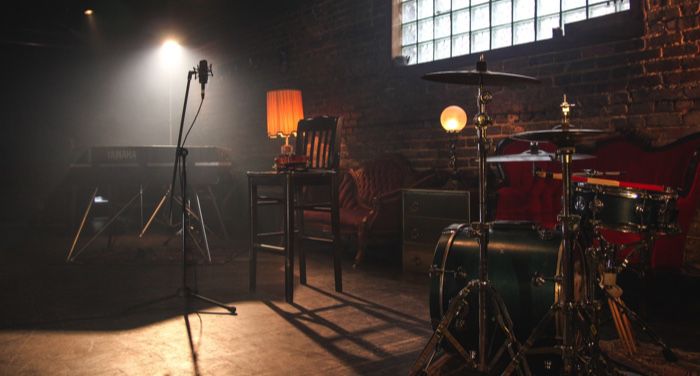 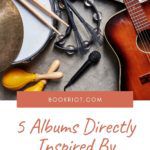 I love when art jumps medium. Like watching the many productions of Mary Shelley’s Frankenstein, whether it was shadow puppet group Manuel Cinema’s version or the National Theater’s epic production with Benedict Cumberbatch. Or finding out that writer Gerard Way of the Umbrella Academy was a lead vocalist of My Chemical Romance. Or learning that the painting titles of my favorite artist René Magritte served as inspiration for some of my favorite murder mystery writer Rex Stout’s novels.

So as an amateur musician, I was super stoked about finding entire albums directly inspired by literary works, whether William Shakespeare or Dorothy Parker. Here’s a list of five albums that are inspired by masterpieces of literature.

This jazz album is honestly the inspiration for the piece.  It’s an entire album inspired by Shakespeare, with each track tied to a specific person. I had never known about this album until we played the title track in my Swing Band class. The phrase comes from A Midsummer’s Night Dream: “I never heard / So musical a discord, such sweet thunder” but the track refers to Othello. Other songs refer to Lady Macbeth, Cleopatra, Hamlet, Romeo and Juliet, and many others. The entire album is bursting with liveliness and  genius, much like Shakespeare’s work himself. Ellington does to notes what Shakespeare does to words, in my humble opinion.

Here’s a version of “Such Sweet Thunder”:

Edward Lee Masters’s Spoon River Anthology lends itself to the world of music easily. The poetry book is a series of epigrams written from the perspectives of people in a town…in their graves in a cemetery. They tell the complex tale of a town where it doesn’t matter if secrets are exposed—the bad wives and husbands, the illegitimate children, or the town drunkard chortling because he’s buried near the respectable people. Richard Buckner, American singer songwriter, has put the poems to song on his album, the name taken from the introduction poem “The Hill” in the Anthology.

While most people think of Dorothy Parker and her sharp tongue, Parker was also a poet with beautiful, sometimes heart-wrenching poems like “A Very Short Song” or “Bric a Brac.” Chicago-based musician Katie Ernst has taken these poems and others and set them to jazz that she sings and plays bass with her quartet. It’s a beautiful album, full of gravitas that I hadn’t expected when I learned the source material.

John Dowland: Song of the Labyrinth by Sting

I learned of this album thanks to my guildmaster Nikolaus der Ausländer when I played in a Medieval/Renaissance  recorder band in graduate school. John Dowland (born 1562/63, died 1626, London) was an English musician, singer, composer, and letter writer. The album is a mix of Dowland’s songs as well as letters about courtly life. Sting sings it more akin to the style of the time instead of making the songs more jazzy or rock and roll, so it warms my heart that loves period music. There are other versions over the years—some more operatic but I agree with Nikolaus’s assessment that Sting has the right voice for it—full of anguish and woe that blends well with the content matter.

Last but not least is Chilean poet Pablo Neruda, best known for his love poetry and The Heights of Macchu Picchu. Brazilian singer and composer Luciana Souza created this 10-track album of English translated poems in honor of his 100th birthday. Songs include poems like “We are Many” and the heart-wrenching “Tonight I Can Write.” As a closet percussionist, I love the combination of her voice with various percussion instruments.

These are just a few of my favorite albums directly inspired by literature. Want more music and literature? Check out this list of 29 Popular Songs that Reference Classic Books and 9 Perfect Book-Song Pairings.