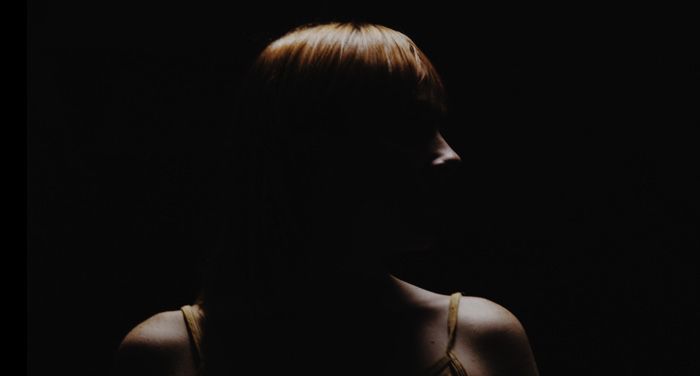 Agoraphobia isn’t talked about much when we talk about mental illness. When it is, inevitably someone will either genuinely or “jokingly” confuse it with arachnophobia (the intense fear of spiders). Rarely it’s discussed by a celebrity, like Kim Bassinger in the early aughts HBO documentary Panic: A Film About Coping — which I think most people aren’t even aware of — but generally the only famous people discussed with agoraphobia are people who have died.

Mental illness has never, and will never be, a one size fits all. Many of the illnesses themselves make it difficult for the person experiencing them to reach out and piling on top of that a society that adds to the stigma leaves so many people alone, vulnerable, and feeling trapped when help does exist. We should be creating a world where people have an easy and accessible way to reach out where they will be met with understanding and patience rather than mockery, stigma, or fear. We need to get to a place where we talk about depression, anxiety, obsessive-compulsive disorder, agoraphobia (insert the whole list here), the way we do the flu or a broken arm. Imagine how many more people would seek help. The challenge in accessing health care is a connected, equally important conversation.

Sometimes learning about a thing helps us be a better human about it to others. Sometimes it helps a person to see themselves, or find language for how they’ve been feeling. So let’s start with what agoraphobia is: “a type of anxiety disorder in which you fear and avoid places or situations that might cause you to panic and make you feel trapped, helpless or embarrassed.” So a component of agoraphobia is avoidance. Often stemming from trauma and/or anxiety and/or panic attacks/disorder. Agoraphobia can range from avoiding certain situations, places, or things to not being able to leave your house or even a room. It’s avoiding places and things that feel unsafe or that could potentially feel or be unsafe and seeking to remain in a safe, controlled environment. The larger the scope of the avoidance, the more hindering it is to the person’s life. People without agoraphobia found out the difficulties of having many things reduced in their life if they went into the two week lockdown (or longer) during the pandemic. How many systems were designed for in-person only?

So why don’t we talk about agoraphobia? I don’t have an easy answer to this, nor do I think anyone does, or can, as it’s probably many factors. A component is how difficult it is to speak about mental illness. For starters, how do you talk about a thing that can at best feel abstract in your mind? Or leads to more anxiety or panic when discussing it? Even if you find the words for it, will you feel ridiculed? Misunderstood? Feared? Vulnerable?

Finding books with agoraphobia in them required me to really search and the results were far from plenty. I was however able to find books in different genres. Here are the books I found and read, in this order, that dealt with agoraphobia to some degree. If you’re looking to understand it more for yourself or someone else, I hope something here helps you to at the very least feel less alone and start a discussion. 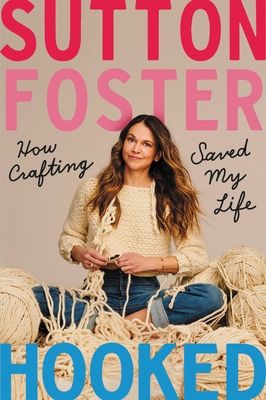 Hooked: How Crafting Saved My Life by Sutton Foster

This memoir as a whole is a beautiful book, with a creative twist, where Sutton Foster (Younger) tells stories from her life paired with the creative project that helped get her through it — like painting and crocheting. She always had a difficult relationship with her mother, because her mother was emotionally abusive. Her mother also dealt with agoraphobia, at one point to a degree where she avoided seeking medical help for long enough that she ended up dying from cancer. It is not the focus of the book, but there is a portion where Foster tries to understand, or does a lot of questioning, regarding her mother’s mental illness. While it does take a from-the-outside-looking-in approach, which can be dicey at best, I felt that Foster’s memoir seemed overall written with care as she balanced the separate issue of abuse from her mom and returning home to help her mom when she ended up in the hospital. It showed how difficult it was for her mom to get help — although we never see her perspective — and how no one around her knew what to do.

It’s not surprising that the audiobook, read by Foster, is incredibly narrated. And this is one of those memoirs where you do not need to know of the person for you to enjoy it. 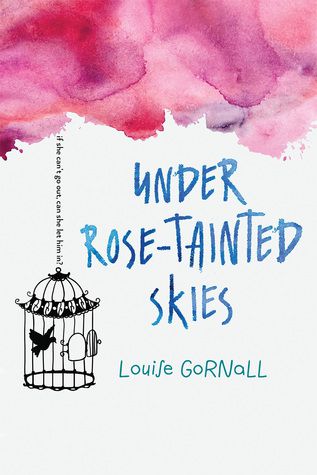 Under Rose-Tainted Skies by Louise Gornall

This is just a wonderful YA book on its own with the added bonus of taking readers into the life of a teenager with agoraphobia, anxiety, and OCD. It’s fiction, but the author drew from her real life experiences in showing the many different sides of living with mental illness.

Norah is seventeen and lives with her mom. She can’t step a foot outside of her house because of her anxiety, OCD, and agoraphobia. When her mom, her resource for everything, ends up not being able to come home for days, Norah’s world begins to spiral. There’s also a new neighbor, who talks to her like dating is an option for her, posing a wonderful opportunity with new challenges. We watch as Norah struggles in specific moments and in general in day-to-day while working with a therapist and doing her best, all with a great sense of humor. Readers watch Norah experience panic attacks and OCD thoughts, as she explains what it’s like to be in her body as these moments are happening.

This really takes you into the mind of someone with mental illness while creating a book full of heart and hope, with a character to love at the center. It was also really nice to see a girl who had a support system for her like her mom who did not treat her like a burden.

I also really loved the audiobook. 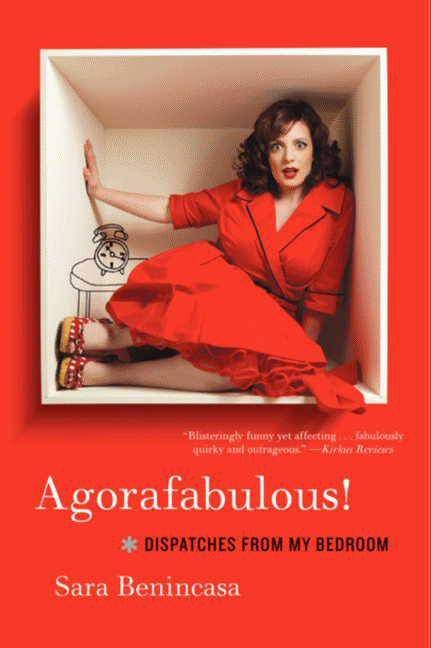 Agorafabulous!: Dispatches from My Bedroom by Sara Benincasa

In this memoir Sara Benincasa focuses on taking readers into her life dealing with depression, anxiety, and agoraphobia. She recounts stories from being a teenager when she was prescribed medication for depression, a school trip to Italy where she landed in the ER with a massive panic attack (unbeknownst to anyone at the time), and in college when she not only stopped leaving her apartment but also became afraid of the bathroom and basically lived in her bed until a friend alerted her parents. Through honesty, compassion, and humor Benincasa takes readers into the hardest days and struggles with her mental illness all the way through her getting help, and the steps she took that got her back to the life she wanted — ultimately finding herself on a comedy stage. This book doesn’t shy away from difficult things, nor the work that may need to go in to getting better, but it also shows that things can get better not just by telling readers this but showing it. 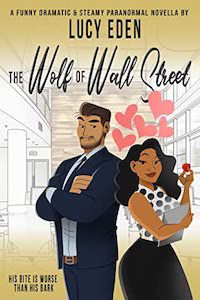 The Wolf of Wall Street (Shifter Escapes #2) by Lucy Eden

This is an enemies to lovers, shape-shifter romance novella, so it doesn’t dive deep into mental illness but it does have a lead with agoraphobia. Others treat his disorder with kindness, and we do get to watch him take baby steps out into the world as part of treatment — albeit from the perspective of being ridiculously rich enough to have private areas, and a doctor on standby. Still, it shows him using the buddy system of taking a person he feels safe with to a place as he slowly works through the anxiety and fear. It’s also the only male character with agoraphobia on this list. 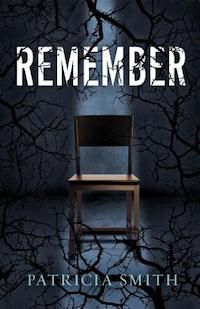 I actually read this one years ago and it was definitely one of the only times that I’ve picked up a book and found the main character to have agoraphobia. It’s in the crime genre, which is historically awful with presenting mental illness as the boogie man. Patricia Shanae Smith has spoken about dealing with addiction and mental illness and wanting readers to “take away a valuable lesson of speaking up.”

The book is a psychological suspense novel about a young woman, Portia Willow, living with her father after tragedy struck their family. She’s an alcoholic, has PTSD, and is unable to leave the house, having had social anxiety since childhood. She slowly gets to know her new neighbor and, wanting to have her first romantic relationship, attempts to work through her barriers. This book also shows the buddy system as Portia has her neighbor/boyfriend go with her to the university as she attempts to go to school again. I think what stuck with me most about this book was how readers were taken into the struggles of how limiting PTSD, panic disorder, addiction and agoraphobia can be and how untreated it can continue to get worse. 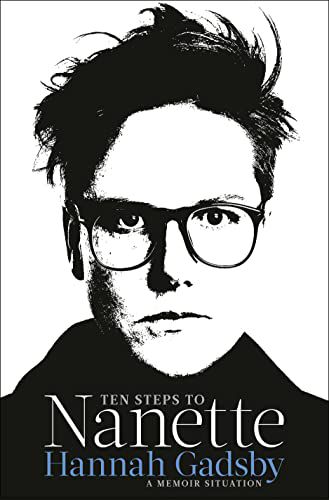 First, I’ll say if you loved the Netflix special Hannah Gadsby: Nanette, this should be an automatic read. Which is what it was for me and I discovered while reading that Gadsby had dealt with agoraphobia. It isn’t a focus of the book, and it’s a brief moment where she discusses having stopped taking her medication and traveling and ending up not being able to leave her apartment for weeks. The focus of the book is her life and how she came to write the standup special about trauma. She’s funny and brilliant and just very thoughtful as she discusses growing up in Tasmania, spending a lot of her life undiagnosed with ADHD and ASD, living with trauma, depression, growing up in a homophobic world, her relationship with her family, and finding her place and building a career in comedy. There’s a lot here on trauma and finding your way through and I love the conversations she’s opened up, and how she is able to tell her stories with the knowledge she has today while also explaining what she didn’t know/understand or have access to at the time. I will watch and read anything she creates.

She narrates the audiobook and I highly recommend that format, which inserts audio from performances, if it’s a format you read in.

(TW Gadsby kindly provides a heads-up at the beginning of the book. Here are my notes: suicidal ideation/fatphobia/homophobia, homophobic violence/ableism/child molestation/sexual harassment/sexual assault)

My research found me two more books with agoraphobia that I’ve yet to read. The Trap by Melanie Raabe, translated by Imogen Taylor, is about an agoraphobic best-selling author who hasn’t left her home since her sister was murdered, which was over a decade ago. And in the women’s fiction genre is Eliza Starts a Rumor by Jane L. Rosen, about a woman with agoraphobia whose children are now grown and finds herself desperately clinging to a bulletin board she started when they were children.

For more information on agoraphobia, including resources and help, here is the Cleveland Clinic’s page. And if you’re looking to read more in the area of mental health and mental illness you can find roundups and personal essays in those links.