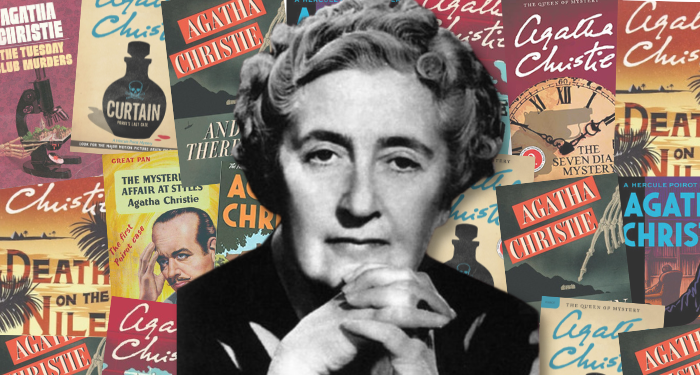 This post contains spoilers for The Hollow, The Murder of Roger Ackroyd, A Murder is Announced, Murder on the Orient Express, The Witness for the Prosecution, Curtain, Taken at the Flood, Passenger to Frankfurt, and The Big Four. It also contains some discussion of domestic abuse in Taken at the Flood.

Agatha Christie is known as the Queen of Crime for a reason. The best-selling author of all time — only the Bible and Shakespeare have sold more copies — wrote 66 detective novels and 14 short story collections, as well as several plays, one of which, The Mousetrap, is the longest-running play ever. Her life was as full of mystery and intrigue as her stories; her 11-day disappearance in 1926, following the breakdown of her first marriage, has led to speculation ever since, particularly as she never spoke about it again. During the Second World War, Christie worked in the pharmacy at University College Hospital in London, where she learned extensive details about various different kinds of poisons that eventually made it into several of her books. She was also, delightfully, a very keen and competent surfer.

Christie created a huge number of memorable characters, the most famous being Hercule Poirot and Jane Marple, two detectives who run rings around the more staid police force when solving unusual crimes. Other recurring characters include Tommy and Tuppence, a married couple who solve mysteries together, and lesser-known figures like Superintendent Battle and Parker Pyne. Her stories are known for their twists and turns, and their subversions of readers’ expectations — but when a writer is as prolific as Christie, some of her books are bound to be duds. Here are some of Agatha Christie’s most and least satisfying endings. Beware spoilers as you read on! 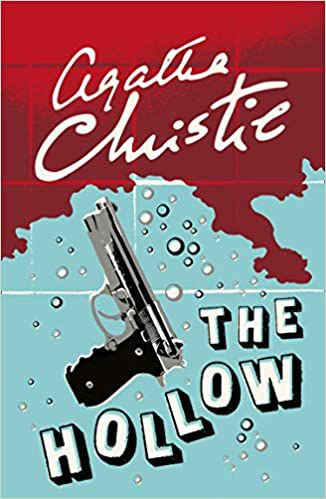 I’ve talked about the ending of The Hollow before here on Book Riot, but that’s because it’s so damn good. I literally screamed out loud the first time I read the story. An Hercule Poirot mystery, The Hollow sees everyone’s favourite moustachioed Belgian detective spending some time in the countryside, when he, as usual, gets caught up in a murder. The philandering Dr John Christow is found dying of a gunshot wound by the swimming pool of a country house, and his wife, Gerda, is standing over him holding a gun. The Hollow proves that Christie is not only the Queen of Crime, but the Marquess of Misdirection, as, despite the setup of the murder scene, it’s a huge shock when you reach the final pages and find out that Gerda was indeed the murderer all along. 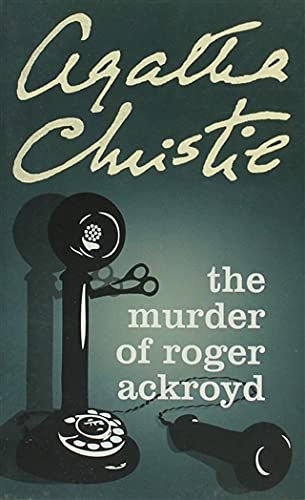 The Murder of Roger Ackroyd is the book that made Agatha Christie’s name for a reason, and has been held in high acclaim ever since its first publication; in 2013, the Crime Writers’ Association voted it the greatest crime novel of all time. While the revelation isn’t quite as famous as that of Murder on the Orient Express, it’s fairly well-known — the twist ending, shocking at the time and to many readers since, reveals that the book’s narrator, Dr James Sheppard, is himself the murderer. The clues are dropped expertly throughout the story, but unless the reader’s little grey cells are working as hard as Poirot’s, they won’t guess until the last moments of the book. 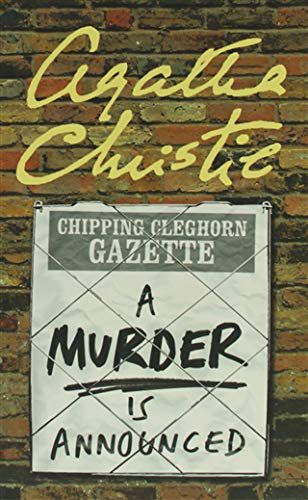 Mystery writer and Christie contemporary Ronald Knox famously wrote in his Ten Commandments of Detective Fiction: “Twin brothers, and doubles generally, must not appear unless we have been duly prepared for them”. In A Murder is Announced, Christie both sticks to and subverts this rule; the twist hinges around one of the central characters, an elderly woman named Letitia, and her deceased identical twin, Charlotte. At first, the murder seems to be a prank gone wrong, but as the story unfolds, we realise that it was in fact Letitia who died before the story even began, and that Charlotte has been impersonating her — and planned the murder to remove a loyal but increasingly forgetful old friend who was the only person who knew the truth. 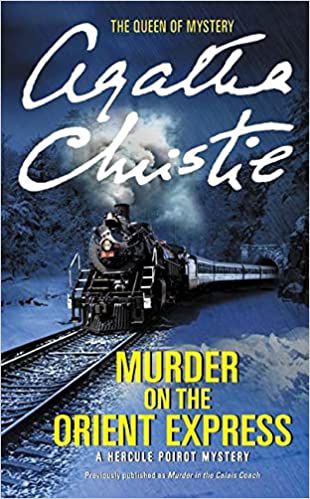 I doubt I need to tell anyone reading the way that Murder on the Orient Express ends — it’s one of the most famous twists in literature. Even though most readers opening the book for the first time will know that all of the suspects are guilty, Murder on the Orient Express is a great read because of the catharsis the reader gets when the full story is revealed. While many of Christie’s murder victims are quite horrible people, Samuel Ratchett is one of the worst. While he is now a successful businessman, he was previously a vicious gangster who kidnapped and murdered a 3-year-old child, destroying her entire family in the process. Poirot’s eventual decision to fabricate a story and let the self-appointed jury of murderers go free is an incredibly satisfying ending to an expertly plotted story. 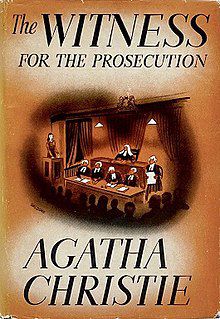 The Witness for the Prosecution

This short story and play has been adapted a number of times, most recently in 2016 in a miniseries starring Toby Jones and Kim Cattrall, but it’s still one of Christie’s lesser-known tales, potentially because it doesn’t feature Poirot or Marple, or even Tommy and Tuppence. A standalone story, it’s a punchy psychological tale that explores the emotionally manipulative world of the adversarial courtroom. A young man, Leonard Vole, is accused of killing a rich older woman, Emily French, who has taken a shine to Leonard and made him her heir. Vole’s wife, Romaine, testifies in the trial — but does so on the side of the prosecution, giving damning evidence against Leonard. Leonard’s solicitor picks holes in her statement, revealing her to be a liar, and Leonard is acquitted; which is, we learn at the end, exactly what the couple planned. Romaine and Leonard set up her role as a witness for the prosecution because they believed that an angry wife, later proven to be lying about crucial details of the case, would be more convincing to the jury than a wife who stood by her murderous husband. 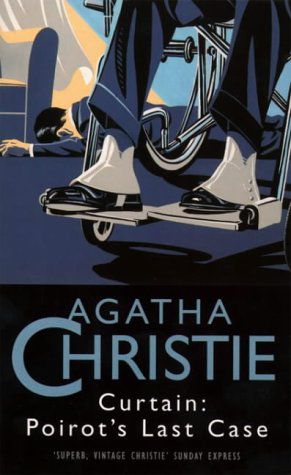 Curtain is the last story Agatha Christie wrote featuring Poirot, and mixes a compelling mystery plot with a bittersweet story about aging, bereavement, and lasting friendship. Captain Hastings returns to Styles, the location of the very first mystery that he and Poirot solved together — the stately home is now a hotel, and an elderly, ill Poirot is staying there. Poirot has come back to Styles to try and stop a murderer who will never be caught by the criminal justice system, because this killer doesn’t murder people directly; he manipulates others into killing for him. In a twist that predates Dexter by several decades, Poirot himself kills the murderer before he can strike again — his last case, and his last ever act before the titular curtain falls. 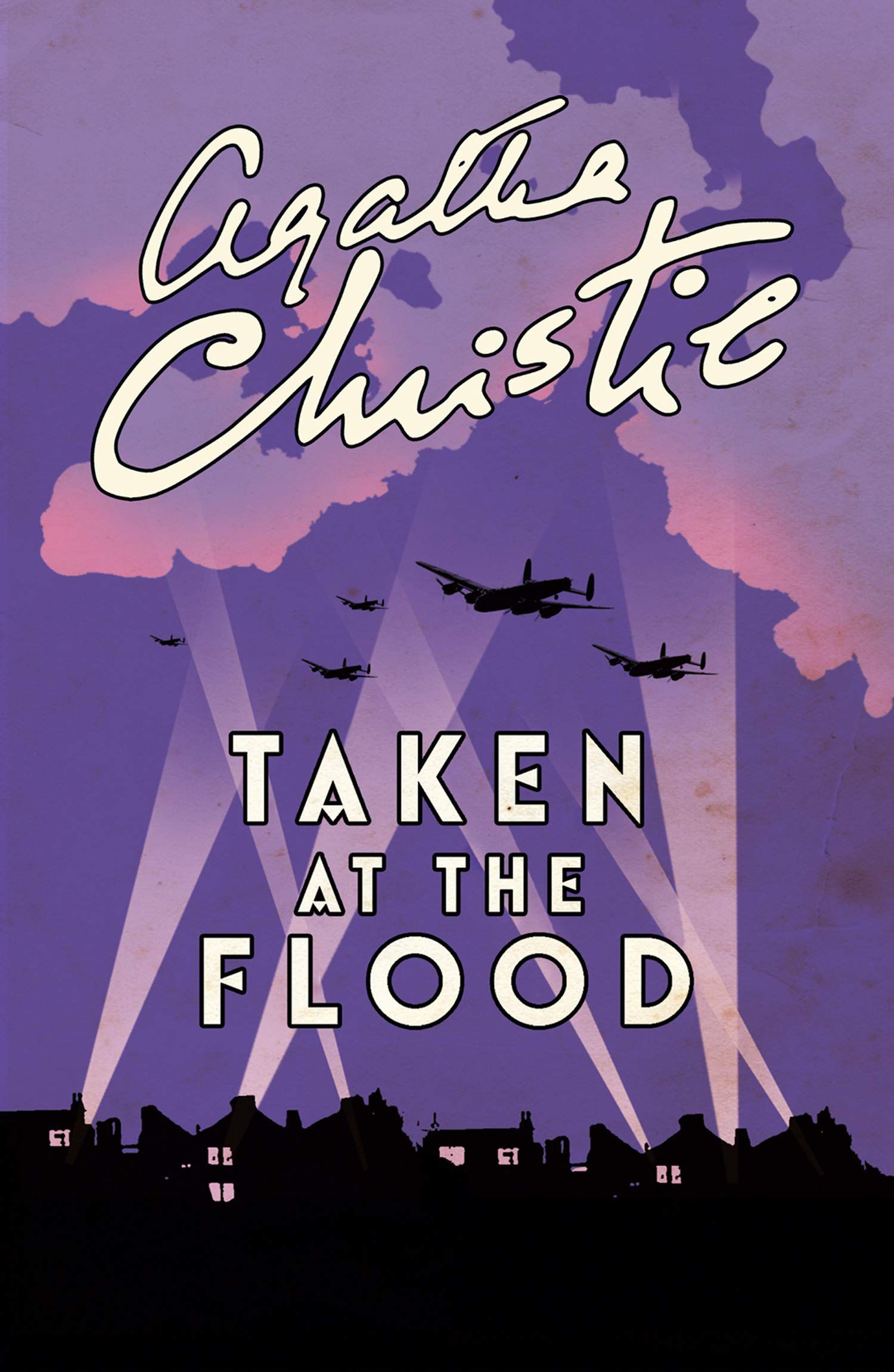 Taken at the Flood

Taken at the Flood is one of my favourite Poirot stories — until the end. A compelling and tightly written tale of imposters, stolen inheritances, murder and mayhem, the revelation of the identity of the murderer and the deception that has taken place is fascinating, and the mystery side of the plot is an incredibly satisfying read. But in the final few paragraphs, one of the central characters, Lynn Marchmont, returns to her dull fiancé Rowley Cloade — because an episode of abuse earlier in the book, during which he nearly killed her, has convinced her that he’s actually interesting enough for her to stay with. The TV adaptation starring David Suchet fixed this disappointing ending by having Lynn leave to travel the world, instead of the original conclusion where a woman staying with a violent, jealous man is presented as a happily ever after. 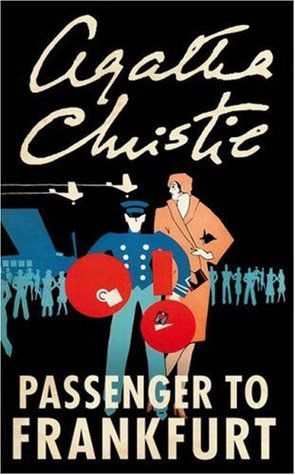 Christie’s best stories are her smallest ones; a tightly plotted murder taking place in a small group of family or friends, set in a country house or a city flat. Her weakest ones, in my opinion, are ones where she goes too big, and tackles spy shenanigans and international conspiracies. Passenger to Frankfurt is one such story, featuring a confusing jumble of post–World War II plots. The story features mind-controlling drugs, Hitler escaping to Argentina and fathering a son, and secret meetings all over the world by an enormous cast of characters who want to rebuild fascism. The story ends with a wedding, with Hitler’s alleged secret son providing the music as the church organist. Yes, really. 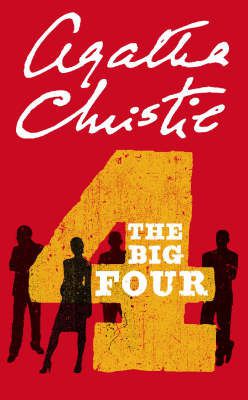 Like Passenger to Frankfurt, The Big Four is a spy story, and is just as messy and confusing — it can’t even be saved by the presence of Hercule Poirot. Originally published as 12 separate short stories, it was smushed together into a full-length novel that sees Poirot and Hastings rushing around Europe after four shadowy figures who have been running various secret international conspiracies. The story ends with Poirot’s secret twin Achille being captured, and with the predictable twist that Achille is, in fact, Hercule Poirot minus his famous moustache. Agatha Christie’s attempt to subvert Knox’s rule backfires, making the end of the book feel more pantomime-ish than satisfying.

While some of Agatha Christie’s books are misses rather than hits, there are still plenty of great books of hers to work your way through. If you’re looking for more mystery reads, try our list of 8 of the Best Mysteries and Thrillers by Black Authors, or 25 of the Best Murder Mystery Books.