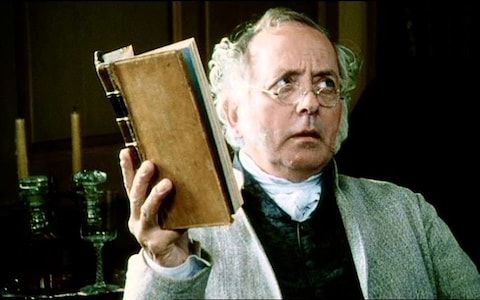 I’ve read a fair number of historical romance novels in my day, and though the genre has a wider range than its detractors would have us believe, there’s one thing that remains by and large consistent throughout: 90% of the main characters’ fathers suck eggs. Whether distant and cold, wildly irresponsible, or flat-out abusive, romance novel dads are by and large the absolute pits.

Don’t roll your eyes, Mr. Bennet, you’re on my list.

Since their failings generally fall into familiar patterns, especially where the Regency is concerned, I thought I’d put together some advice for any fictional fathers who might be looking to improve their parenting skills. Especially if they’re dukes.

As Tolstoy said, all unhappy families are unhappy in their own ways, so this is by no means an exhaustive list of all the ways you can screw up your little duke or duchess. But by avoiding them, you can steer clear of some of the most common pitfalls in your fatherly career. Good luck to you! Be careful on horseback, and for god’s sake don’t go on any risky sea voyages if there’s any uncertainty whatsoever about your will!