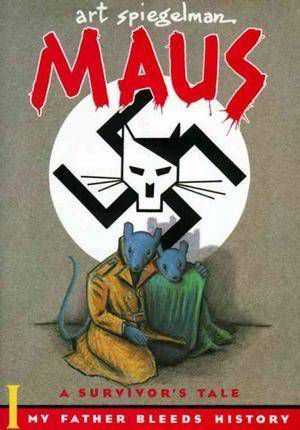 Adventures of a Comic Book Newbie is the place where you’ll find a discussion of the fundamental elements of comics and comic culture. If you’re new to comics (or perhaps a seasoned vet eager to get back to the basics), this column will serve as a guide on where to start and what you need to know to get the most out of your comics experience.

Growing up, I was encouraged to read as much as possible. My parents looked closely at what I was watching on TV and at the movies, but when it came to books, anything went. I read broadly and deeply, and that start made me the voracious reader that I am today.

But beyond the Sunday funnies, comics were never really on my radar. In fact, I wasn’t really introduced to “adult” comics (that brings to mind pornographic images, but you know what I mean) until just a few years ago. I didn’t realize that it was another way for people to tell stories beyond situation-of-the-week, timely and provocative narratives that are as sophisticated and literature-worthy as any traditional book. That superheroes can have moral dilemmas and conundrums just as any character can from traditional literature.

And, I have to ask myself, why is that? Why were traditional books hallowed ground when I was growing up, but comics weren’t?

Part of that, I’m sure, has to do with the renaissance that comics has been experiencing in the last 10 years. While there have always been amazing things happening in this world, many of which I’ve been learning about for the first time as a newbie, there really has been an upswing in the comics produced in the United States in the last 10 years that weren’t available as much when I was a child.

But even now, when I tell people about the latest comic I’m reading–people who don’t read comics–I can tell they just don’t understand. (Let’s not even start with the time someone suggested a comic to my book club and one overly pretentious member actually wrinkled her nose and said, “So what, you just look at the pictures??” This is also why I prefer to hang out with people who read comics.) Comics are a unique and sophisticated medium to tell a story, and that story can be as rigorous and gritty as in any other storytelling format, but they often don’t get the respect they truly deserve.

The cartoons definitely contribute to that. Pictures can convey so many things that the written word count, yet we often associate pictures with picture books, which are for kids. Ergo comics, which are books that happen to have pictures, are for kids. Adults shouldn’t be reading them, says society.

I took this to a fellow Panelteer (who is wise and more experienced in the ways of comics) to see what she had to say.

Panelteer Caroline: I think this comes from a lot of different directions. First, there’s just a pretty lazy belief that, because a book has pictures in it, it’s intended for people who can’t or don’t want to read words. This seems like the same mindset as people who claim that movies or television can’t be intellectually challenging, and when I hear it I usually assume the person doesn’t know anything about the medium.

One of the things I like about reading comics is that it makes my brain work harder, since there are visual and verbal cues going on at the same time. In fact, a lot of the same people who say that comics aren’t “real” reading will turn around and complain that they are hard to follow.  It’s much the same contradiction I’ve seen when people claim audiobooks don’t stimulate your brain like reading, and also that you have to work harder to follow them. The truth is, your brain is doing different work when you consume a story in a different form. This makes comics a great medium for kids—It is! It should be!—and for adults, too.

Another sort of dismissal that comics face is because of the (perceived) subject matter. A lot of the people who think comics are for kid probably also think fantasy is kid stuff, too. Superhero comics are a very particular type of fantasy, and there’s an argument that superheroes should always be kid-friendly.  I don’t completely share this view but I sympathize with it. I think superhero stories have joined a lot of the fantasy genre in “grimdark” land, where the creators think the stories have to be ultraviolent and bleak to prove they’re not kids’ stuff. I wouldn’t mind if the kids’ stuff stereotype were more true in this case, but there are some great superhero stories that are more appropriate for adult readers and that’s all right, too.

Do you think comics don’t get the respect they deserve? And why?