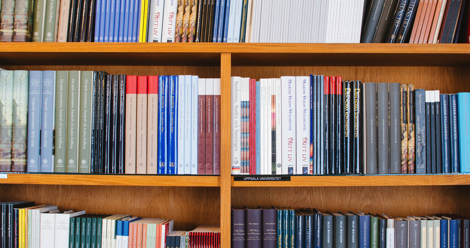 Lately, in an effort to turn myself entirely into a Viking-esque fantasy character with a big beard and sword, I’ve not only been continuing my more or less endless playing of Skyrim (an astonishingly detailed video game fantasy world, which I began playing in November 2011) but I’ve also been watching my way through the Lord of the Rings trilogy again. In addition, I’ve finally begun watching Game of Thrones, blasting through the first two episodes and becoming more hyper about the show by the end of each one.

I adore this kind of high fantasy. The feel of a vast and incredibly detailed world into which each story only dips a little ways. I find it exciting and wonderful.

I do try, but it’s an almost completely impenetrable genre to me, and I’ve been thinking about why for ages. It wouldn’t puzzle me if I could also take or leave the films, but I get really excited about the movies. The Lord of the Rings films were, I thought (and still think) masterful accomplishments. From the realization of the world to the ornate beauty of the language used throughout (but without ever becoming terrible-fantasy proto-Shakespeare rubbish). Amazing films, about a pretty amazing world, with gorgeous soundtracks, to boot (off-topic: I run to the soundtracks. Nothing boosts you through a tough section of a run like the music changing and now you can pretend the Uruk-hai are after you.)

And yet…I’ve read The Lord of the Rings trilogy, and The Hobbit…once. Years and years ago, as the movies were happening. I own several copies and have never dipped back into them. Just before trying the Game of Thrones TV series, I bought the first book and I made it through the first hundred pages through sheer force of willpower, before forgetting about it and wandering off to books that interested me more.

I clearly used to think that I liked fantasy, because I sure own a lot of it. I have almost a whole shelf of Shannara books by Terry Brooks in gorgeous hardcover, and I love them…and of the dozen I own, I think I’ve read one of them all the way through.

I clearly like the material but cannot get into the books themselves, and I have a theory about why that is. I think it comes down to two reasons: language, and sustain.

(I’m going to generalize for a bit here. Please bear with me. It’ll work out, I promise.)

First, language. An awful lot of high fantasy books are written in a very dense, perhaps overwrought language which tends to linger on minutely-detailed descriptions about every meal and also everything else that can possibly be focused on. I owned a number of the Wheel of Time books (see? I bought tons of this genre before I wised up) and could never get past chapter one, because it was so exhaustively detailing the room, and whatever was happening in that room in chapter is beyond me because the words avalanched on my head and I gave up and ran away.

Mind you, I have no problem with dense language or complicated ideas conveyed therein. If I did, I probably would enjoy James Joyce less than I have. I couldn’t read as much 19th century fiction as I do, where the language (and the method of punctuating things) is very different from what we have now. I think it’s the aspect of high fantasy language, specifically, which is not just dense and overwrought, but plods slowly through detailing every last little aspect of every scene and all the items it contains. It doesn’t sing to me. I read it out loud to myself and am bored.

My second point is sustain. I think I get bored by the high fantasy stories because so many of them seem to go on and on for eons, each book in these endless series advancing the plot only slightly. I need resolutions, or at least, I need actions and climaxes.

I think this is why I like Lord of the Rings in filmic form, and also things like Skyrim and Game of Thrones. Yes, there are lots of ongoing plots that are advancing slowly, but also there are lots of small storylines which are introduced, explored, then wrapped up. Whether it’s the quests in Skyrim or the plots within each episode of Game of Thrones, they give you little endings along the way. I find that important.

So what I think I need is a clarity of language, and a tightness of plot. 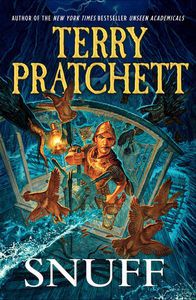 Proof of this is not just the television, films, and video games I mentioned, but also the few high fantasy books I do actually like. I’m an avid fan of Terry Pratchett’s Discworld books, for example. These books do posses a simplicity and cleverness of language, which I adore. And although the series is ongoing and the world is ever-changing, I am given a plot in each book which mostly concludes within that book itself.

Likewise, there’s Brian Jacques’ Redwall books, about which I can say everything I just said about Discworld. And furthermore, there’s Stephen King’s Dark Tower series, in which his language grew a bit more complex, but maintained its Kingly (sorry) qualities.

Now…I know I’m making some huge generalizations toward high fantasy as a field, and I’m only willing to do that because I’m talking about my own perceptions and encounters with the field. I’m not saying the entire genre possesses the problems which I’m talking about here (nor am I declaring them absolute problems; they are just the places that the genre clashes with my own personal taste).

Mostly, what I’m doing is figuring out the why of my own likes and dislikes, and that’s terribly useful. For one thing, it means that maybe I can seek out some books that give me the same rabid enjoyment as these other works I’m talking about, but without bogging me down. And perhaps some of you find yourself enjoying the films and games but unable to penetrate the books, maybe for the same reason.