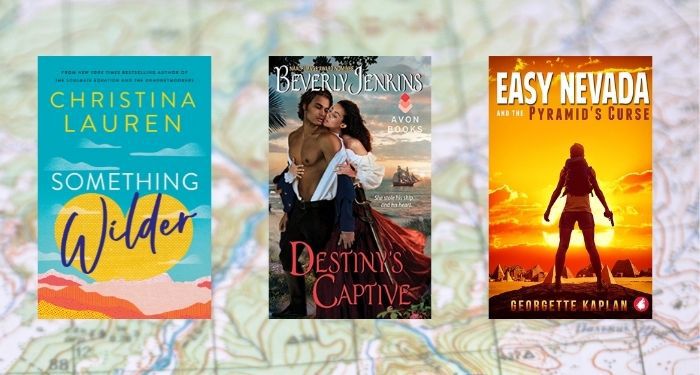 A couple months ago, I got the chance to chat with Christina Hobbs and Lauren Billings, the duo who write as Christina Lauren, at the Tucson Festival of Books. At a panel, when asked what inspired them to write their newest book Something Wilder, Lauren declared that she just wanted something that took place outside.

Folks, I felt that.

The romance genre is vast, but the majority of the books most of us read, by force of human nature, take place indoors. They might be office romances, or courtship stories. Scenes are set in homes, restaurants, ballrooms, maybe some back alleys if supernatural creatures are on the hunt. The indoors is something we all know very intimately after two years, and who knows how many more, of cautiously stepping into the sunlight. We’d love to experience new outdoor adventures, even if it’s vicarious. But the number of romance novels that are set almost completely outdoors isn’t incredibly high.

And that’s kind of a shame.

Of course, I don’t mean just set outdoors. I’m not talking about a weekend camping trip — unless it’s one gone wrong. I’m not looking for a summer story at the beach, or on a build, or anything where the outdoorsy nature is about relaxation and production instead of adventure. What we’re all owed is a thousand iterations of a passionate, sweet love story surrounded by adventure…and maybe even a quest.

There are movies like this; they bring romance fans together. Romancing the Stone. The Mummy. Tangled. Uncharted 2 (Okay, yeah, that’s a video game. What’s your point?). Most recently, The Lost City. Two very different types of people, thrown together, have to use the skills that they have to survive while also possibly finding some legendary item or place. This is often a reluctant quest, but they have to make it through either to keep someone from killing them or to, you know, save the world. The pair bond on their journey, learning more about themselves and each other. Sometimes, one of them might have to pull leeches off the other’s butt.

(I might be watching The Lost City for the seventeen thousandth time as I write this. It still makes me smile like…I don’t even know.)

But when it comes to books, we don’t see the same thing. Maybe it’s because adventure stories often have big, sprawling settings that romance novels don’t require. Maybe it’s because so many romance authors don’t want to muddle their love stories with external forces. Which is fair! I don’t always want plot with my romance, which is why fantasy and suspense are probably my least-read sub-genres.

But the moment I saw the description for Something Wilder, I realized that I had been missing something important in my life. I love a good No Plot Just Vibes romance, where there’s nothing to pay attention to but the people falling in love and growing as characters. But what amazing things could we get if we take that same kind of development and growth, and drop it into the world of action, adrenaline, and adventure?

(To be fair, romantic suspense does some of this, but there’s usually more Murder/Protection stuff involved and less Jungle Quest.)

We’ve seen themes that are more popular in film appear in romance novels in the past. Right now, instead of the golden age of romcoms that we lived through in the 1990s and early 2000s, we’re reading them in print. (If we follow the trends, superheroes are next, and honestly, I’ll take that if folks are offering. But only with happy endings.) There are a lot of great examples of the perfect combination of action-adventure and romance from nearly 100 years of film. It’s time for the same to make their mark on the romance genre.

In the meantime, here are a few to satisfy ourselves with while we wait. 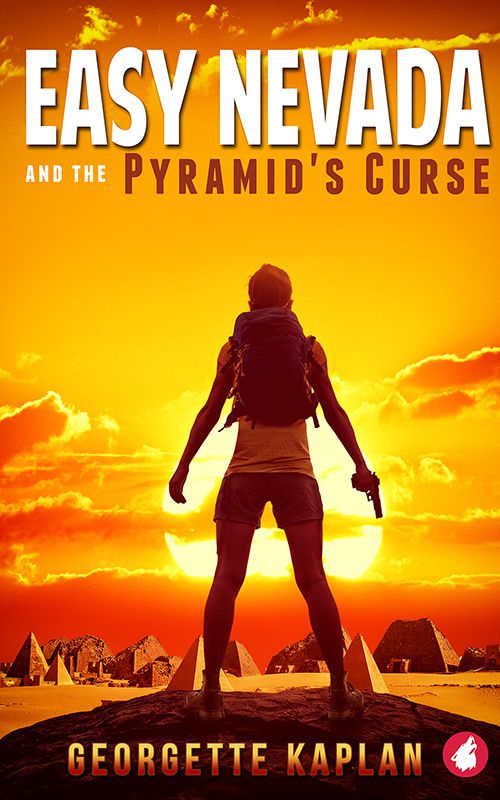 Easy Nevada and the Pyramid’s Curse by Georgette Kaplan

When treasure hunter Nevada is sent on a new mission, she meets Candice, an archaeologist on the path to finding one of the greatest pieces of history from the Kingdom of Kush. But when Sudan is invaded by religious zealots who will most definitely destroy the ruins, Nevada and Candice find themselves running for their lives, from dangers both natural and manmade. They’re nothing alike, but they’re all each other has. 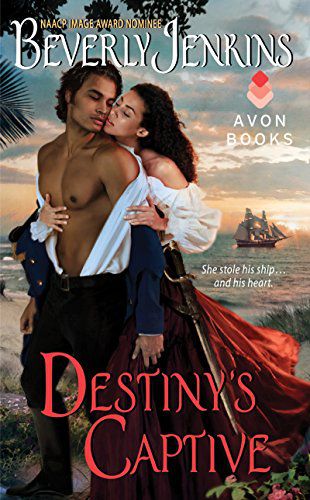 If Sabatini-style swashbuckling is more your thing, drop into the world of the Yates brothers (you don’t have to read the first two, but they’re pretty fun). Noah’s quest? Pilar, of course. After the beautiful woman descended from pirates ties him up and steals his ship, Noah will stop at nothing to catch her. And of course, you know what happens with that in romance. It’s a little quieter than the expected adventure story in some places, but it’s a thrill and a delight of the high Caribbean seas. 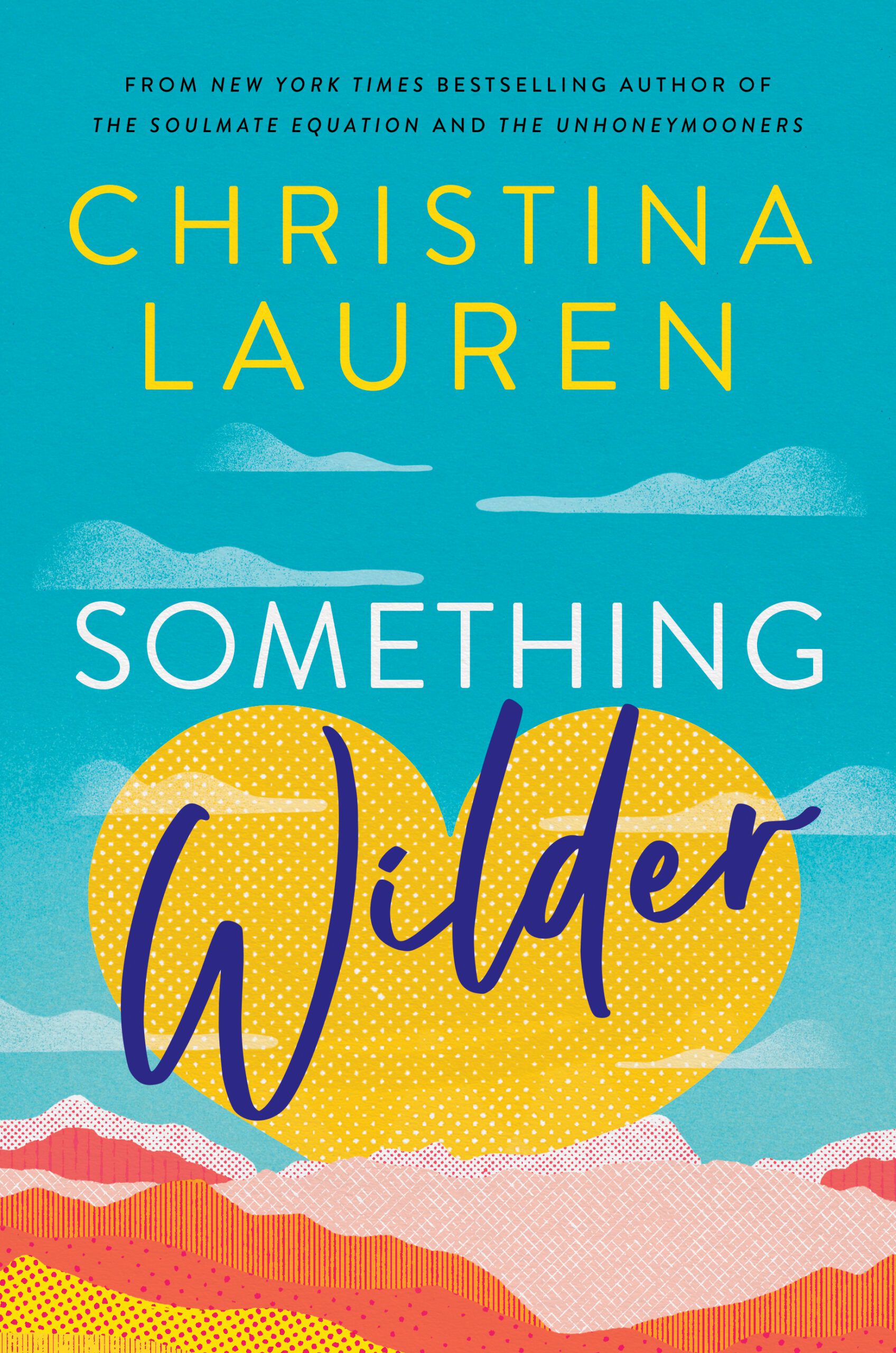 Something Wilder by Christina Lauren

Lily Wilder’s father might have been a well-known and well-followed treasure hunter, but the only thing she got out of it is the name. Now, she gives tours through the Utah wilderness, guiding city slickers on quests for fake treasure. And when the last man she expects to see arrives, all she wants is for this particular trip to go as quickly as possible. But when are the odds ever in her favor?

I know I’m working with limited knowledge, so maybe there are some great non-fantasy, non-suspense adventure romances hanging out, waiting for me to grab them. If you know where they are, hit me up on the socials!