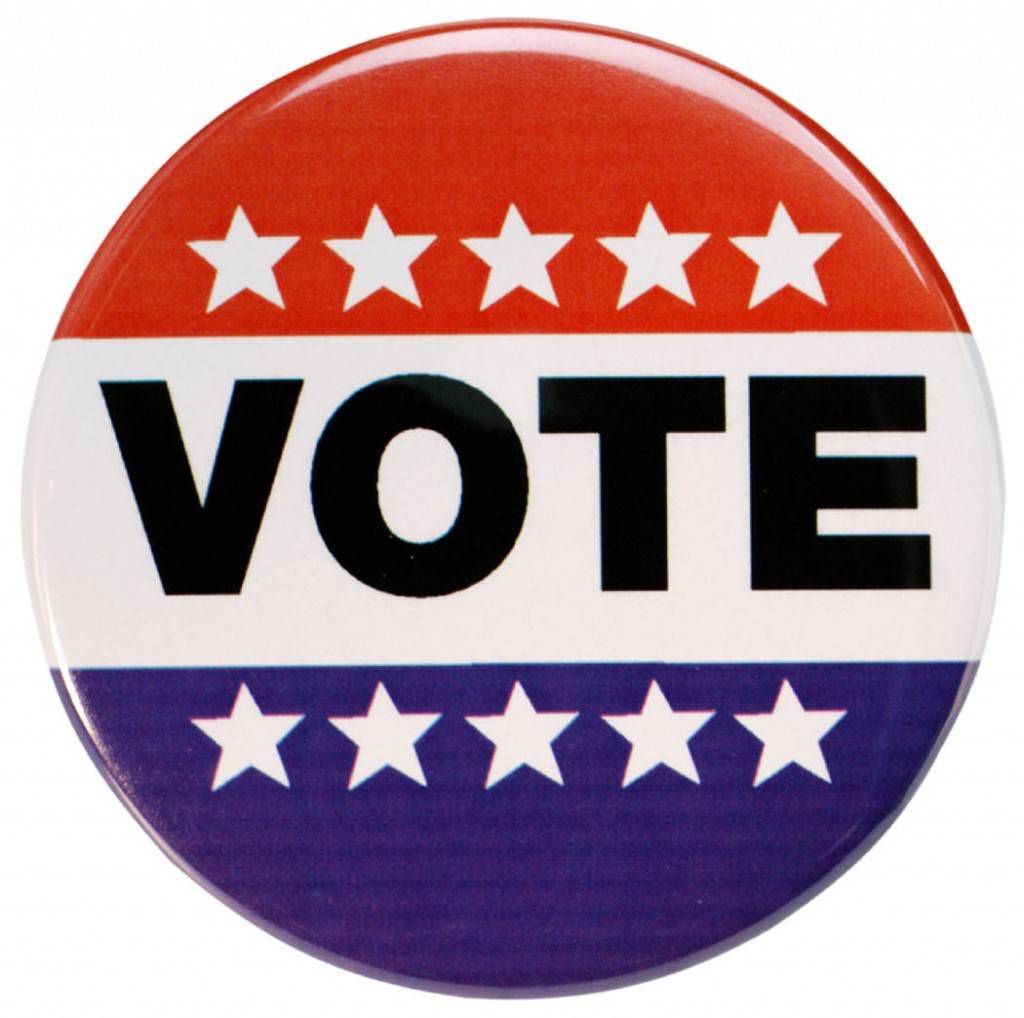 In the opening sequence of the first episode of The Newsroom, the main character, newsman Will McAvoy, is asked the question, “What makes America the greatest country in the world?” McAvoy, who has been accused of being uncontroversial and essentially inconsequential earlier in the evening, responds with vitriol: “America is not the greatest country in the world.” Whether you agree with his statement (or Aaron Sorkin’s statement, since really that’s who we’re hearing from), part of his answer is relevant to our own upcoming election. It’s about being an informed voter, and that whole cliche, “Those who do not know the past are doomed to repeat it.” He says:

We stood up for what was right. We fought for moral reasons. We passed laws, struck down laws for moral reasons. We waged wars on poverty, not poor people. We sacrificed, we cared about our neighbors. We put our money where our mouths were. And we never beat our chest. We built great big things, made ungodly technological advances, explored the universe, cured diseases, and we cultivated the world’s greatest artists and the world’s greatest economy. We reached for the stars, acted like men. We aspired to intelligence, we didn’t belittle it, it didn’t make us feel inferior. We didn’t identify by who we voted for in our last election. And we didn’t… we didn’t scare so easily. We were able to be all these things, and to do all these things, because we were informed. By great men, men who were revered. First step in solving any problem, is recognizing there is one. America is not the greatest country in the world anymore.

So considering that Mitt Romney, the presumptive Republican nominee, has just announced his choice for Vice President, and considering that the GOP and Democratic conventions are less than two weeks away, this list is particularly relevant. In my day job, I do little more than read opinions all day, every day. From the left, from the right, from the far right, and the way far left. And when it comes time to vote this November, being an informed voter will mean taking all of those opinions into consideration and seeking viewpoints outside my own in order to be as educated as possible, and educated about views that you disagree with.

To quote President Andrew Shepard from The American President, “America isn’t easy. America is advanced citizenship. You gotta want it bad, ’cause it’s gonna put up a fight. It’s gonna say ‘You want free speech? Let’s see you acknowledge a man whose words make your blood boil, who’s standing center stage and advocating at the top of his lungs that which you would spend a lifetime opposing at the top of yours.'”

In pursuit of that goal, here are 20 books, non-fiction and fiction, left-leaning and right-leaning, to help you on your way. Please keep in mind that I am not promoting a particular political bias, only encouraging a bit of cross-partisan education. I got a lot of recommendations for what to include on this list. It could have been 100 items long, but I figured 20 was a good, round stopping point. However, if you have any others to add, please feel free to do so in the comments.

1. 1912: Wilson, Roosevelt, Taft & Debs – The Election that Changed the Country by James Chace. A look at an election that mirrors the division in our current political parties and provides some context for the state of political affairs 100 years later.

2. The Birth of Modern Politics: Andrew Jackson, John Quincy Adams and the Election of 1828 by Lynn Hudson Parson. Similar to 1912, Parson’s examination of the 1828 contest will reveal many of the political strategies that we can recognize in our own elections.

3. A People’s History of the United States by Howard Zinn. While Zinn’s book is often flogged for being too one-sided, it does provide a good alternative telling of our country’s history. And it provides some context for all the rest of the historical and modern texts on this list.

4. What’s the Matter with Kansas?: How Conservatives Won the Heart of America by Thomas Frank. This book examines a trend wherein people vote against their own economic and social interests. Frank’s explanations come wrapped in a great sense of humor and will at least make for enjoyable political reading.

5. Nickel and Dimed: On (Not) Getting By in America by Barbara Ehrenreich. Ehrenreich’s classic piece of undercover journalism examines the world of the working poor, and though the book was originally released in 2002, its conclusions are all the more potent and valid in this post-Recession era.

6. Aftershock: The Next Economy and America’s Future by Robert B. Reich. As a macro-level bookend to Ehrenreich’s reporting, Reich presents a plan to pull America out of its economic crisis as well as an examination of how we got to where we are now. With the economy being priority #1 for many voters, this volume will help you understand a financial crisis that is very complicated on a lot of levels.

7. Game Change: Obama and the Clintons, McCain and Palin, and the Race of a Lifetime by John Heilemann and Mark Halperin. Game Change is also known as the basis for “that Sarah Palin movie,” but there’s a lot more to this undercover look at the last presidential election than just Sarah Palin. The two authors followed both campaigns and expose so much dirt that they were under strict instructions not to reveal anything they discovered until after the election. Taken from interviews and first-person accounts, Game Change is essential reading in advance of the 2012 election.

8. The Thirteen American Arguments: Enduring Debates that Define and Inspire Our Country by Howard Fineman. Fineman’s book examines what it really means to be an American and what we care about during an election. How do our essential conflicts as a country get articulated, and how do these debates continue to persevere year after year?

9. So Help Me God: The Founding Fathers and the First Great Battle Over Church and State by Forrest Church. The issue of religion and its place in government and politics is one of those debates that has been around since before the country was actually a country. Church takes a look at where it all began through the lens of religion.

10. Could I Vote for a Mormon for President? An Election-Year Guide to Mitt Romney’s Religion by Ryan T. Cragun and Rick Phillips. Speaking of religion, Romney’s Mormonism is an often-pointed-to example of…well, lots of things–some of them accurate, some of them not so accurate. This funny guide is aimed at voters who wonder if Romney’s religion should factor into their vote in November.

11. The Conservative Mind by Russell Kirk. The essential guide to modern conservatism, Kirk’s book is one of those dog-eared volumes that most conservatives have (or should have) on their shelves. It tracks the evolution of conservatism and lays out the essential arguments. Even if you’re a liberal, it’s worthwhile reading for understanding the basis of many of the conservative platforms.

12. What You Should Know about Politics… But Don’t: A Nonpartisan Guide to the Issues by Jessamyn Conrad. Though this book was published in advance of the 2008 election, some of the issues Conrad address are still very much relevant four years later.

13. The Real Romney by Michael Kranish and Scott Helman. Published early this year, this biography is particularly focused on Romney as a politician, taking a look at his career both in the government and as a private citizen. It tries to answer the question, “What kind of man is Mitt Romney?”

14. The Conscience of a Conservative by Barry Goldwater. Another one of those “principles of a conservative” books, Goldwater set out his manifesto before Nixon, during the Cold War, before Kennedy, and his ideas still have weight over 50 years later.

15. Showdown: Inside the Obama White House by David Corn. There are quite a few Obama biographies out there, and a few auto-biographies as well, but this is a look specifically at his administration and his presidency, from the mid-terms in 2010 and leading up to this election.

16. Bonfire of the Vanities by Tom Wolfe. The first of the fiction selections on this list, Wolfe’s classic 1980s novel may not seem to have much to say about the current political climate. But the atmosphere of Wall Street in the 80s is eerily familiar to that which led us to the financial collapse of 2008. Read it with that context in mind, and it will totally enlighten your perspective on government regulations.

17. Main Street by Sinclair Lewis. “Main Street vs. Wall Street” is a common refrain of modern politics and Lewis’ 1920 novel is a brutal satire of small town life that will provide an interesting counterpoint to What’s the Matter with Kansas? listed above.

18. American Pastoral by Philip Roth. Where Sinclair Lewis despised small-town America, Roth embraces all that it stands for – and at the same time, acknowledges that the idyllic isolation small towns enjoy doesn’t last for long. Roth’s first novel in the American Trilogy, which also includes I Married a Communist and The Human Stain, lays out a solid point of view of American life that is very much relevant today, especially in regards to domestic acts of terrorism and violence.

19. A Tale of Two Cities by Charles Dickens. Not an obvious choice I’ll admit, but if you’ve read it, you can probably appreciate its place on this list a bit more. Lots of commentary about the working life versus the aristocratic life that can be parlayed into analysis of our current social standing.

20. The Handmaid’s Tale by Margaret Atwood. I admit, I might be letting my political biases show here, but women’s health is a major point of contention between the two parties, and this dystopian novel is enough to scare anyone away from legislating contraception, pregnancy or conception. A particularly scary look at the possible future of women’s health.