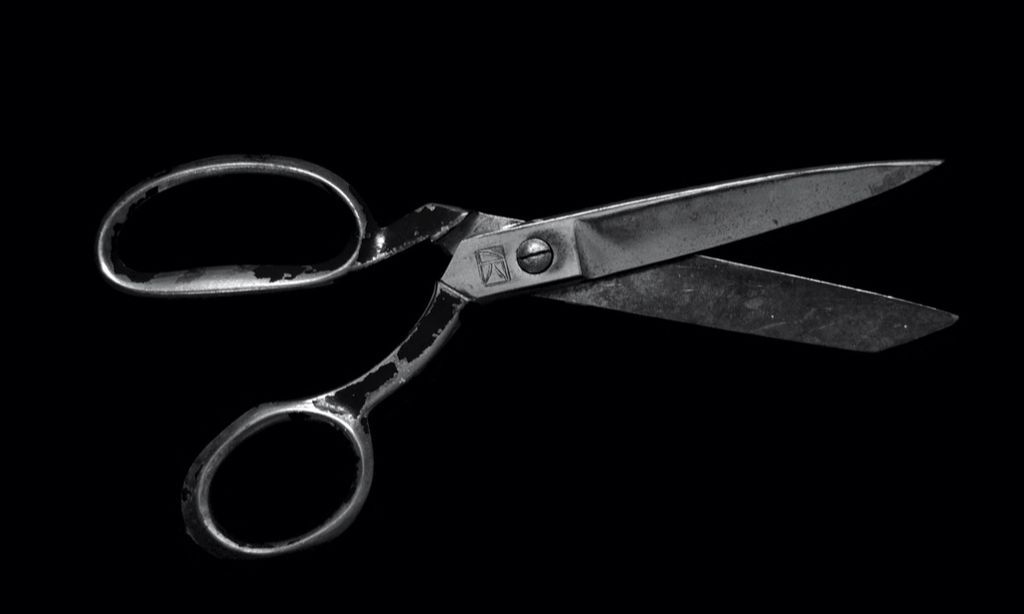 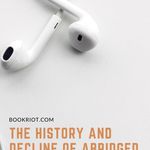 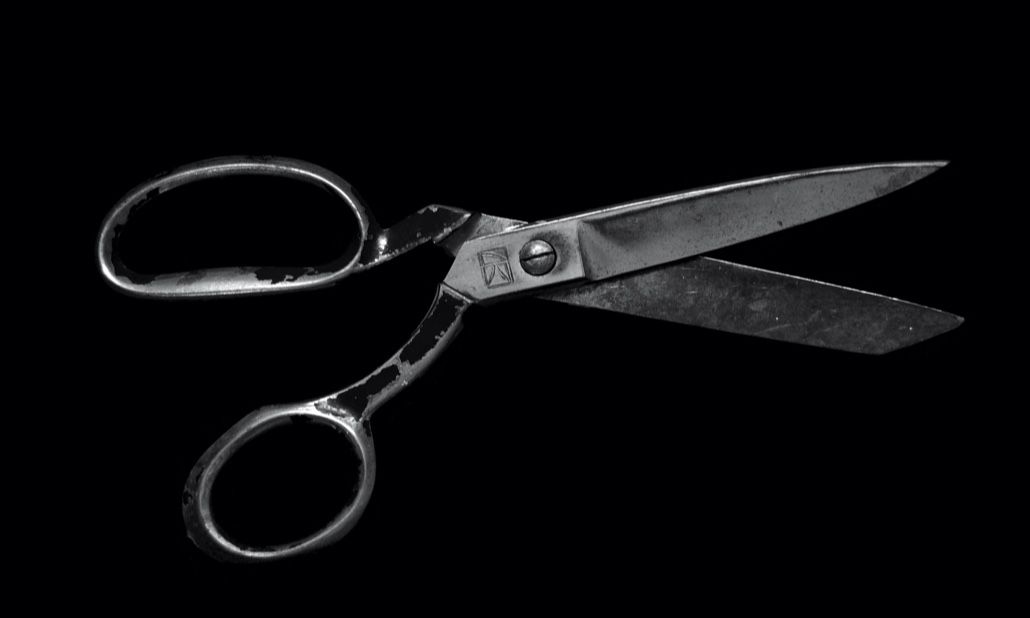 Abridged audiobooks can be shortened between 35% and 75%. Typically, an editor will go through the text, removing elements, references, and scenes that seem superfluous or redundant. In fiction, this is usually backstory, long descriptions, or world-building elements that don’t add to the main narrative. In nonfiction, editors often nix references and technical details. Notice is often provided if the author approves of an abridgment.

“The original audiobooks recorded in the ’30s were actually abridged—excerpts from the Bible, Helen Keller, etc.,” said Michele Cobb, the head of the Audio Publishers Association. Over the decades, abridged versions have had several advantages. In a pre–podcast marathon era, some producers believed that people had limited patience to sit through double-digit hours of audio. And of course it’s cheaper to produce abridged audiobooks compared to their full-length counterparts.

In an entertainingly unfiltered interview for the Audiobook History blog, Henry Trentman, who founded Recorded Books Inc in 1978, says: “The major publishers were concerned about time because they had to sell these things and to sell two tapes for 14 bucks was a lot easier than selling 14 tapes for $100. It wasn’t a book store item.” Audiobook pioneer Caedmon, which was founded in 1952 and saw success with a Dylan Thomas recording even before it was published, saw the commercial viability of its condensed audiobooks as a virtue.

There’s speculation that abridged audiobooks have also enhanced the celebrity appeal of books. Stars with busy schedules are more likely to commit to shorter recording engagements, and it’s faster for the famous to blurb and endorse books if they’re dealing with the abridged versions.

There’s a (sigh) ongoing debate over the legitimacy of audiobooks as “real books,” as if only people with functioning vision are real readers. Yet listening to books does flex slightly different mental muscles than visual reading. Plus, it’s easier to share the experience of listening to a book, in real time. And, as familiar to anyone who’s ever stretched out a boring domestic chore just to listen to the end of a chapter, audiobooks aid multitasking.

The continuing snobbishness over print books has been especially fierce where abridged audiobooks are concerned. As Recorded Books founder Trentman has opined: “An abridged version—unless it’s a horrible book—is never as good as the original…really, you’re taking all the meat and just ending up with the skeleton when you’re doing abridged.”

Others have shared the sentiment. The Talking Book Selection Committee for the Talking Book Library, the British service for soldiers who had become visually impaired during battle, refused in the 1930s to include abridged books. Thus it excluded the BBC’s Book at Bedtime, a still-running radio series that serializes books, often read by prominent actors.

The concern over literary credibility extended to organizations supporting blind people. Matthew Rubery’s The Untold Story of the Talking Book, a must-read for audiobook history nerds (who surely number in the billions), recounts:

“The American Foundation for the Blind and the Royal National Institute of Blind People both prohibited abridgments to ensure that their constituencies received the same credit as everyone else for reading books. Doing otherwise risked being perceived as substandard in terms of literacy.”

Yet Caedmon thumbed its nose at unabridged purists. It marketed abridgments as a value-added reading experience. Caedmon editors abridged Lady Chatterley’s Lover by restricting the book to only Constance Chatterley’s perspective—you can decide for yourself whether this represents an interesting kind of literary remixing or a blasphemous mishandling of a classic.

Other examples Rubery gives in The Untold History of the Talking Book, from the liner notes of abridged audiobooks, include Moll Flanders (“skillfully shortened”), Macbeth (“a true essence”), and that classic of excess verbiage: The Holy Bible. Rubery writes,

“Omitting the ‘he saids’ from the Bible’s Book of Job not only sped things along but also highlighted the remaining dialogue’s grandeur.”

Even more striking than this exercise in biblical trimming is the way that some audiobook authors have used abridgment as an opportunity to enhance their work. Poet Galway Kinnell would spontaneously alter his poems when reading them to audiences. He liked these unexpected improvements so much that he stuck with them subsequently, and used these revisions when recording albums of his poetry, rather than the published versions. Thus Kinnell treated his poems as ever-evolving creative works—much as another celebrated wordsmith, Kanye West, would later do with his released-but-never-definitively-finished album The Life of Pablo.

How Technology Has Shaped The Abridged Audiobook

The key factors in the rise and fall of abridged audiobooks are economics and technology, which of course interrelate.

In the 1950s, companies like Libraphone and the Audio Book Company seized upon the longer playing time of LP records to record full novels.  But the audiobook industry as a whole didn’t pick up steam until the 1970s; according to the Audio Publishers Association, libraries began stocking audiobooks in that decade. It became common for bookshops to carry audiobooks in the mid-1980s.

Audiobook companies didn’t just rely on physical locations to stock their products. Mail-order business was key to the growth of the industry, and one postwar change that deeply affected Americans’ tastes in audiobooks was suburban sprawl and the rise of commuting. Olympic rower Duvall Hecht founded the company Books on Tape in 1975, and business boomed among commuters and travelers. Trentman, the Recorded Books founder so antipathetic toward abridged books, was a traveling salesman who wanted unabridged audiobooks that would provide plenty of entertainment during long journeys.

Later, Brilliance Corp. produced the charmingly antiquated-sounding “Bookcassettes.” In the 1980s, the company even relied on a special innovation that hasn’t stood the test of time. As Matthew Rubery explains to Book Riot, Brilliance “used a unique, cost-cutting recording technique that doubled a tape’s recording capacity…but made them unplayable on some devices without an adapter.”

Abridged audiobooks have been declining as physical media like CDs become less important, and space is less of a consideration. Being able to fit a book on five tapes instead of 10 makes a significant difference to both the cost and the reader’s experience. Carting around a massive set of tapes for a train journey, which crowds out valuable space in your backpack? No, thank you.

Mark Pearson is a cofounder of Libro.fm, an online audiobook store that directs sales through independent bookstores. Pearson points out another recent technological development making abridged audiobooks less relevant: the ability to change the playback speed. If listening at 2.0x, a full audiobook can be digested in half the normal time.

As a fan of (attempted) slow reading who is sensitive to the chipmunkiness of sped-up audio, this sounds torturous to me. Yet the speed-change function is useful for other reasons as well, such as slowing down a foreign-language book to improve comprehension.

In 2009, digital downloads became more popular than CDs for audiobooks. The digital boom has even led some publishers to rerecord abridged audiobooks in their unedited versions.

The Plummeting Popularity of Abridged Audiobooks

The sales figures of the Audio Publishers Association, which go back to 2001, show that abridged audiobooks peaked at 39% of the total audiobook market in 2004, and this proportion has consistently fallen since then.

Today, audiobooks meant for everyday consumers are almost exclusively unabridged. This gives readers full control over which parts of the story they skip over (if any) and avoids any sense of “missing out” on parts of the plot. Various details will affect readers in different ways. What one person finds insignificant may be hang-this-quote-on-the-wall-worthy for another.

Furthermore, unabridged audiobooks are a great resource for readers with vision impairments or chronic illness that affects one’s ability to read words on page for prolonged periods. When an audiobook is only available in its abridged version, it takes away the ability for some readers to experience the entire story as intended by the author.

“The most returned audiobooks on Libro.fm are abridged editions that our members purchase by mistake.”

These paltry percentages match trends in the wider industry. Cobb says that the Audio Publishers Association stopped tracking figures for abridged audiobooks several years ago “as they really aren’t a significant part of the market anymore. In 2016 they were just 3% of the market.”

So who are abridged audiobooks meant for today? The most obvious answer is simply people who want to read books without the filler (sorry, long-winded authors). That could be a person with a high reading goal who wants to power through books, a student hoping to get the CliffsNotes of an assigned reading, or a parent trying to get their young reader interested in audiobooks.

Abridgment—whether of audio, print, or digital books—also provides an opportunity to correct typos and other errors from earlier versions. And it may be a way to redress the bigotry of old books. Librarian and fellow Book Riot contributor Anna Gooding-Call recalls, “Cheaper by the Dozen had an abridged version on tape where they cut out the horrifyingly racist episode with the Chinese cook. Big improvement. I listened to it with my mom when I was a kid and read it separately, and I remember noting the difference.”

Even though abridged audiobooks account for a tiny share of Libro.fm sales, “I expect that publishers will continue to produce abridged editions but that the number will decline,” Pearson believes. He pledges that “Libro.fm will continue to sell them even if only a small group of listeners wants the abridged version.”

Academic Rubery also believes that abridged audiobooks won’t go extinct. He predicts that “there will always be some market for abridged recordings just as there is a market for abridged print books (a short Moby Dick is popular with kids, for example). It will just be more niche than was once the case.”

This article was written with the assistance of fellow Book Riot contributor Sophia LeFevre.