One of the most sticky issues with the label “AAPI” is that it lumps together so many different groups under one umbrella. The label “Asian American” on its own subsumes around 50 different Asian ethnic groups. Add “Pacific Islander” to that and the issues should be evident.

Part of the reason for the issues with the AAPI label is the complex nature of Indigenous Pacific peoples, Asian Americans, and Asians in the Pacific. Indigenous Pacific peoples face very different social, political, and cultural realities than Asian Americans and Asians living in the Pacific. (For that matter, generally speaking, Asian ethnic groups like Cambodians and the Hmong face very different realities than those with East Asian or South Asian heritage. And even those experiences are anything but homogeneous!)

In fact, where U.S. America is concerned, the potential subsuming of Indigenous Pacific peoples into the larger AAPI category runs the risk of erasing all manner of colonial activities (past and present) the U.S. is/has been part of in the Pacific.

Of course, there are also those who are both AA and PI, for whom the label AAPI actually describes their backgrounds with accuracy.

So why does the label exist in the first place? Well, some have argued for AAPI as a potentially unifying label. As CHamoru poet, scholar, and activist Craig Santos Perez has articulated, “AAPI coalitions can be useful” in the face of a variety of sociopolitical struggles, but it is important to be careful about how the label AAPI “is employed and leveraged so it doesn’t cause confusion, erasure, or conflation.”

In the essay “To ‘P’ or Not to ‘P’?: Marking the Territory Between Pacific Islander and Asian American Studies,” Vicente M. Diaz points out, “Perhaps the biggest difference between Pacific Islander and Asian American histories, struggles, and studies is that binary between the condition and status of Indigeneity versus Immigrant/Settler identity under the sign of America.” Diaz notes that scholars working within Native Pacific studies and Asian American studies (separately or in tandem) must understand the specificities of both fields and their attendant histories if they are to be responsible.

With all of this in mind, the label AAPI should give you something to think about as a reader. To return to where I began, May is AAPI Heritage Month in the U.S. That means you’ll likely be hearing about a wide variety of books to read, movies and TV shows to watch, artists to pay attention to, music to listen to, and more.

And that’s great — you should absolutely take some time to experience various avenues of cultural production! But you should do so with an understanding of what this label means, who it attempts to describe, and what it risks erasing.

Where the study of literature is concerned, the ways you might approach or think about texts produced by Indigenous Pacific Islanders and by Asian Americans are quite distinct. To that end, here are a few books to check out if you want to get a sense of the intellectual landscape(s) concerning so-called AAPI literature. 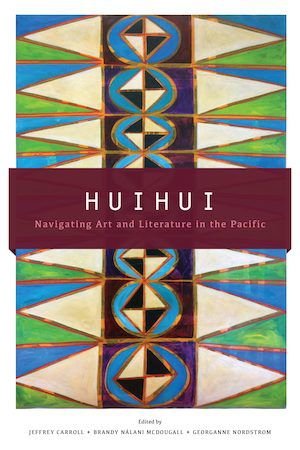 Huihui brings together a wide range of scholars and writers in its exploration of Indigenous cultural production. Taking rhetorics and aesthetics as a foundation for a larger investigation of Indigenous Pacific art and literature, the anthologized texts underscore the importance of intellectual, political, and cultural traditions. The collection includes scholarly essays alongside creative writing, visual arts, oratory, and more. It’s a solid place to start if you’re looking for a critical framework for understanding Indigenous Pacific cultural production. If you’re interested in learning more in this vein and are willing to move beyond literary studies, check out Archipelagic American Studies. Alternately, for a deeper dive into CHamoru literary aesthetics, check out Craig Santos Perez’s book Navigating CHamoru Poetry: Indigeneity, Aesthetics, and Decolonization. 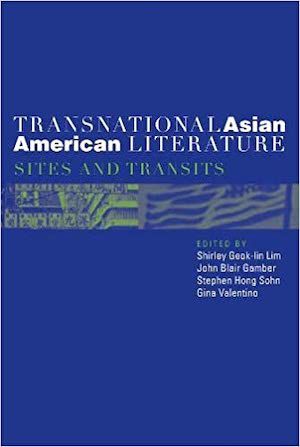 This edited collection of scholarly essays is, as they say, an oldie but a goodie. Published in 2006, it represents an important moment in Asian American literary studies in that it seeks to look beyond the geopolitical borders of the United States. In a move that has since often been referred to not only as “transnational” but more specifically as “transpacific,” Transnational Asian American Literature considers global dynamics — here, those between the U.S. and parts of Asia — as manifest in Asian American literature. Another book that grapples with these ideas (not necessarily in literary studies) is Transpacific Studies: Framing an Emerging Field. 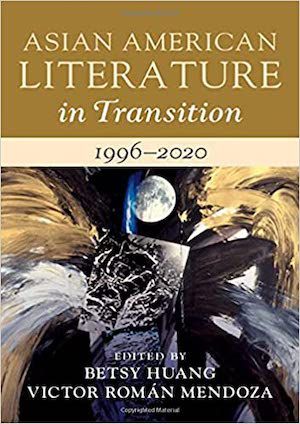 Asian American Literature in Transition: 1996-2020 edited by Betsy Huang and Victor Román Mendoza (but really all 4 books in the series)

If you want more suggestions for readings that fall under the “AA” portion of the “AAPI” label, check out this list of memoirs to read for AAPI month or this list of some of the most exciting Asian American books to read this year. If you want some books that focus more on the “PI” side of the label, there are some amazing ones on my list of Indigenous poets you should read (fair warning: not all the books on that list were written by Indigenous Pacific poets!) and this list of Pacific Islander and Pasifika Authors you should know about.