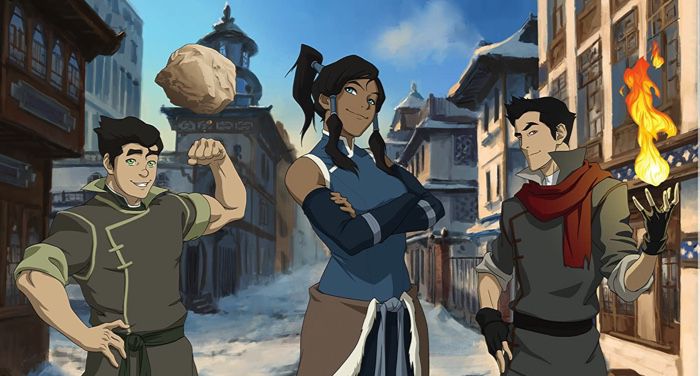 Step right up, theydies and gentlethems, to the animation and comics battle of the century. It’s going to be one for the ages tonight as we host the out-of-continuity showdown you’ve all been waiting for! In the red and saffron corner, we have Avatar Aang, and in the blue and white corner Avatar Korra! Both set to prove once and for all that he or she is the better, no, the best Avatar of the franchise…

Here’s what we’re not going to do:

Because that right there is one of the only issues the otherwise pretty awesome and chill Avatar fandom bangs its collective head against. It’s the reason Avatar: The Last Airbender (the series, not the horrible awful whitewashed travesty of a movie) is almost universally praised while its successor The Legend of Korra goes about 50/50 on the love-or-hate o’meter. Sure, there are parts of Korra that are a little choppy; there are parts of Avatar that are a little choppy, too. Does Korra get a little tangled in its redemption arcs? It does, but let’s be honest: there is no redemption arc in the history of animation and possibly in the history of redemption arcs (looking at you Ben Solo) that is ever going to top Zuko’s (seriously, it is the primer and I go back through the review in the comics when I’m writing a redemption story and also possibly actually throw in at people when they ask if I have a favorite) so let’s cut Team Avatar Redux a little slack.

This felt like a good time for me to write an actual post about Yet Another Hill I Will Die On: While A:TLA is never forgotten, there’s been a surge of discussion and enthusiasm for the show, the characters, and the world in the last month or so as the series landed on Netflix in anticipation of the streaming service’s much anticipated new live action adaptation (which will hopefully not drown in suckitude like its predecessor) set to debut…someday, hopefully. With that surge has come the inevitable slew of “Okay, well, I’ve finished ATLA, should I watch Korra?” inquiries which have been met, as always, with a variety of opinions ranging from, “OMG, yes!!!!!!!!!” to “I spit on Korra, all of her friends, and even her enemies.” 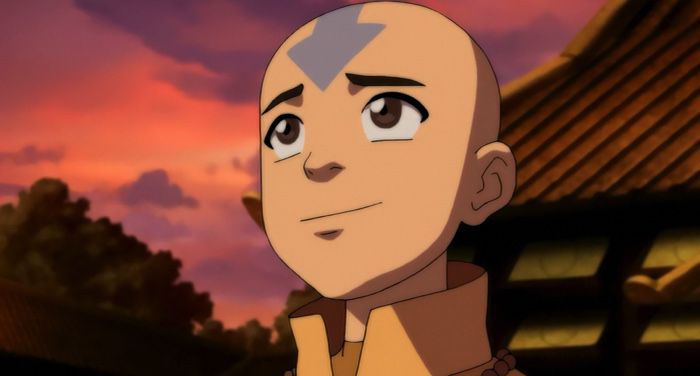 People slap TLOK and its titular Avatar down for all sorts of reasons, the main one being that while Aang is altruistic and adorable and kind, Korra is arrogant and rude and unlikeable. Aang puts others first while Korra puts her position as Avatar first. Yes, Aang sometimes runs away from his responsibilities but he’s like, 12 and he didn’t really have proper teachers and he always gets there in the end whereas Korra, who has been properly trained, rushes in and gets people hurt and makes all the mistakes and she should know better.

Here is where I call bullshit on that interpretation.

When Katara and Sokka find Aang, he is literally frozen in childhood. He had, to the point where he left the monastery, been raised by a wholeass tribe that included both adults and children of all ages. Yes, the social dynamic changed when he was identified as the Avatar, but he remained inside that community and he had a teacher who made certain he was allowed time to be a kid, time to be human. When he’s unfrozen, the first people he encounters are other tweens who immediately take up his cause. His primary antagonist is only a few years older than him. Aang deals with some extremely heavy stuff but he does so amidst opportunities to go penguin sledding and explore new places, and in the end, after a lot of work, his enemy becomes one of his best friends.

That’s all a very long way of saying that Aang’s story is one of a human accepting his destiny and its challenges. It’s the story of a human learning to be the Avatar and we love him for that.

Korra starts with two strikes against her. We see her as a child only once, at the very beginning of the first episode of TLOK, and then we meet her again as a teenage girl. An arrogant one. She knows she’s special. She knows she’s powerful. She’s known her whole life. Being sent out into the world to begin her mission doesn’t change any of that. Why should it? She’s the damn Avatar.

The thing is? The audience is predisposed to dislike teenage girls. Various other media have told us why. And it is most certainly predisposed to disliking a teenage girl who isn’t demure, polite, and deferential. Which means the audience is cued to dislike Korra, to see her as a trope rather than to see her, to not give her origin story a single moment of the consideration it has given Aang’s. If it had been Korra knocking over that cabbage cart, people would have been baying for blood.

So, let’s step back for a minute and look at where Korra came from. To figure out how her story is different. Let’s give her the same benefit of the doubt people gave Aang.

Korra was identified as the Avatar when she was a toddler still living with her family. She was removed from that family and taken to be trained in a secure, remote location. She, unlike Aang, wasn’t raised by a tribe: she was raised by instructors and soldiers. Adults. And a wolf. No other kids, though. She was always the Avatar, always the role, never a person, and certainly never a child. Aang got to live before he took on his full responsibilities; Korra was forced to take on her full responsibilities before she had any idea that life was a thing. Everyone around her was laser focused on teaching her to be the Avatar; no one taught her how to people and then, when the time came, they pushed her out of the nest and we all expected her to fly with perfect grace.

Aang didn’t. We didn’t expect him to. So why did we put that burden on Korra?

To review: Aang’s story is about a person learning to become the Avatar.

Korra’s story is about the Avatar learning to become a person. That is, if anything, the more difficult task.

So maybe, just maybe, we can make some room in our hearts for Korra. too.