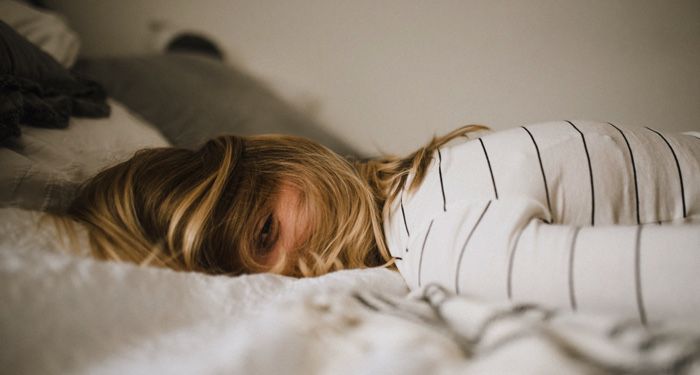 I’ve always been fascinated by the sociological study of generations. As a devout enthusiast of pop culture, I find it interesting to learn how historical events have come to be associated with different generations of society, such as the fact that Baby Boomers outnumbered their parents in the ’60s, Generation X were “latchkey kids,” and, according to numerous sources including Anne Helen Petersen’s latest novel Can’t Even, Millennials have come to be the burnout generation—among many other things.

Maybe I’m so fascinated by the cultural studies surrounding generational divides because I’ve never felt readily attached to any given generation. I was born in 1997, so if you want to get technical, some would say that makes me part of Generation Z (I do have a TikTok, but I’m not very good at it and still don’t really get how it works, OK? OK.) But it feels jarring to call myself part of Gen Z when, growing up, people my age were almost always lumped together with Millennials: a generation which, once upon a time, was defined as people born between 1980 and 2000.

The definitions of Millennials and Gen Z have since undergone significant changes, with the current discourse stating that the last Millennials were born in 1996. It’s hard to figure out which generation you belong to when the definition says one thing and your own life says another. But feeling generationally out of place has never been weird in my family—my mother, who was born at the very end of 1964, has never really felt like a Baby Boomer, but has also never felt attached to the Gen X experiences of her younger sister. (She does, however, get extremely offended by “OK Boomer” rhetoric, so, you can be the judge on that one.)

It turns out that I’m not the only person to feel too young to be a Millennial but too old to be part of Gen Z, and that there is in fact an entire microgeneration of people who were born between the two definitions: we’re called “Zillennials.” Urban Dictionary defines Zillennials as a “a microgeneration consisting of persons born 3 years before the end of Millennials and/or 3 years after the start of Generation Z,” estimating them to have been born between 1992 and 1998. According to Emily Warna from Medium, “We’re the kids who grew up with tech around us, but we’re also the kids who didn’t come out of the womb tablet in hand. We don’t really remember a time when the Internet didn’t exist or when you had to dial somewhere external to access it, but we weren’t connected 24/7 from the get-go. We remember a time when respite from the Internet existed … The Zillennial is a unique generation, one that grew up in the transition from the non-digital to the digital-first.” We were a bit young for the Spice Girls, but Britney Spears and Avril Lavigne were royalty.

While I can certainly say I’m more a Zillennial than anything else, I’m also wary of identifying myself with any given generation—because I’m still not sure I’m entirely on board with the concept of blindly grouping people together based on what year they were born in. For example, as a Zillennial, I had the privilege of growing up during the era of buying TV series on DVD, so I developed a keen interest in sitcoms that originally aired light years before I was born. As a result, older adults who don’t know me tend to be surprised when they’ve heard that I’ve seen every episode of The Brady Bunch, The Mary Tyler Moore Show, Rhoda, or Roseanne—because I wasn’t alive during their heydays. People are large: they contain multitudes. But as I was reading Petersen’s Can’t Even: How Millennials Became the Burnout Generation, I realized that no matter what generation you believe yourself to be a part of—Millennial, Zillennial, or Gen Z—one thing is for certain: the system has screwed us.

Reading Can’t Even felt like being trapped inside that “I’m in this photo and I don’t like it” meme. Based on hundreds of interviews and lengthy, extensive research, Petersen takes us inside the Millennial generation: the values they were raised on, the kind of childhoods they tended to have, and immediately links it to where it all went wrong. While the book is written from a predominantly American perspective, it’s undeniable that Millennials and their associates worldwide are suffering from the same condition: total, irrevocable burnout.

“There are so many reasons for millennial burnout,” writes the author. “But one of the hardest to acknowledge is the one that [we] [face] down every day: that the thing you worked so hard for, the thing you sacrificed for and physically suffered for, isn’t happiness, or passion, or freedom. Maybe college provided choices, or got you out of your small town or a bad situation. But for the vast majority of millennials, getting a degree hasn’t yielded the middle-class stability that was promised to both us and our parents. It’s just the same thing it always was, even when it gets dressed up in the fancy robes of the education gospel: more work.”

The reasons for Millennial burnout that Petersen explores are vast, but they can be summarized by the fact that middle-class job stability is just not available to us in the same way it was to our parents, and as a result, we have had to work harder to prove ourselves for something that can so easily be taken away. But in the process of working so hard to prove ourselves, Millennials and their descendants have come to be seen as expendable, overworked robots who are not given the same freedom and space to be human that our parents were. It doesn’t help that the rise of modern technology has largely defined our lives, making it virtually impossible to ever be fully offline or to ever fully leave work at work. And when you combine that with the pandemic age of working from home? Forget about it.

Anthropologist Karen Ho, who has studied the rise of overwork in the aftermath of the Great Recession and whose research Petersen makes use of, spoke to an associate at Goldman Sachs who described modern society’s predicament with it: “I think in the old days, back in the fifties or sixties, people kind of just had a set pattern of life. They went to work, climbed the ladder slowly, and did whatever they were told. I think now that people are so seduced by the capabilities that you can jump ahead and how much of a difference you can make, how important you can feel or whatever it is that gets you off … It feels like now, you can get a lot done, be really productive, and it is seductive … And there is nothing better than to complete things on a regular basis.” And it’s that compulsive drive, the one that was fed to Millennials and beyond whether they liked it or not, that has led to what Petersen refers to as the “motivating engine” of burnout culture: there’s nothing better than completing things on a regular basis, especially when you’ve come to realize that stable work can always be fleeting.

I’ve never personally been a fan of blaming one’s problems on something out of our control, because I think even when there’s something keeping you down—a broken system and society, perhaps—you still have to be able to look in the mirror at the end of the day and take accountability for yourself. Yes, the world can be a terrible place that makes it incredibly hard for us to achieve what we want, but in the meantime, what can we control? What can we fix? For the past several years, this has been my approach to adult life, especially in regard to my mental health issues. But it wasn’t until I read Can’t Even that I started to believe that maybe a good 90% of my anxiety issues come from an era that’s obsessed with overworking young people, and instead of parents and older adults sighing that all the kids are depressed and anxious these days, maybe we could all collectively look in the mirror and take accountability for the things we can in fact control. Then maybe, just maybe, that broken system might start to feel a little less so. As Petersen so tirelessly points out: it doesn’t have to be this way. “Underestimate us at your peril,” she says. “We have so little left to lose.”