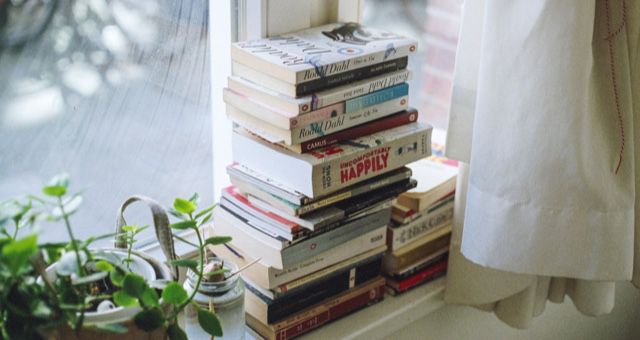 My grandmother died from metastatic breast cancer a little over a year ago. At nearly 93, her death was not a surprise, exactly, but I just never actually thought she would die, much less from the invasive cancer that she had overcome once before. Even her oncologist had told me at the beginning of her recurrence that the breast cancer wouldn’t kill her; old age or her heart disease would. We were wrong.

My grandmother was the last living grandparent I had. At the age of 38, I knew I was lucky to have any grandparents left. But when she died on January 30, 2019, I wasn’t prepared for the devastation that snuck in—gradually, and then very suddenly.

Grief can be decimating. But as everyone knows, time doesn’t stop for your pain. It doesn’t even slow down, no matter how much you want it to. The kid still needs to be washed and fed and taken to preschool, and you still have deadlines to meet, work to produce, and days to get through.

After my grandmother died (even a year later, those words just don’t look right; they can’t be right) it was hard to write non-work things, but one thing I was still able to do was read. I read and read and read. I read over 250 books in 2019. When my son went to bed for the night, I’d finish up any work from the day and then sit down with a book or three. On the page, I found escape. I found story and distraction.

When it had become clear that my grandmother was in her last weeks, I turned to Joan Didion, as I had in the past when other family members were dying. The Year of Magical Thinking and Blue Nights were familiar in their grief; in their measured examination of liminal spaces and how life changes in the ordinary instant.

In the past, being a medical/healthcare person and one who loves oncology, there’s a chance I would have dived into medical books. But this time, I just couldn’t. I had books come across my desk about hospice, a “good death,” and dying, and if I’m being honest, I would often really want to read these, but could rarely actually do it. A few months after my grandmother’s death, I read Edwidge Danticat’s slim volume of The Art of Death: Writing the Final Story. I wanted to know how to write about this—and this book was perfect. A mix of memoir, craft, and instruction, it was just the amount of each that I needed. 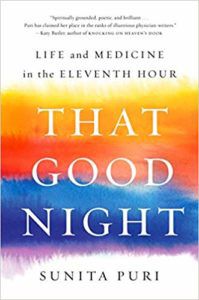 As time went on, I read some books about death and cancer. Sunita Puri’s book about becoming a palliative care physician, That Good Night: Life and Medicine in the Eleventh Hour, was a fascinating read. I approached it as research for a potential project, so I was able to read it with a bit of detachment. The Undying by Anne Boyer, a memoir about breast cancer, was a bit harder to read. The prose itself is brilliant and strong, and I often had to pause and think about what I had just read. But it also cut a bit close to the bone, and I took much longer to read this one than I normally would have. Once More We Saw Stars, by Jayson Greene, was a book that I gravitated to early on, but when the ARC arrived, I was consumed with ambivalence. It took weeks to get through the first 20 pages. As the mother of a toddler, as someone still reeling from the loss of a loved one—it may not have been the best choice of a read just then. But I was eventually able to steel myself and get through, and it was a deeply raw, haunting book that I still think about today. I found threads of connection in it and held on.

I was sent a copy of In the Time of the Butterflies, by Julia Alvarez when the 25th anniversary edition was released. I’d somehow never read Alvarez before. The story about living under a dictator, political tyranny, and rebellion felt especially necessary, and her prose is gorgeous, with the characters well-drawn and pulling you in. Every time I put this book down, I resented having to leave the pages and rejoin the outside world. It was a much-needed escape.

I read memoirs that turned the genre on its head like Ordinary Girls by Jaquira Diaz,  How We Fight for Our Lives by Saeed Jones, and Girl on Film by Cecil Castellucci. I read genre-defying, beautiful books like PET by Akwaeke Emezi and quietly haunting novels like The Last True Poets of the Sea by Julia Drake. I would read and reread sentences and pages of these books because the prose was so precise and cutting, or because it was so inventive and tumbled off my tongue, creating whole worlds in my head as I moved through the stories. Life was packed onto every single page of so many books I read this year, and maybe there’s something to that when you’re dealing with grief—seeing pages that can barely contain the story of a life reminds you of how much living there’s still to be done.

Looking at my reading in 2019, I read many fantastic books—books that took me out of my comfort zone and made me think. But I also used books as escape and distraction. If I was reading, I couldn’t dwell on how much I missed my grandmother and wished she could see what my son was doing now. I couldn’t think about how much I missed going to dinner with her multiple times a week, or how many times I would go to call her and then realize it was useless. Does this diminish the books I read this year? I’m not sure. I think I’d be better focused now than I was last year, and I plan on rereading some of my favorites to see what I might have missed the first time around. But reading, as it always has been, was a balm. It helped me get through a difficult year. For that, for the stories I savored and the characters I met and things I learned, I am grateful.