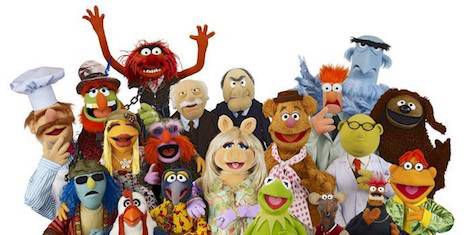 If you were the right age, growing up in the ’90s, then like me you might have been introduced to classic works of literature like Treasure Island and A Christmas Carol not in actual book form, per se, but in what is perhaps the superior form. I am speaking, of course, about Muppets.

Not only was this a great way to meet those classic books, it means that some small part of my brain will, forever, take books I’ve loved and want to repopulate them with the cast of The Muppets, because seriously, those movies should have government funding, they’re so awesome.

Anyway, that brings us here. To blend Harry Potter, and The Muppets. Let’s get dangerous (sorry, wrong program). 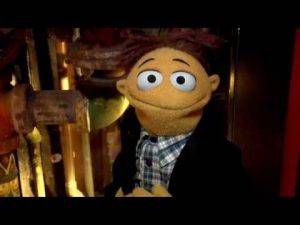 Two Muppets here, right off the bat! Well I’ll explain. We’ve kind of had three generations of leading Muppets in the movies, from Kermit, to Gonzo, to Walter. And that’s cool. It means I think Walter would be perfect to play Harry Potter. He’s got the innocence, the naïveté, and he’s good in a song. (Oh, did I not mention they need to be good in a song? Of course they do, this is a Muppets production). But I mention Gonzo as an alternative, partially out of nostalgia, but also because there was always a faintly tragic air about his starring Muppet roles. The Muppets were his family, because beyond them, he was strange and unique and alone. That sense of being apart and tragedy is good for Harry Potter. And in case you think I just got all dour, remember that tragic-Gonzo shot himself out of cannons. 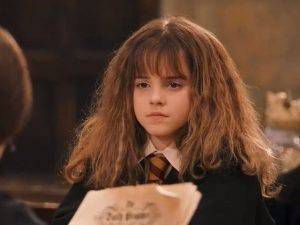 So this one took a lot of work, which was a surprise to me because of what a tremendous fan I am of Hermione. I dug around and thought hard, but here’s an interesting thing I discovered…there are not a lot of girl Muppets. I suppose even something as beloved as the Muppets has got to have a failing or two. We can work around this, though! There are always live actors in the Muppets movies. Maybe this is that! Heck, for fun, imagine a young Emma Watson in full Hermione mode, trying to argue with Ron Weasley, below. There, isn’t that better? 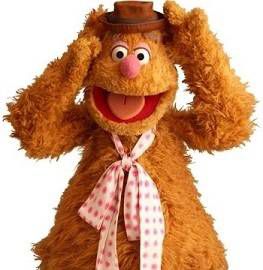 I don’t think there was another casting on this list that went faster than this one. Who else is more perfect to be Ron than Fozzy? His qualifications are pretty obvious: He makes awful jokes, he is also a ginger, and he practically has sidekick written all over him. Well, specifically, affable sidekick who will actually cause more problems than solve, but they’re all right in the end. See? that’s Ron and Fozzie, right there. Imagine a really good exchange between Fozzie and Hagrid, with Fozzy making terrible puns and saying “Wokka Wokka” now and then. It’s perfect. And speaking of Hagrid… 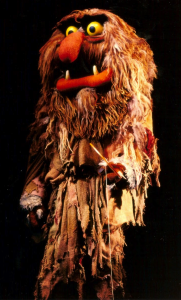 Sweetums, the Doge of the Muppet world

Like there was even a choice that this was ever going to be someone else. Sweetums is the most perfect Hagrid imaginable, and I say that with all possible love to Robbie Coltrane. Imagine him busting down the door early on, and going “OH BOY OH GOSH OH GUYS YOU’RE A WIZARD HARRY OH WOW OH MAN” before he, undoubtedly, gets ditched by his own flying motorcycle somehow. 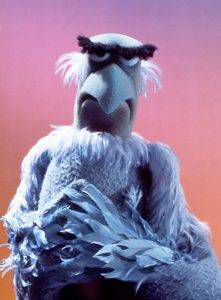 Much like how Sweetums was Hagrid even before there was such a thing as a Hagrid, Sam Eagle was the Severus Snape before we had Snape. And he is wonderful. Well, he’s miserable and grim and a wet blanket, but he’s a terrific Snape. In your mind, you can take Sam Eagle from any past Muppets movie, and you can imagine him interacting with any of the characters on this list. Imagine him having to deal with Sweetums. Or lecturing Ron and Harry as Walter and Fozzy. These are good scenes, you guys. 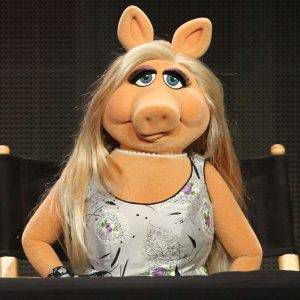 Calm, poised, graceful, with a current of menace caused by absolute authority and steel will. Miss Piggy is pretty good on most of these qualities except for “Calm.” Let’s be honest. It’ll be like combining Dame Maggie Smith with Hulk Hogan, or something. I’m not sure if that’s good or bad, but it’s going to be an interesting combo in the movie. I have a nervous feeling, though, that whether played by Miss Piggy or Maggie Smith, McGonagall and Hermione could team up and solve the entire problems of the series in about a week. 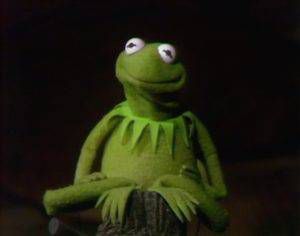 “The Muggles, the Dreamers, and Me…”

All the way back, Kermit has been something of the harried manager and organizer, trying to keep an utterly lunatic organization together and not exploding (at least, too much). All of this while being somewhat as nuts as everyone around him. That all could apply to Hogwarts as well as it could The Muppets Tonight, and he becomes and even more apt Dumbledore when you consider that in recent years, Kermit has become somewhat wizened and thoughtful, which is surely a Dumbledore quality. But then, it was a long time ago that he sat on a log and wondered about all those songs about rainbows, so maybe he was always a bit Dumbledore at heart.

And finally, the scary moment we’ve been waiting for. Who shall be He Who Must Not Be Named? Who is the greatest evil of all? The darkness which plagues our times and haunts the wizarding world? 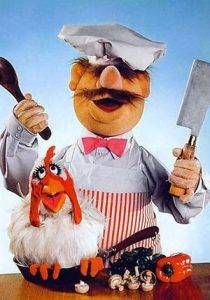 I don’t think I even need to list all their similarities, do I? One is the Dark Wizard Lord of Evil and the other is Tom Riddle. 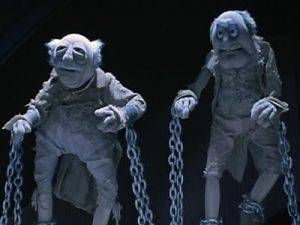 Come on. What do I even need to say about this? You don’t disagree with me. Just pretend them floating about, offering commentary on the storyline as it unfolds. It would be like having a grouchy Mystery Science Theater 3000 going on inside our Harry Potter story.

This, then, is my re-casting. Honestly, I could just keep going and going — I mean, I didn’t even get to the bit where you could recast the House Elves as Fraggles — but sooner or later, I’ve got to stop. You can imagine the rest, either in the comments or in your minds. Or you can just wait a bit, because now that I’ve typed this post, J.K. Rowling and company will see it and very quickly get this movie into production. I mean obviously.