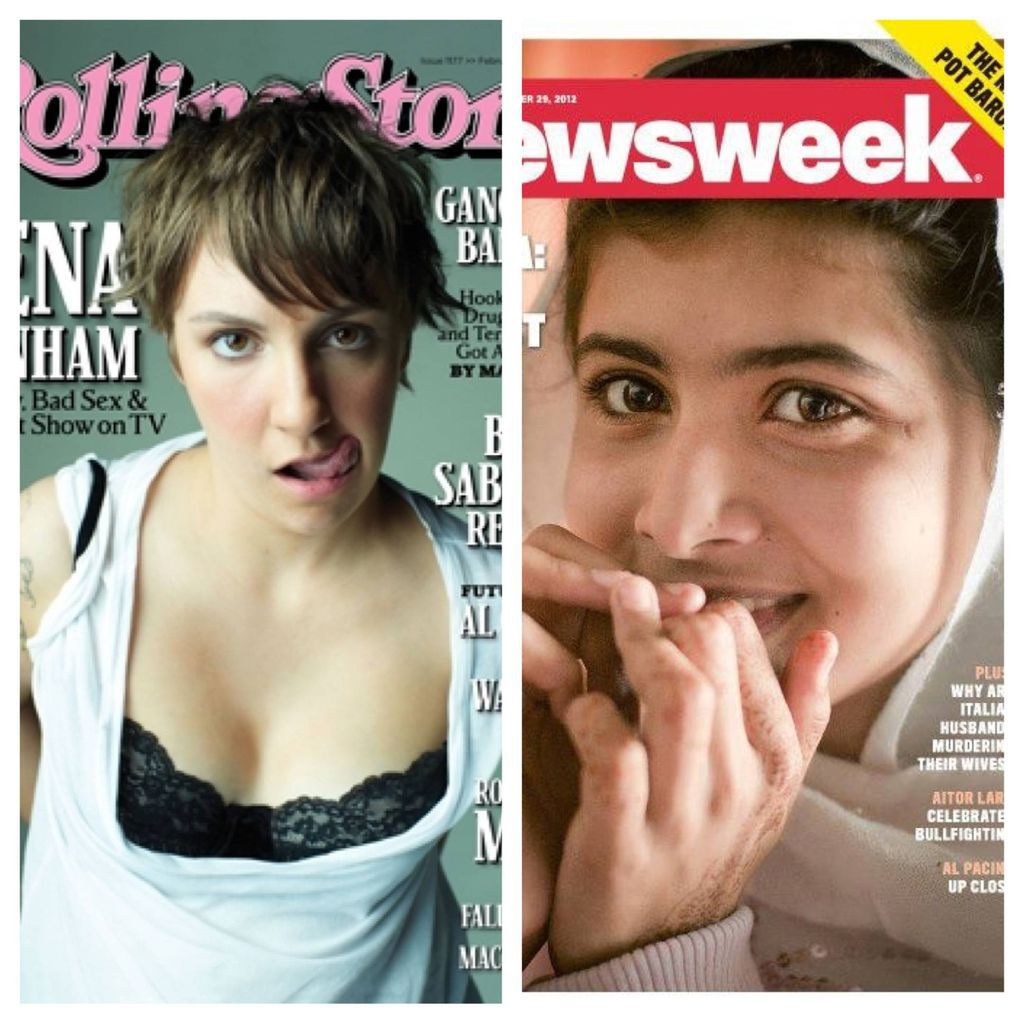 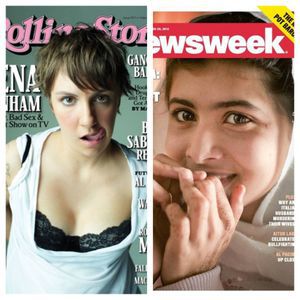 Recently, it was announced that Malala Yousafzai (the 15 year old Pakistani teen who was shot by the Taliban in an assassination attempt for attending school as a female) is to pen a memoir and will be paid $3 million dollars to do so. For better or worse, on first hearing this news, I immediately thought that she and Lena Dunham (pop-culture it-girl) will be paid the same for their upcoming books and it surprised me. In a society that collectively shows our values through revenue (where the Kardashians are worth more in commercial profits than Mother Teresa) it took a moment to digest what the equal pay for these two young women meant in a broader sense than the reporter was reporting.

From my initial surprise, I transitioned to a “hell yeah” attitude – even getting to the brink of being angry that Yousafzai isn’t getting paid more than Dunham. Doesn’t she deserve it? The girl almost lost her life just for going to school. What has Dunham done? Become über-famous at a young age and won a bunch of awards that others, who have been working longer and harder than her, have never touched? But this snarky position quickly subsided when I realized two things: 1.) I was impressed with the literary industry for (at least this one example) negating the heightened importance of celebrity over true heroism; and 2.) These young women are both valid and important voices for the generation coming up alongside them, and it is intriguing that the book industry is recognizing their individual expressions of that.

Dunham contributes her voice through Girls, a controversial show on HBO that is a bare-boned modern day look at how confusing, sometimes painful, utterly exciting, and very overwhelming process becoming an adult is in a country where an abundance of options can often (and ironically) feel like it creates more chaos than good. Yousafzai contributes true and pure physical courage to the world conversation, while exhibiting the extraordinary fact that one need not be trained, powerful, or even an adult to combat the darkest evils.

Are these two young women contributing equally to the world stage? No, I’m not even trying to suggest that they are. But there are small and big battles to be fought in this world, and the need for a variety of voices is the only way to do that; whether it’s to inspire others to get on the school bus and take on extremists by not allowing them to dictate one’s life (in the hopes that one day they won’t be able to dictate others’ lives as well), or to show that one is not alone when they feel so unstable and unsure of themselves (and the direction of their lives) that their minds take control of the very ability to leave the house (as was portrayed in Season 2 of Girls).

We have become (me included, as I’ve already admitted before) quick to judge someone’s worthiness based on subjective standards. The negative opinions when Dunham was offered her $3 million were substantial, and, understandably so, there has been no such outcry in the United States about Yousafzai’s contract. Again, the point is not that these young women’s messages are equal, but that they are both relevant enough to be highly valued in the global discussion that is the book industry. In the past few years, there have been decent battles about whether male writers are valued more than women (when evaluating book deals, bestseller lists, and critical reviews), and here we have two young women in extraordinarily different circumstances that are being primed to be compared to each other (both in timing of publication and in contract deals).

Instead of making it a competition, we should be celebrating the validity in their individual messages along with their path-making for other young women (and men) who have more to say than snarky remarks about the world around them, or how they felt about their latest sex tape being released. This reader is hoping that this is a sign of better things to come in the publishing world; that the voices that are making a difference and encouraging other humans in whichever obstacles they are facing will be rewarded regardless of which community they are coming from or speaking to. Relevancy is key, and kudos to the publishing industry for getting it right with this one.