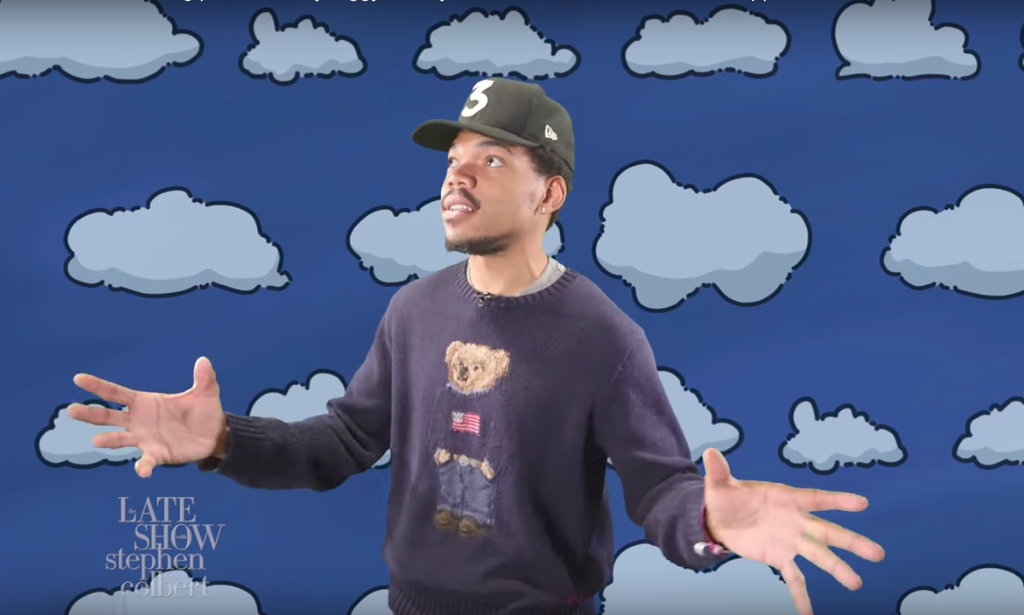 As a superhero and musical lover, I have long wanted a great combination of the two. Lately, especially as the Superman on screen has become increasingly dour, I’ve really longed for a Superman musical. With all my heart, I desire a Superman musical starring Chance the Rapper, written by Lin-Manuel Miranda.

As a musician and as a public figure, Chancelor Bennett embodies Superman’s most important qualities. I first encountered Chance with his cover of the Arthur theme song.  Voices, cymbals, and pianos swirl in a joyous and sort of angelic sound. “Everyday could be wonderful,” Chance serenades the audience. According to a GQ interview, he spent months on that cover. “Everyday could be wonderful” is a joyous and hopeful slogan, but also the message of a person on a mission. Chance The Rapper has always seemed to fight for that “could.”

Chance believes in community. His albums are filled with collaboration. His featured musician credits are many. Remember the time he rented an entire theater in Chicago, so anyone could go see Get Out for free? Chance believes in an artistic community, and he also believes in his Chicago community. He put together an entirely free music festival for teenagers in Chicago a few years ago! I know that Chance the Rapper as I know him is a public figure, and very careful about the image of him circulating in the world. I’ve obviously never met the man, and have no idea what he’s like. The Chance the Rapper I know, though, is a lot like Superman. 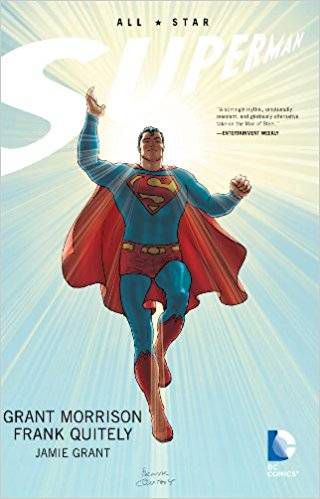 My favorite Superman comic book is All-Star Superman by Grant Morrison, and a Superman musical should take its cues from that story. The superman of my heart is that Superman, one whose super-ness extends beyond his flying and his laser-visioning. Superman uses his super-creativity and super-compassion, building a chemical compound to give Lois Lane superpowers for a day, reading every book under the sun, and sending miniature supermen to battle the cancer cells of kids in a hospital ward. Here’s a great Book Riot piece written by Alice W. Castle about the kindess written into that particle character. I believe Chance fits the bill for the All-Star Superman, for being the hero who loves, who listens, who cares. And hey, if you need more convincing, look how badass he is as a goggle-and-jumpsuit-wearing superhero in his music video for angels.

The Person To Write a Nuanced Superman Musical

In my dream Superman musical, Lin-Manuel Miranda writes the score. The great American musical Hamilton is, among other things, a song asking what it means to build something good. Most superhero stories worth their salt ask this question in some form or other. Superherosim is a form of arrogance, and no one understands that better than the guy who wrote “My Shot,” “Satisfied,” and “Wait for It.” I mean, can’t you see Superman singing “I’ve imagined death so much it feels more like a memory” as he flies into the sun? Or “I’m never satisfied” as he pulls himself out of Mogul’s black orchid illusion?

Miranda also knows how to build an antagonist whose belief system is totally believable, and fully at odds with the protagonist. Part of the brilliance of Hamilton versus Burr is in watching two people beautifully explain their ways of thinking, and coming to understand through the course of the show how those two beliefs have to be at odds . Miranda can get people to fight brilliantly with words, whether that’s the Jefferson-Hamilton congressional battles, or the poignant blows of “Your Obedient Servant.” And honestly, has the defeat of any supervillian been as moving as Leslie Odom Jr. singing “The World was Wide Enough”?

Lex Luthor is our last necessary component. But who is up for the task? Who could match Chance’s stage presence, sing Miranda’s complicated and dense lyrics, and embody a tragically arrogant megalomaniac with brilliance that shines even as it alienates? And if possible, could that person love Chance’s Metropolis (Chicago) as much as he does?

Kanye West is the man for the job. The man whose great love song is about his hometown. Whose narcissism is so infamous, it has its own meme. “I’m doing pretty far as well as geniuses go” could easily be Lex’s first line in the musical. Here is a person who is arrogant possibly to the point of delusion, and yet also someone who clearly has a lot of love in his heart. Don’t we want a Lex Luthor who could take a break from building a kryptonite weapon to sing “Hey Mama?” We also want a Lex Luthor with conviction. My favorite Kanye West song,  “We Don’t Care,” celebrates drug-dealing as a basic assertion of presence: “Wasn’t supposed to make it past twenty-five. Jokes on you, we still alive.” Kanye West is a Lex Luthor who is talented, compelling, and believes in himself to the very end.