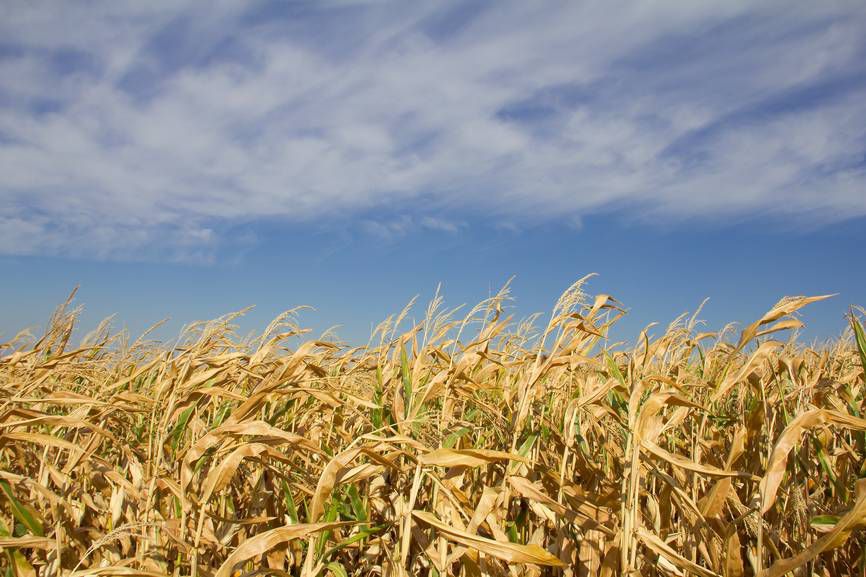 This is a guest post from Emily Polson. Emily is a writer, reader, and traveler from Iowa who has visited twenty-one countries and lived in three. Her first publication was an article in Muse magazine about her summer job as a corn detasseler. She’s a Slytherin, an amateur ukulele player, and a Peter Pan enthusiast. Twitter: @emilycpolson. Blog: emilycpolson.wordpress.com 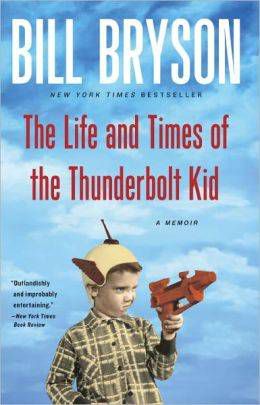 “I come from Des Moines. Somebody had to,” says Bill Bryson in The Life and Times of the Thunderbolt Kid.

This is how I felt about being from suburban Iowa as an aspiring writer who had yet to discover Bryson’s work. I went to college in Mississippi, a state rich with literary heritage, but I couldn’t think of a single writer from my home state. To me, our only claim to fame was when Jack Kerouac famously stated in On the Road that “The prettiest girls in the world live in Des Moines.” Admittedly this minor quote is only famous in Des Moines, but point is Kerouac did write it.

Marilynne Robinson’s Pulitzer Prize-winning Gilead takes place in Iowa, but this isn’t because the state can claim her—she’s on loan from Idaho to the Iowa Writer’s Workshop. I always thought that perhaps Iowa tries to make up for its lack of personal literary heritage by hosting one of the nation’s most prestigious writing workshops. Kurt Vonnegut, Flannery O’Connor, and Raymond Carver all either studied or taught—or both—in the program, but none of its most notable alumni have been Iowa natives. At best, I thought, we are a state where genius passes through.

I made a statement to that effect in one of the memoir essays I wrote for my senior creative writing project. My mother, ever my supporter, was quick to fact-check this claim.

She introduced me to a book called A Walk in the Woods by Iowa native Bill Bryson. I devoured his funny narrative about hiking the Appalachian Trail, but I assumed he was a man of little fame, even if the book had been made into a movie starring Robert Redford.

After graduating, I moved to northern Spain to teach English. I explained Iowa to all 440 of my teenage students as a place with a few small cities, lots of corn fields, and five pigs for every one person. A few weeks into the school year, I visited the library in the small town where I worked to scope out the English language book selection (scant) and borrow the second Harry Potter book in Spanish (well-loved). When I applied for my library card, the librarian looked up at me and asked in Spanish if I worked at the local school.

I nodded, confirming what was written on my membership form.

“And you are from Iowa?”

This puzzled me—I’d written my Spanish address, not my home address—but I said yes. The woman explained that her son, Gartzea, was in one of my classes. “He told me you were from Iowa because he knows I love the books of Bill Bryson—he has a very funny one about growing up in Iowa.”

I told her that I, too, liked Bill Bryson, though I hadn’t yet read that particular book. I was impressed with both her son’s memory and her knowledge of this literary niche, but I figured that it must be because she’s a librarian and thus her wide reading interests are a topic of household discussion. 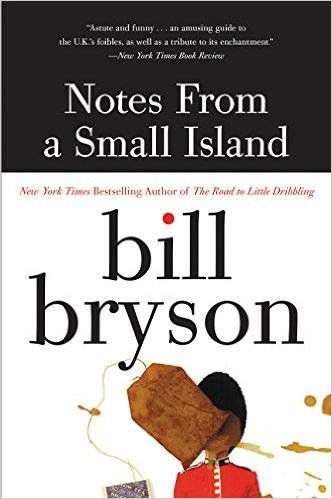 Months later, as I ran low on English reading material at the town library, I found a flash deal on Amazon for another Bill Bryson book, Notes from a Small Island. He spent twenty years in England and then wrote this book based on a trip he took throughout Britain just before moving back to the States with his family. I have several British friends and spent a semester in Northern Ireland, so I was intrigued and delighted to read this quirky episodic text.

I joined a book club in the spring with a bunch of ladies from the British Council English Academy. I was the only American in the group, so when they asked what I’d read lately, I thought they might be intrigued to hear of a little book about a picaresque American gallivanting through their homeland.

“Oh, Bill Bryson,” they all sighed. “He’s got quite a reputation in the UK.” This was quite a surprise to me, and even more so when they all named other Bryson books they had read. They mentioned Neither Here nor There: Travels in Europe, which he wrote about his time backpacking as a young adult. Later that year, when I took my own backpacking trip around Europe before heading back stateside, I spent one exhausted afternoon in the Cardiff Central Library reading about his visit to Amsterdam, where I had recently been, and Italy, where I was heading next. I know few Midwesterners who are driven to do the two things I am most passionate about, writing and traveling, but Bryson did both around the same age I was doing them, and I felt a strange camaraderie with being the eccentric exceptions of our shared hometown.

When I returned home to my suburb of Des Moines, I found my mom’s copy of The Life and Times of the Thunderbolt Kid, Bryson’s memoir about growing up in Iowa’s capital in the 1950s. I expected a bunch of Iowa-specific references I could relate to, but aside from the mention of corn fields and our golden-domed capital, the Des Moines he describes is largely gone. The mom and pop restaurants shuttered, the neighborhoods redeveloped, and the Riverview amusement park closed. He acknowledges these changes at the end of the book, saying it’s a different place than where he grew up.

My mom found another Bryson book for me at a Goodwill. It’s called I’m a Stranger Here Myself and is about his transition back to American culture after twenty years as an expatriate. I haven’t been gone that long, but now that I’m returning to a place from childhood after spending my late coming-of-age years away, the title at least suggests it’ll be a timely read.

My overdue discovery of Iowa’s central claim to bookish fame proves I still have a lot to learn about this place, and that great writers can’t help where they’re born, but they can sure make the most of it.