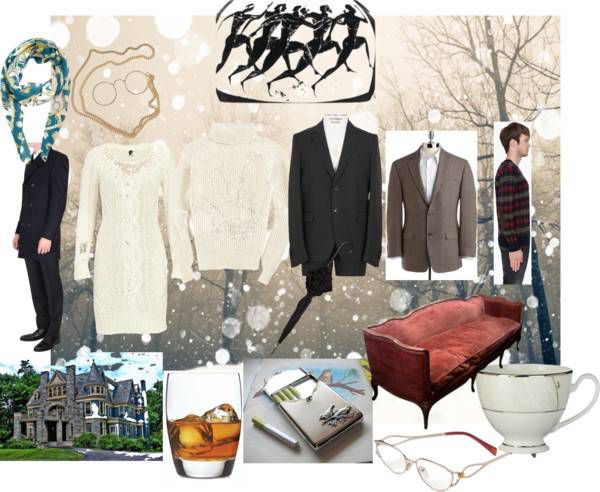 Donna Tartt’s The Secret History was last month’s Riot Read, but I still want to talk about it because boy does it stick in your head. It’s a hard book to nail down visually because you never really know what time frame you’re in. Instead, my mental image of the book’s world is made mostly of scotch and sweaters and suits and snow, with a fuzzy, ephemeral edge. To that effect, I’ve used Polyvore to make a storyboard-of-sorts in an attempt to capture how the book “looks” to me:

This was a goofily fun exercise, and one I’ll be repeating as part of my scattered, mostly-digital reading journal. I would love to compare mental images- if you’re up to it, head over to Polyvore and make your own visual of The Secret History. Leave the link below! Or, you know, keep it to yourself. FINE.