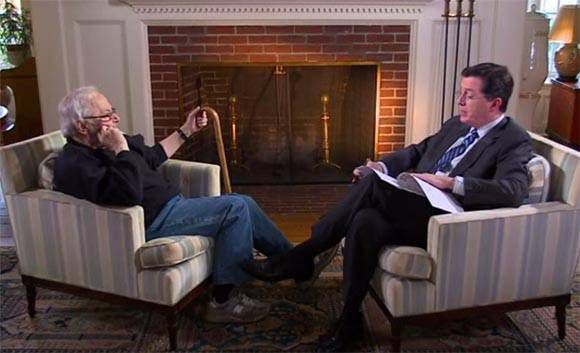 Nation, I watch a whole lot of The Colbert Report, and though I adore Stephen’s brand of satire, I enjoy his author interviews more than anything else about the show. I’d bet that Colbert offers more coverage to authors than maybe any other member of the mainstream television media (his closest competition is probably Charlie Rose or his Comedy Central mate Jon Stewart). It’s a bummer that authors (especially authors of fiction) don’t get more screen time because, as you’ll see, many of them give excellent interviews. I’ve limited this six-pack to fiction writers because, frankly, the prospect of winnowing down all the non-fiction authors Colbert has interviewed felt a touch too Herculean. Enjoy.

Maurice Sendak – Stephen seeks advice from a master on writing his children’s book, I Am a Pole (And So Can You)!

“There’s something in this country that’s so opposed to understanding the complexity of children.” – Maurice Sendak

Watch the interview: Part 1 and Part 2

Ann Patchett – Bel Canto and State of Wonder author Ann Patchett talks with Stephen about her support of independent bookstores, including her shop, Parnassus Books in Nashville.

“…and now we’ve cycled all the way back. Suddenly people are waking up and going, ‘But, I wanna  have some place to take my kids for story hour on Saturday. I wanna have some place to go to book club and see an author read. So, the book store is gone, but they miss it. This is a tale of redemption.” – Ann Patchett 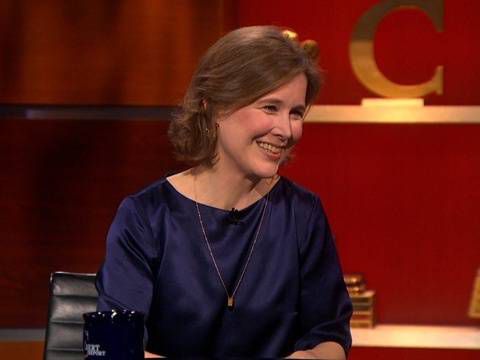 Junot Diaz – MacArthur “Genius” Grant recipient (as he’s legally obligated to be known for the rest of his life) Junot Diaz talks about his role in Freedom University, which serves undocumented students in Georgia.

“Every generation of Americans has to answer what I call the Superman Question. Superman comes, lands in America. He’s illegal, he’s one of these kids, wrapped up in a red bullfighter’s cape, and you’ve gotta decide what we’re gonna do with Superman. Are we gonna give him the boot and say, ‘you know what, you’re an illegal, you’re not an American?'” – Junot Diaz 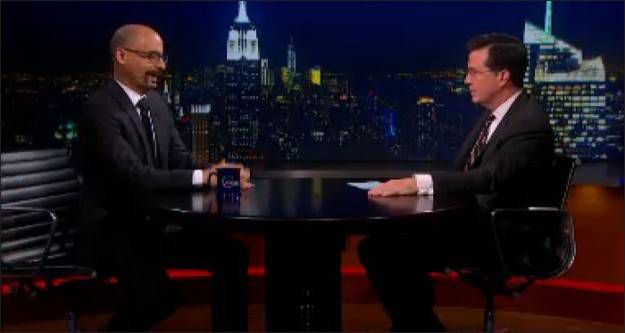 Richard Ford – The PEN/Faulkner Award and Pulitzer Prize winning novelist discusses his book Canada and the reasons that good reviews make him just as angry as bad ones.

“Novels are much better than lies, actually. Lies you have to finally fess up to at the end, get caught at. With novels you don’t have to do that. Novels can actually aspire to be the truth, even.” – Richard Ford 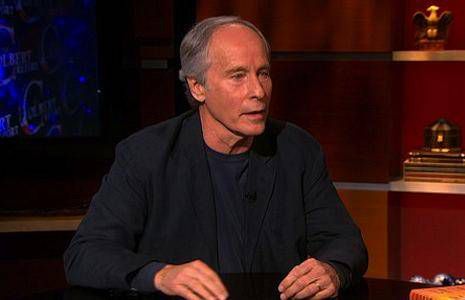 George Saunders – In maybe the most analogy-filled six minutes ever broadcast on television, Tenth of December author George Saunders offers Stephen some insight into the powerful pull of a good short story. 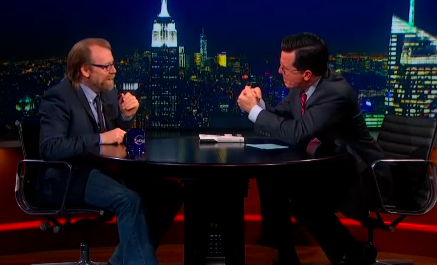 Anne Rice – Best-selling novelist Anne Rice discusses her book, The Wolf Gift, and ponders whether or not the current trends in vampire fiction have perverted the genre. 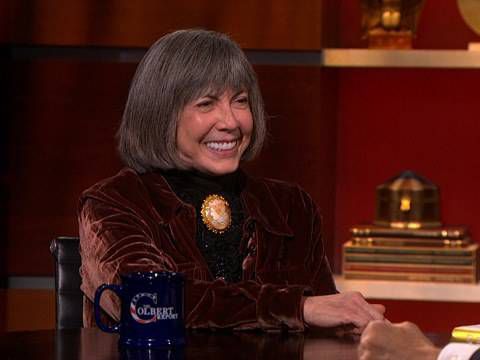 Hope you enjoyed them, nation!