Every time I start to think I understand Russian history, I remember Tolstoy’s line in War and Peace: “All we can know is that we know nothing. And that’s the height of human wisdom.”

Russian history is vast, and complicated, and in light of the state of current foreign affairs and Russia’s interference in our election, worth at least trying to know something about.

But where to start?

I’d suggest a few works on the background of modern Russian history from the Revolution that ousted tsarist rule, through the Lenin and Stalin periods, then on to the transition to “democracy” and ending in the Putin era.

These are a mix of books I read in political science and history classes while getting an undergrad degree in international studies and more recent releases I’ve checked out to try and get a handle on the Russian political scene—which seems more important than ever. 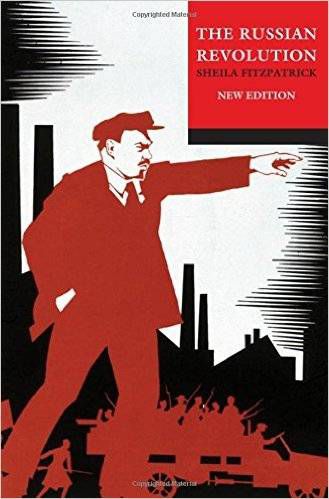 The Russian Revolution by Sheila Fitzpatrick (2008)

This slim volume is a highly readable account of the Russian Revolution that doesn’t sacrifice any of the details and extends through Stalin’s consolidation of power in the 1930s. This serves as a fantastic entry point to Russian politics.

The End of Tsarist Russia: The March to World War I and Revolution by Dominic Lieven (2015)

This book examines the Russian Revolution and WWI from a fresh perspective. Lieven’s approach is exceptionally detailed, while still offering new reasoning and perspective on why history unfolded as it did.

A State of Nations: Empire and Nation-making in the Age of Lenin and Stalin edited byRonald Grigor Suny (2001)

This is a collection of essays that looks at the nationality policy of both Lenin and Stalin. It focuses on minority groups within the Soviet Union and how the Soviet concept of nationality was created, defined, and modified in the early days. 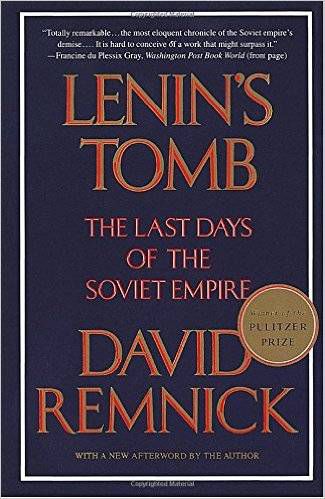 Lenin’s Tomb: The Last Days of the Soviet Empire by David Remnick (1993)

This is actually one of my favorite books, ever. (No one said I wasn’t a nerd). In it, I first read the words that I return to in moments of despair (in which I find myself often post-election).

The quote is from Mikhail Gorbachev, and it is: “while I am breathing, I am hoping.”

Remnick, who is currently the editor of The New Yorker, won a Pulitzer for the incredible reporting that went into this chronicle of the demise of Soviet Russia. He interviewed peasants and Chernobyl survivors and even Gorbachev’s high school girlfriend and a CIA agent who defected to the KGB.

Let’s be honest: this is propaganda, but insightful propaganda. When Putin burst onto the political scene in Russia as Yeltsin’s named successor, the Russian people and the world knew little about him. This collection of interviews sheds light on his early career and is a must-read for anyone trying to understand the figure that has dominated Russian politics for almost two decades. 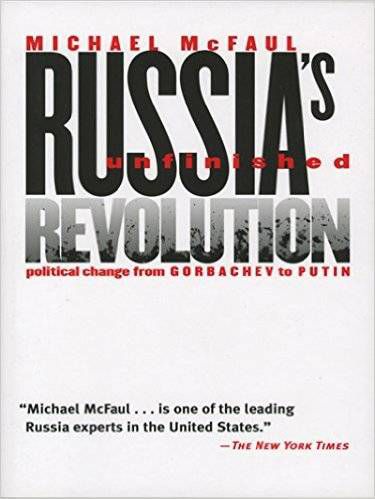 This Russian history book offers an insider perspective on the transition from post-Communist institutions and the key economic and political policies of the early Putin years.

Darkness at Dawn: The Rise of the Russian Criminal State by David Satter (2004)

Even though this is published by a university press, it’s a very readable history of the rise of the criminal influence in Russian government following the downfall of the Soviet Union. Satter really uses his understanding of Russian psychology gained by years as the Moscow correspondent for the Wall Street Journal to give insight into what happened and why.

Satter has many books on Russia, and those interested in diving deep into the subject matter should explore more. 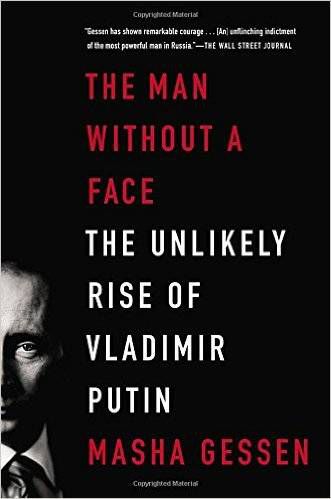 There are many books that chronicle Putin’s policies (and crimes), but this one puts them in a more personal context, and is more readable for it.

The Red Notice: A True Story of High Finance, Murder, and One Man’s Fight for Justice by Bill Browder (2015)

This book uses the story of a man who tried to investigate the corruption of Russian officials to illustrate the reality of Russian politics. Rather than helping to put the criminals behind bars, he died in prison. It’s as chilling and sinister as any suspense novel of shady dealings, political machinations, and murder—and this one is true, and instead of shocking, it represents business as usual in Russian politics.

This book exposes so much of the Putin’s shadiness it was only published in the US and not in the UK, where libel laws take the burden of proof off the plaintiff. Dawisha’s book is meticulously researched, and shows how the Russian government became a front for organized crime. If you’re thinking, “it can’t really be THAT corrupt” read this and decide for yourself.

The Invention of Russia: From Gorbachev’s Freedom to Putin’s War by Arkady Ostrovsky (2016)

If the parallels between Putin and Trump are alarming to you, this is the book I’d recommend you read. Ostrovsky, as a Economist correspondent, had a front row seat to Russia’s shift from seemingly embracing democratic, free-market capitalism to embracing rhetoric of a populist nationalism. 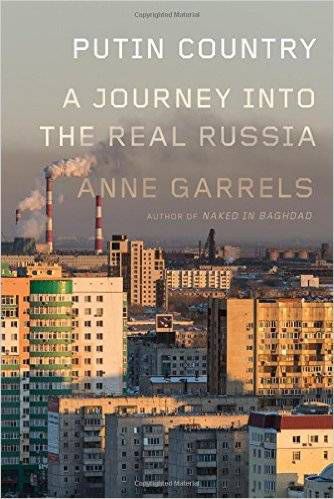 Putin Country: A Journey into the Real Russia by Anne Garrels (2016)

Like many recent books (and current bestsellers) probe the rural experience in America, this work looks at the Russia outside of Moscow, the cultural, economic, and political center of the vast country. Garrels visits Chelyabinsk, a industrial city a thousand miles outside of the capitol, and interviews everyone from upwardly mobile white-collar workers to prostitutes and peasants, painting a picture of all the various subcultures that are not so different from those that populate Middle America.

This recently published book by the chief editor of the opposition TV station paints a different picture of how much power and control Putin actually has, and makes readers question who is really behind the strategy, or if there is any strategy at all.

These books are just a beginning point to truly understand Russian history and politics, and I’m no expert or scholar, just an interested and concerned reader. Do you have suggestions for further reading? Leave them in the comments. Find even more of our Russian book recommendations here.