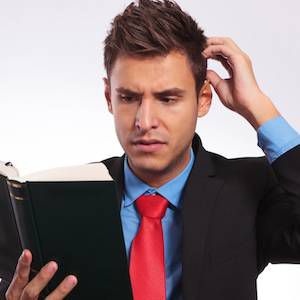 Yesterday morning I read that a student at the University of North Carolina at Chapel Hill is objecting to a course offered at the school called Literature of 9/11 on the grounds that the course is overly “sympathetic to terrorism.” Alec Dent wrote an article for The College Fix billing the course as pro-terrorist and anti-American and the story was quickly picked up by several other news outlets (see here and here for examples). Dent criticizes the class on the grounds of the reading list, saying that it “explores the Sept. 11 terrorist attacks from the perspective of radical Islamists and those who view America as an imperialist nation.”

This is crap. Total crap.

Let’s talk about why this is unfair. First of all, Dent has not read the books involved or taken the course. In the LA Times article Dent is quoted as saying, “The more research I did into it, the more it seemed like the readings were sympathetic towards terrorism.” What research did he do into the course that didn’t actually involve picking up any of the course materials or attending any sessions of the class?

Moving on to Dent’s specific claims about the class material. He states that, “The readings mostly focus on justifying the actions of terrorists – painting them as fighting against an American regime, or mistaken idealists, or good people just trying to do what they deem right.” One specific example he cites is Mohsin Hamid’s The Reluctant Fundamentalist, describing it as, “the fictional tale of a successful Pakistani in America who gradually comes to believe America is imperialistic and evil.” This is an incredibly narrow-minded, reductionist, and misleading summary of the book (which, as previously emphasized, Dent has not read).

The Reluctant Fundamentalist is a beautiful, nuanced book about the experience of a Pakistani man in New York City in the wake of 9/11. The main character becomes disillusioned with America after he sees the way his people are treated after 9/11, yet later, after he has returned to Lehore as a teacher, he also criticizes his students’ terrorist plots. I would argue that through this book Hamid encourages the reader to rethink the term “fundamentalist” and its associations – is any Muslim who criticizes America necessarily a terrorist? Can a bearded man criticize terrorists and criticize America? This is not a book about a terrorist, this is a book about a Muslim man who finds his place in the world changed after the attacks. To equate exploration of the Muslim experience after 9/11 with sympathy to terrorists is lazy, harmful, and bigoted.

Another choice of course material criticized by Dent is Art Spiegelman’s In the Shadow of No Towers, a graphic memoir that details the author’s horror in the face of the 9/11 attacks and his subsequent frustration at what he viewed as the appropriation of the attacks by the Bush administration. However, anger at and criticism of the US government is, again, not the same as sympathy towards terrorism.

Dent goes on to say unequivocally that, “None of the readings assigned in the freshman seminar present the Sept. 11 attacks from the perspective of those who died or from American families who lost loved ones.” Dent portrays the course as one-sided, saying “I think you have to give equal showing to both sides of the issue.” However, a closer look at the course’s syllabus reveals a completely different story.

For example, it contains poems that reflect on the fear experienced on 9/11, memorialize victims of the attacks who worked in the Windows of the World restaurant, and pay tribute to victims depicted in photographs from 9/11. The syllabus also includes further discussion of the “Falling Man” photograph as well as an excerpt from Don DeLillo’s novel Falling Man about a man impacted deeply by the photograph and the experience of living in the shadow of the attacks.

The syllabus includes a variety of other material including, but not limited to, readings and images related to memorializing the attacks, a reading from the 9/11 Commission Report, texts on the history and development of terrorism, and a viewing of the movie Zero Dark Thirty. A similar list of items the syllabus lists that support the idea that the course absolutely is “fair and balanced” can be found here.

Education and literature should explore difficult issues and expose us to varied perspectives. The implication that this class is somehow pro-terrorism because it provides a rich, nuanced survey of the ways that authors have approached writing about the 9/11 attacks, especially in light of Dent not having read any of the material, is wildly inappropriate and misguided. I disagree completely with his assessment of the course and would encourage him to rethink the role of education at a collegiate level.

One of Dent’s conservative classmates, who actually had taken the class, said, “This course was amazingly valuable because it challenged my opinions and allowed me to explore what I thought I knew in a deeper way.” Can we all agree to give a round of applause to this guy?