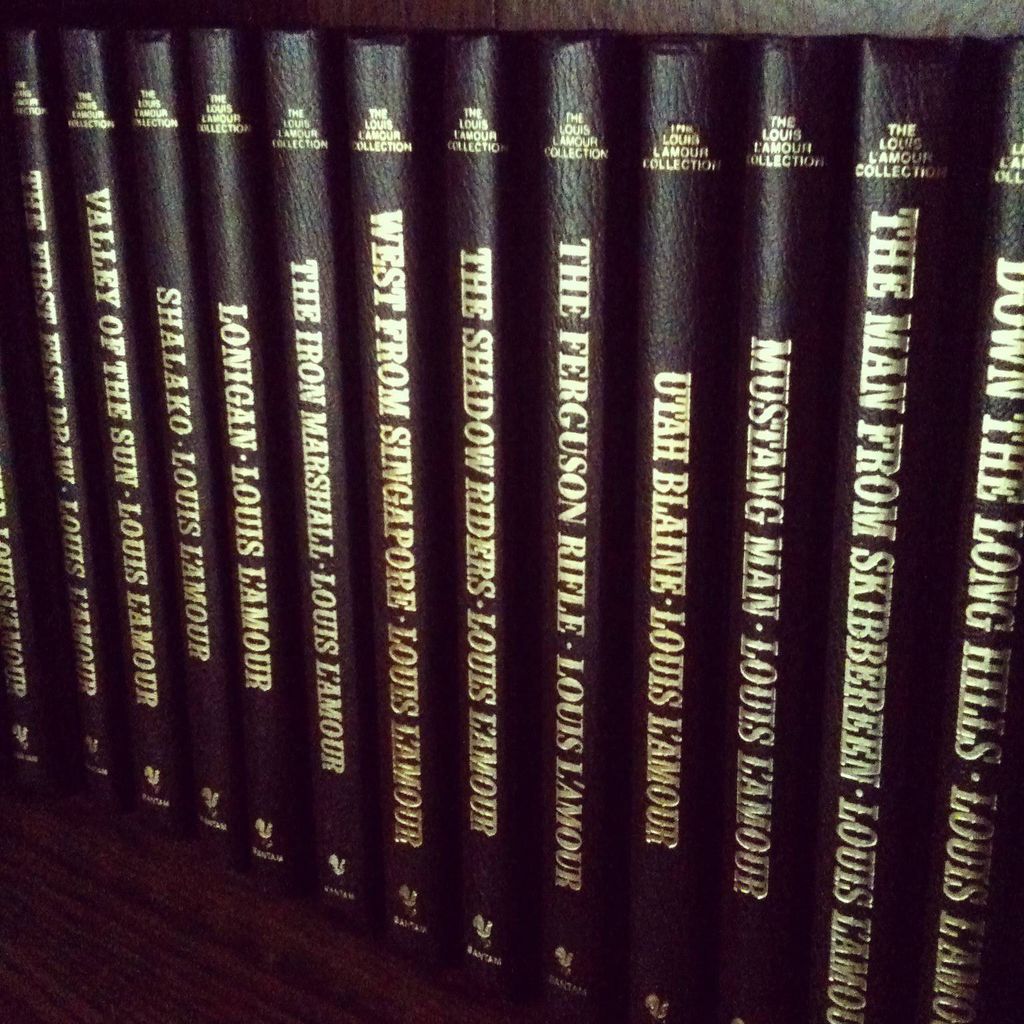 On New Year’s Day, I found myself in Idaho, instead of at my desk in Houston, TX. I was there due to the kindness of someone who wanted to do a good deed to start the year, and I chose Idaho as my destination because my father, who had lived there for the last 20 or so years, passed away in October. I wasn’t able to attend his funeral, and I wanted to see his grave and to visit with my stepmom and grandma. The visit to the cemetery, as might be expected, was an emotional one.

When we got back in the car, Grandma tried to keep me from dwelling on the sad stuff by telling me about the books she had found in her apartment recently. One was the Bible that she had given to Grandpa not long after they were married. The other was a copy of their favorite book, Where the Red Fern Grows by Wilson Rawls. I had given it to her for Christmas when I was 11 years old. 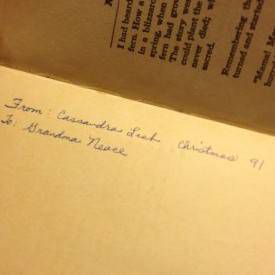 I kinda smiled when she told me that she found it, glad that she had kept it for the last 20+ years. What really caught my attention, though, was when she said that she had been turning it around in her hands and noticed that Grandpa had written the dates. I was confused. What dates had he written down? I could imagine him using the inside cover to scribble down our birth dates or some appointment or something. But I was wrong. Across the top of the book, on the pages, rather than the cover, he had written the date for every time he had read the book.

The first time was just a few days after they got the book in the mail. Then he read it again, a few summers later. He read it twice in 1994, and he read it on February 4 two years in a row. He read it the fall of my senior year in high school, and he read it, it seems, just a couple of weeks before he died. That last date is a little hard to make out. He was very ill that last time. 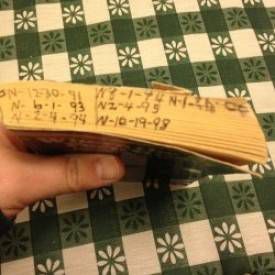 I have given many, many books as gifts. I often find myself wondering if the people that I gave them to actually found the time to read them. I would never imagine that one of those recipients would keep such a complete record. Grandma thought nothing of it. To her, it was a little quirk that he had. I get the impression he did it to most of his paperbacks. It is not something that I ever knew about, nothing that I ever saw him do. It is one little quirk, though, that I am glad he had. It was just the thing that I needed to see that day.

Later that evening, I sat on the edge of the pull-out in the office, and I stared at my dad’s bookshelves, thinking about the book my grandmother had shown me. The middle shelf held his favorites, a complete set of Louis L’Amour. They are leather bound, with the titles embossed in gold on the spines. He gave me one to read once, L’Amour’s autobiography, but I just packed it away. 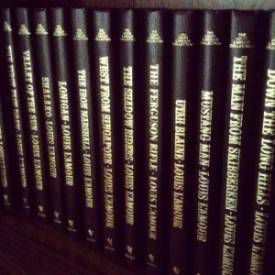 In the left bookcase, I came across a copy of the Odyssey. My dad was stationed in Greece in the 1970s, fresh out of high school, before he ever met my mom.  The story goes that he fell in love with a girl named Cassandra, who told him about how her name came from the Odyssey. Supposedly, they were married for a week before the Air Force made them have it annulled. He neglected to get permission, and they decided it was for the best. Years later, when my mother suggested that for my name, he  agreed, never telling her about the girl in Greece. The bookmark was on a page where the name first appears.

I found a copy of The Jungle Book that we had given him for his 41st birthday. It had been one of his favorite stories when he was a boy, and it had seemed the perfect gift for a birthday when he was feeling old.

I also found the book of Will Shortz soduko puzzles I sent him when he was first diagnosed with early-onset Alzheimer’s (we now know it was Lewy’s Body Dementia). I’d read that doing puzzles like that helped slow the progression of the disease. None of the puzzles were filled in.

The last thing I noticed before I finally went to sleep that night was the Louis L’Amour audio book that I sent for his birthday last year. My stepmom said that, even though he had trouble following along, he liked to listen to it in the evenings. It was familiar.

I do not remember my dad ever reading to me in my childhood. My mom says that he did, that he liked the Little Golden Books and the familiar stories contained within. I do remember my father as a reader, though. I remember him stretched out on the couch, with a worn-out paperback in his hands. I learned my habit of reading a book from beginning to end, all in one sitting, from him. It’s how I thought it had to be done.

This trip gave me a chance to say goodbye to my father. More than that, it gave me a chance to reconnect with both my father and his father. I had forgotten that they were readers, too. I’ve made room on my shelves for a few new books, books that belonged to them. I don’t intend to forget again.