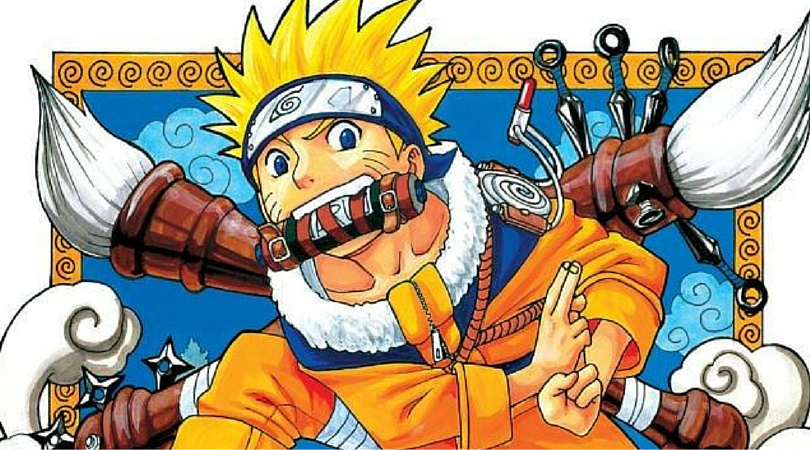 If you’re a manga reader, no doubt you’ve heard of Naruto. Even if you’re not a manga reader, I’d still be surprised if you hadn’t. Naruto is one of the biggest properties to come out of Japan in the last 20 years. But if you don’t know, here’s the premise in a nutshell. It’s about a boy named Naruto Uzumaki who wants to be the leader of his ninja village—except there’s one little problem. He has a powerful fox demon sealed inside of him…and that monster was responsible for lots of death and destruction several years before.

A typical manga is easy to read. Unlike traditional superhero comics, there aren’t major continuity-influencing crossover events. Characters don’t regularly pop up in other series. For most titles, there isn’t 50 years of back issues that form a canon. With a manga, all you need to do to begin is pick up volume 1 and continue with the successive installments until you reach The End. And when you reach the end, you’ll have a complete story. Refreshing, right?

Naruto, however, is a bit unusual in that regard. It has a main series, but also a spin-off, multiple sequels, and related properties. To that end, I thought I’d put together a handy Naruto reading guide for new fans (and maybe some old ones too). It’s a big series, so I don’t blame anyone for being intimidated. 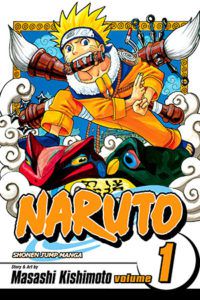 Naruto is the main manga series, chronicling Naruto’s humble beginnings as a child ninja no one took seriously to a powerful fighter who would move the hearts of friends, enemies, and monsters alike. If you’re interested in Naruto, you must start here with volume 1. Now I won’t lie. The main series is long, even by shonen standards. At 72 volumes, it is an investment but VIZ has been putting out 3-in-1volume omnibuses and savvy digital readers can find discounted electronic bundles from time to time. As a series, Naruto is divided into two parts. Part 1 spans volumes 1-27 and Part 2 covers volumes 28-72. The reason they’re divided into parts is because there’s a three-year time skip separating them. If you watch the anime, Naruto covers Part 1 while Naruto Shippuden adapts Part 2. 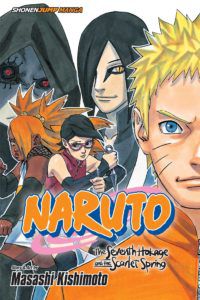 Naruto: The Seventh Hokage and the Scarlet Spring by Masashi Kishimoto

A oneshot volume, The Seventh Hokage and the Scarlet Spring takes place after the end of Naruto when the original characters are now adults. It focuses on Sarada, the daughter of Naruto’s rival and best friend, Sasuke Uchiha, and her quest to discover the truth of her heritage. 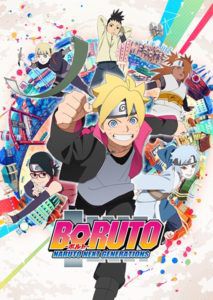 The latest installment of the Naruto that just began! As the title suggests, Boruto focuses on the next generation of ninja. The titular character, Boruto, is none other than Naruto’s son. Unlike Naruto and The Seventh Hokage and the Scarlet Spring, which were drawn by Masashi Kishimoto, Boruto is drawn and written by different mangaka. (Kishimoto supervises the series though.) While this may seem normal to superhero comics readers, this is not something manga readers are used to. We are used to one mangaka from volume 1 until The End. Trade-offs usually do not happen. In fact, you’re more likely to see a series get dropped or concluded abruptly if a creator cannot finish. Because Boruto recently began, there isn’t enough material to collect into a volume yet so if you want to read chapters as they’re released, you have to subscribe to Weekly Shonen Jump. 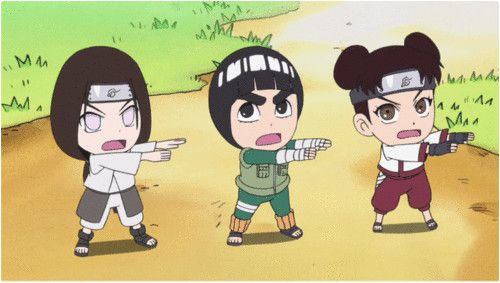 Long shonen manga series tend to have huge casts of characters, and Naruto is no different. And when you have a big supporting cast, one or two characters often end up stealing the fanbase’s heart. Rock Lee is one of those characters. Unlike other people in the series, Rock Lee has no special supernatural ninja skills. All he has is physical ability. But Rock Lee demonstrates by example that hard work and a lot of heart can take you far. Rock Lee & His Ninja Pals is a lighthearted spin-off series. Unlike the main manga, there are no overarching plotlines and the art is drawn in super-deformed style. The original manga isn’t officially licensed in English but the anime is. If the serious tone of the main series gets you down, then Rock Lee & His Ninja Pals will provide you a pick-me-up.

Like many successful manga series, Naruto not only has a TV anime adaptation but also theatrical films. There are several of them, but I’ve chosen to highlight two in particular. 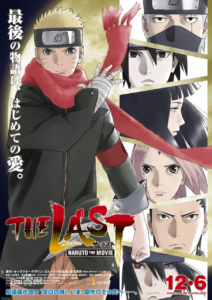 The Last: Naruto the Movie

The Last takes place two years after the end of the Naruto main series (but before the epilogue found in volume 72). Like the other movies, it is an adventure story but it also tells how Naruto and Hinata came to fall in love. Manga readers are used to anime adaptations and theatrical films making up plotlines, so fans typically don’t consider this material to be canon. However, The Last was written by Kishimoto himself, so it does belong with the canon, for better or worse. 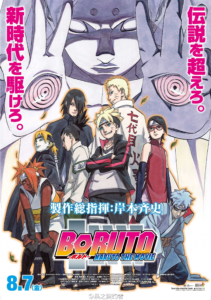 Boruto takes place after the volume 72 epilogue but before both sequel manga series. It portrays the troubled relationship between Naruto and his son and the lengths to which Boruto will go to get his father’s attention. On a side note, this movie features amazing fight scenes. Thank you, Kishimoto. 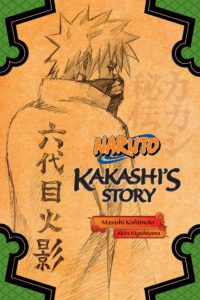 After the original manga ended, the Japanese publisher began releasing light novels fleshing out various aspects of the world. Told from the point of view of supporting characters, we get to see how certain relationships formed and explore lesser known plot threads. Kakashi, Shikamaru, and Sakura’s novels have been released so far, and we have several more to come—including Gaara’s, Jiraiya’s and Itachi’s.

And those are the main properties of the Naruto series. Hopefully, it was useful. If you have any questions, you know what to do.