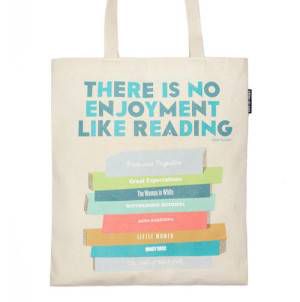 As a gay gender diverse woman of color, I’ve sometimes had a hard time getting into comics. I got into American comics late because I had no idea that characters like me existed in comics and that there were people like me that were creating or working on these comics. I had to find them myself by using webcomic databases like Comic Rocket, searching terms like “magical girl webcomics” and “LGBT POC webcomics”. For this reason, I am taking a page from my fellow Panelteer Charles Paul Hoffman and proposing a set of guidelines for publishers to help diverse comic readers find diverse comics.

It’s one thing to have a comic with a diverse character and another that they are included in a way that is plot relevant. Diversity is being invited to the party, but inclusion is being asked to dance. This especially applies to comics with large casts like A-Force or the Sandman comics. Readers who have never been exposed to Nico Minoru won’t know that she is one of the main members of A-Force, so this should be mentioned more by comic book readers and companies.

Even though it’s possible to relate to a character that is drawn or written by a person of a different identity, it is better to have a comic involving people of the same identity as the character. By doing this, it allows a character to be written with realistic experiences that aren’t flat or stereotypical. Ms. Marvel’s Kamala Khan is an excellent example of this. With the involvement of Pakastani American Marvel editor Sana Amanat, the creative team behind Ms. Marvel were able to draw from her experiences to create storylines that relate to other immigrants and brown girls as well as the general public.

When Ms. Marvel recently won the Dwanye McDuffie award for Diversity in Comics, I couldn’t help but notice that Sana Amanat was getting left out of the names of people involved in the comic. For whatever reason, she couldn’t accept the award herself, but that doesn’t mean that her contribution to the comic should go unacknowledged. Her involvement with the comic showed that women of color can create a popular female superhero of color.

(4) If possible, have a variety of media relating to the comic for easier access.

In the early 2000s, there was an animated series on television called Static Shock. Adapted from the late Dwayne McDuffie’s comic book series with his involvement, Static Shock exposed me to my first superhero of color. The cartoon series was unlike most cartoons of that time because it tackled real issues while showing a fun superhero that looked like me. When Sam Rami’s Spider Man film came out, I kept wondering if they would ever make a Static Shock film. Even though Static was featured in the animated series Justice League Unlimited, Young Justice, and a few video games,  having a Static movie would be a great way to reintroduce the character alongside the new comics that are in the works.

(5) Understand the complexities of diversity and inclusiveness.

I’ve seen the word “diversity” applied to characters that are usually white and one other trait that’s meant to demonstrate diversity. For example, a white person who also happens to be a woman or a white man who also happens to be gay. One form of diversity isn’t universal. Diversity and inclusiveness are not check boxes on the to-do list of marketing and sales. They are small threads in the large, colorful tapestry of human experiences.