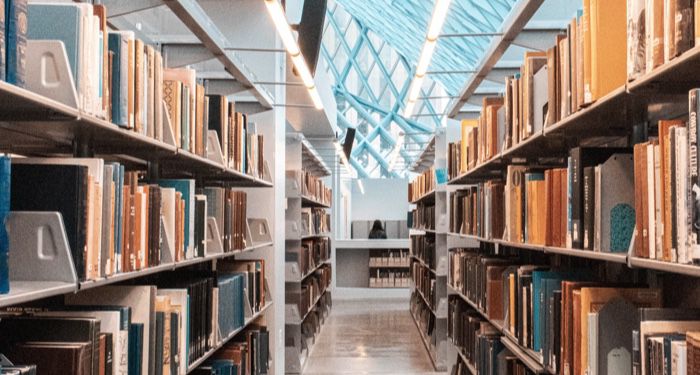 Book censorship in school libraries continues to rise. A Texas school district pulled 41 titles from the shelves, including the Bible, to put them under further review. Missouri passed a bill that makes any text with “visual depictions” of “graphic material” illegal to have available in schools. This has caused the removal of many graphic novels. Some groups, like Moms for Liberty among others, have suggested giving books a rating system, like movies. Julia Rittenberg explains in depth why that won’t work. Kelly Jensen reports extensively every week on censorship news around the United States. Weekly, I check in about what is going on in an effort to stay informed for when the books in my library will inevitably be challenged and possibly banned. It’s important I stay apprised of the falsely named “culture wars” around book banning.

This got me thinking: What would a school library look like if it didn’t have any books that could be considered offensive? What kind of books would be removed and what books would be safe to remain?

Obviously, religious books would need to be removed so as not to offend observers of other religions and pacifists. More than that, many religious texts are full of “graphic material” deemed unfit for the shelves of a school library. In the Bible, there are instances of incest and polygamy. Both deeply inappropriate for children to read about. More than that, there are graphic descriptions of violence. One story in the Old Testament, for example, describes how a woman kills a man in his sleep by driving the stake of a tent through his temple, fixing him to the ground. This story directly follows an account of 10,000 warriors killing an entire people in battle, not sparing a single soul. Similarly, the Quran suggests that its followers capture any non-believers and kill them unless they pray to Allah, repenting, and pay Zakah a portion of their savings.

Likewise, fantasy books would have no place in a school library. Most fantasy contains magic or some sort of witchcraft. Definitely not okay in case it offends those who don’t believe in magic or think that witchcraft is evil. These books often get violent, too. They can be full of epic battles, deception, and spies. There are dragons and quests. It’s inappropriate to suggest the existence of mythical beings or to encourage children to go on adventures that could cause them to question authority or learn about themselves.

Inspiring young people to develop critical thinking skills is dangerous territory. If they start to think critically, then they might learn to disagree with what they’ve been taught. That offends innumerable parents, religious groups, authority figures, and educators. Better go ahead and take out all the coming-of-age stories and books about learning independence. This removes most young adult, middle grade, and children’s realistic fiction.

Teaching children to think on their own could lead them to thinking about their feelings, which could lead them to want to pick up YA romance. Romances contain sexually explicit material like kissing and consensual sexual acts between people. This goes against many states’ policies on abstinence-only teaching. It’s better to discourage any conversation around sexual and romantic urges, especially romantic feelings between two people of the same sex. If books with LGBTQ+ coming out stories and stories of LGBTQ+ happiness are allowed in the library, this could give students who identify as LGBTQ+ the idea that all people are deserving of love and happiness. That’s offensive to those who disagree with LGBTQ+ people’s “lifestyle choices” and lead to many calling librarians “groomers” for allowing these books to sit on the shelves. Similarly, we can’t have stories of Black joy, Latine hope, Indigenous well-being, or Asian happiness. It might make some of the readers of those stories feel uncomfortable.

Horror and thrillers are completely out of the question. Too violent, too bloody, too much abuse. It doesn’t matter if there are children who have experienced violence or abuse themselves that may want to read about others having the same experience. It’s offensive. Some argue that allowing children to live these experiences through a book helps them develop empathy. That it gives them a safe place to experience the macabre and to follow scenarios to their worst possible outcomes. Yes, they do have underdeveloped prefrontal cortexes that don’t let them fully understand the consequences of their actions. Letting them read about possible consequences in books will just give them ideas instead of sating their curiosity. Sorry, it’s not worth the risk.

The classics, then! They should absolutely stay on the shelf to allow exposure to true literature. Not so fast. Books like The Great Gatsby and The Scarlet Letter contain adultery. The Catcher in the Rye and Lord of the Flies teach insolence. 1984 and Fahrenheit 451 teach readers to question society itself. We can’t have children questioning our constitution or traditional systems that have been in place, and working, for hundreds of years, even if those systems are imperfect and need to be improved.

Nonfiction must be safe. Facts are facts. Don’t forget, essay collections are nonfiction. Works like Thick and Trick Mirror are nonfiction and are absolutely offensive. They talk about topics like racism, sexism, and classism. Topics that will make many readers, and their parents, uncomfortable. Okay, so maybe not essay collections, but surely science and other factual books. Don’t forget about the flat Earthers and creationists. Many a conspiracy theorist are offended by nonfiction books full of “facts”  that can be “proven” on the shelves.

Reference is the only section left. Hold on, though, even that is suspect. Children can look up any offensive word in the dictionary or thesaurus to learn what it means. That’s unacceptable. Some people don’t want their children to know what words like “transgender” or “dissent” or “pussy” mean. None of those are safe.

What’s left then? As far as I can tell, only furniture is left in the library. It’s a place to meet, but certainly not to talk about anything controversial. There are some bookmarks left and maybe the school handbook. Beyond that? Not much. Take away everything that can be deemed offensive, and you’re left with nothing.

Libraries are for everyone. That does not mean that every book is meant for every person. Know yourself and your family. Check out books that align with your family’s values. Do not tell other people what their children are allowed to read. You can disagree with another parent at your school about what is appropriate or inappropriate, and that’s where it ends.

Tolerance is not acceptance. Without tolerance, there are no books on the shelves, even ones you want your child to read. The perfectly inoffensive school library does not exist. You must raise your own children in the way you want them to go. Give them tools and a critical, curious minds in order for them to find the truth for themselves. If you give them what they need to ferret out the truth, they’ll find it. Children have a unique ability to cut through BS to find what really matters. They do it with people all the time. Don’t underestimate them and think they can’t do it with books because they can.