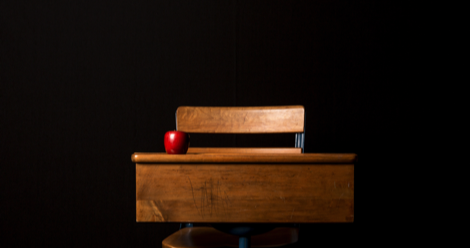 Selina Falcon is a recent college graduate residing in Central California. In her free time, she likes to read, write, and talk about Harry Styles. You can find her on Twitter at @SelinaFalcon.

If you do the math and toss in some of those context clues, you could probably assume I fall into the large percentage of my generation who read and loved the Harry Potter series growing up—and you’d be wrong. 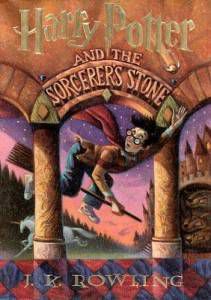 It wasn’t until this last January, just before the start of my final semester of college and just before I turned 22, that I picked up Harry Potter and the Sorcerer’s Stone with the intent to read the entire series. I had finally decided it was time to get my generation off my back and to stop having people around me gasp and frantically whisper, “You’ve never read Harry Potter?”

Over the course of an entire semester I whizzed through all seven books on my days off, during breaks at work, and in between classes. I even switched to the audiobooks a few times so I could listen during my walks across campus, my solo trips to Target, painting in art class, and as I did prep for my graduation party (which was Harry Potter themed). From January to May, I slowly came to fully understand the passion and love behind this series and franchise, because I developed a passion and love for it.

So, why exactly did it take me so long to pick up the books? They have been on my radar since I was a kid, and my older sister has been a Potterhead for as long as I can remember. She owned all the books, and so did every school library I spent time in—so it’s not as though they weren’t readily available to me. And I have always loved to read, so it should have been second nature to pick up a Harry Potter book, mostly because thanks to the movies, I knew I loved the world J.K. Rowling had built. So why did I never just read the freaking books?

I didn’t understand until I was in the middle of a used book store over the summer and picked up a book that had an Accelerated Reader sticker on the spine. In that moment, I was immediately reminded of the period of time in my childhood where racking up AR points was more important than curating a love for reading.

According to its Wiki, Accelerated Reader (AR) is a software for K–12 schools to monitor the practice of reading. I have no idea if AR is still being implemented into schools or how it’s now run if it is, but I do know how it ruined reading for me as a kid.

At the beginning of the school year, students would take a test that would calculate what grade level you read at. You would then take that information to the library and look for books that fell within your reading level, identified by a sticker on the book’s spine. Every book that was in the AR system was also worth a certain amount of points that you could earn through online quizzes based off the book.

My process: go to the library, check out a book, skim through that book as quick as possible (sometimes don’t even finish that book), and then go online to take that book’s quiz and hope the questions asked were based off the few parts of the book I had read. Once I got through that quiz, I could forget about that book and move on to the next.

I always managed to get enough points and read enough books to satisfy my teachers and get a good grade, but AR greatly hurt the reader in me. I began to develop a disdain for books as a kid and looked at them as only a grade. When AR began to die out once I reached middle school and I started to read for fun again, I learned I had trouble fully remembering the details of the books I read because I had trained myself to forget them once I moved on to the next book (this was the major reason I started book blogging and writing book reviews in high school—so I could remember). But most importantly, AR was the main reason I never read the Harry Potter series.

I was in third grade and desperate for points. The Harry Potter books just so happened to be worth, like, a million points, so I skimmed through the first three, took the quizzes, and never looked back. In my 8-year-old mind, I had checked off Harry Potter on a to-do list and could move on.

By the time I no longer had to speed through books for a grade and had actually fallen back in love with reading, I felt like it was too late and I had missed the Hogwarts express. I was worried I was too old and wouldn’t love it like those around me. I thought it would only remind me of the time I hated reading. So, I put off reading the books again and again.

Of course I wish I grew up with this series the way most around me did, and I wish AR had never entered my life because I’m still struggling to see the benefits of it, but I am glad that the Harry Potter books eventually made their way back into my life. Sure, it took 14 years, but in the end, it sort of worked out in the perfectly magical way only Harry Potter can. It doesn’t matter how old you are, Harry Potter is for anyone and everyone and it will be there when you’re ready.