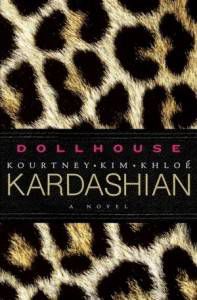 How sad, melancholy even, to walk into a bookstore these days to find the shelves, tables and even front-of-the-store displays littered with literary fiction titles. How out of touch with the times? How pathetic?!

Nobody wants to read novels by obscure Japanese or Greek-American writers with mysterious and impenetrable titles like 1Q84 and The Marriage Plot. Instead, give me the Kardashian-penned Dollhouse and the Tyra Banks-produced Modelland!

Why? For one, these novels represent modern sensibilities. Here’s evidence: A few weeks ago, Snooki, who has published two books and is hard at work on a third (Gorilla Beach, a sequel to her critically acclaimed debut A Shore Thing, is due in May 2012), took a break from her rigorous writing regimen to give an interview to Jimmy Kimmel. During the interview, it emerged that she is familiar neither with J.K. Rowling nor Maya Angelou. But that’s okay. Since more Americans can identify American Idol judges than the Chief Justice, Snooki’s gaffe isn’t a gaffe at all. It simply shows that she is a modern woman; a perfect representative of those who idolize her. And therefore, her books demand to be read!

So because these celeb-penned novels ARE us, and people love them and buy them and cuddle with them at night, the biggest reason why we need more of them is that their huge sales can be the saviors for a failing publishing industry. Many decry these novels because, ostensibly, they take the place on a publishing house’s roster of a novel by a serious, struggling novelist. That may be true, but let’s be honest, that silly literary novel would never sell. 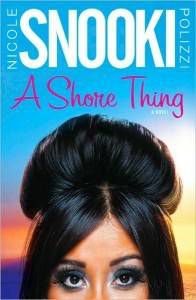 And what’s more, the celeb’s name recognition means his/her novel comes with a built-in marketing machine. Publishers can save their hard-won cash on marketing for other books. So everyone wins — most of all, the reading public who is treated more frequently to Lauren Conrad’s love letters to LA and learning about why Nicole Richie likes diamonds.

(By the way, the truly cynical say these novels aren’t even written by the celebrities whose names appear on the covers. Oh, come on. Really? But even if it’s the case that these novels are ghostwritten, the argument could be made, then, that publishers ordering more of these novels supports job creation in a sector [writers, journalists] hit especially hard by the down economy. The more celeb novels, the more jobs for writers! Again, win-friggin’-win.)

Of course, I have no personal interest in promoting the publication of more celebrity novels. I only have your best interest and the best interest of the literary world in mind. I hope you can believe that, dear reader.