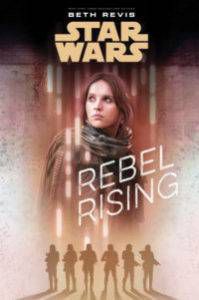 My head knows there’s a lot of excellent YA stuff out in the world. My brain believes it.

I haven’t actually read most of it.

Why? Why is a loaded question.

It is, in part, because YA didn’t exist in its current form, or in any decent form at all really, when I was a member of the target demographic, so I didn’t have an opportunity to jump on the wagon (yes, I’m old). One can only read My Brother Sam is Dead so many times and going through the effort to sneak Sweet Valley High faced diminishing returns when, at the tender age of eight-ish, I was let loose in the worlds of adult science fiction and fantasy.

The other part? Well, I’m going to have to admit something a bit unsavory about myself here. I have, at times, been a book snob. I’m not proud of it, mind, but after making a few poor YA choices (and I couldn’t tell you what they were now if my life depended on it) I jumped from disliking specific books to pooh-poohing an entire body of literature based on a very small sample size.

Totally unfair. There are, as we all know, many, many bad books of all sorts and to single out YA as unworthy because of a few was incredibly close minded of a person who is usually very much not that. Yes, I do have a years long TBR pile and limited reading time but the fact remains I rejected recommendations from friends with whom I know I share taste in books simply because, when I went to purchase or borrow from the library, said books bore a “young adult” stamp.

You will all be happy to hear that my eyes have been opened and I have been duly chastised by my conscience, which is very harsh and also kind of a jerk. An honest jerk. A very, very honest jerk.

I have missed out on a huge pile of great novels and I would have missed out on even more, if not for Star Wars and my own children who, while not yet young adults themselves, enjoy having my husband and I read them novels in that vein as bedtime stories (now almost 5 and 7, they’ve partaken of Rick Riordan’s entire catalogue. The hubs is currently reading them The Hitchhikers Guide to the Galaxy).

Have I enjoyed the Star Wars YA novels unilaterally? I have not. I didn’t care for Ahsoka, which bummed me out as she is one of my favorite characters in the saga. The Luke and Leia novels released just prior to The Force Awakens weren’t bad but they weren’t nearly as enjoyable as Greg Rucka’s Smugglers Run: A Han Solo and Chewbacca Adventure.

I probably wouldn’t have purchased any of them, including Rucka’s new The Guardians of the Whills, Claudia Gray’s Lost Stars, or Beth Revis’ Rebel Rising for myself, but the kids are almost as into Star Wars as I am and we were low on material, so into the cart the trio went. Unfortunately, as a nurse, I work an irregular schedule and I’m not always home for bedtime, which means I’m not always home to read, and rather than either the hubs or I having to catch up, we read the kids different books on our respective nights. I was about halfway through The Guardians of the Whills when I had a string of late evenings and he started Hitchhikers and they were hooked. 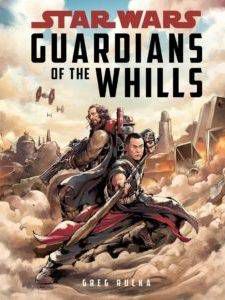 To my surprise, I was disappointed we didn’t have the opportunity to finish Rucka’s Chirrut Îmwe and Baze Malbus tale.

And suddenly, I found myself reading it on my own.

I finished and I wanted more so I started, and finished, Rebel Rising in two or three sittings. After Rebel, I found Lost Stars on my Kindle app, where it had been sitting for months and read that.

Now, I’m disappointed there’s no more until the fall.

What is it about these particular YA novels which grabbed me and pulled me in? Which held me when others had not? There were a few common threads:

Short version: I found in these books what I found lacking in the other YA I had read: solid writing and absolute honesty. 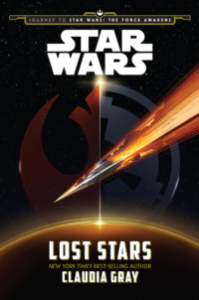 Now that I’ve performed my mea culpa, I’m ready for more. What other worlds await me? What have I missed in my short sightedness?