This post about Game of Thrones is by Katherine Willoughby. Katherine lives is Richmond, Virginia and teaches Junior Kindergarten at the same school where she discovered her love of reading. When she is not in the classroom, Katherine enjoys building wooden train layouts with her three-year-old son, playing board games while drinking IPA’s with her husband, and taking part in pub trivia. Read Across America Day is her favorite holiday!

My summer reading goal was to read and finish George R.R. Martin’s five Games of Thrones books. My husband gave me the books about three years ago, claiming that they are much better than the TV show. I gave up on the show around season three, after realizing that no one ever actually got where they were going. I was reassured that in the books, some plot lines are wrapped up and certain characters’ personal odysseys end at their own Ithacas.

I began the first book, A Game of Thrones, in June and truly enjoyed all that Martin had to offer—maps to navigate at the beginning, shifting narration, and a plot that moved swiftly from storyline to storyline. I read all 864 pages and launched myself into the second book, A Clash of Kings. I took the book with me to the pool, read it each night before going to sleep, and snuck off to my room to devour it while my toddler was entertained by his daily half-hour episode of Thomas the Tank Engine.

About the middle of July, I hit a wall, one that felt almost as cold and massive as The Wall that protects Westeros from the Wildlings, The Others, the Mammoths, and whatever else lurks at the top of the map. I simply could not read about any more slaughter, rape, deceit, or treachery. I needed a literary tonic. 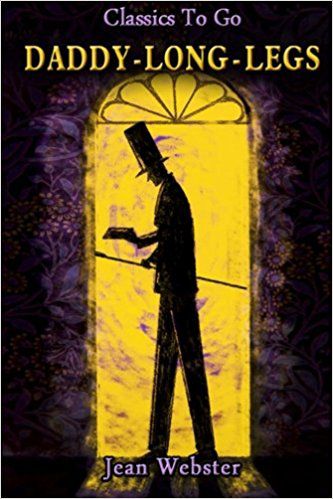 I combed my bookshelves for something as pure and innocent as Sansa Stark before she left Winterfell for King’s Landing and wretched Joffrey. Little Women? No, I read it recently and would rather watch the movie—the one with Christian Bale when he looks more “Newsies” than “Batman.” A Tree Grows in Brooklyn? One of my favorites, but another story full of tragedy, disappointments, and absent parents. Daddy Longlegs? Yes, a book I had not visited since I was about fourteen. A book with a bright green cover that I wanted for Christmas when I was ten years old simply because I thought the cover was beautiful and it had a ribbon bookmark attached. I put Clash of Kings on my bedside table for safekeeping and opened Daddy Longlegs for the first time in about twenty years.

It is an epistolary novel set in the early 1900s about Jerusha, or Judy, Abbott. Judy lives in an orphan asylum until an unknown benefactor and orphanage board member offers to send her to college, with the agreement that she would write him a letter on a weekly basis. Judy writes these letters to her “Daddy Longlegs” and describes all of the wonders and events at her all-female, New England college. Judy is a prolific letter writer and updates her benefactor on all of the events, classes, and new experiences that she takes in as a neophyte in her own society.

Daddy Longlegs was the perfect tonic for Game of Thrones heartburn. For every wildling that Jon Snow pierces and for all of the indignities faced by the Stark family, Jean Webster offers an old-fashioned activity including molasses candy-pulls, basketball games while outfitted in bloomers, and a paper chase. During this game, twenty-seven girls took on the role of the hounds and followed three others who pretended to be hares and ran through fields, streams, and forests, leaving a trail of confetti behind them. Judy even furnishes her room for under $5.00 and writes, “You can’t imagine what fun it is to shop with a five dollar bill and get some change—when you’ve never had more than a nickel your whole life.”

Judy does not spend all of her time playing and lavishly (in her own way) spending her monthly allowance. She also participates in classes and works to educate herself on the ways of life outside of an orphan asylum. I have been a bibliophile since I realized I could read at around age seven. It broke my heart when Judy wrote, “The things that most girls with a properly assorted family and a home and friends and library know by absorption, I have never heard of. For example: I never read Mother Goose or David Copperfield or Ivanhoe…or Jane Eyre or Alice in Wonderland or a word of Rudyard Kipling.” In the course of the novel, Judy also reads Little Women, Vanity Fair, and A Portrait of a Woman. Judy laments the fact that she does not have a family and yet mostly gravitates towards other works of literature concerning orphans and their first forays into society.  I finished Daddy Longlegs and took up The Clash of Kings once again. I followed, though, in Judy’s literary footsteps and stacked my own copies of Vanity Fair and Jane Eyre on my bedside table, ready to clear my head when George R.R. Martin puts one too many details about men imprisoned and left to rot in raven cages.