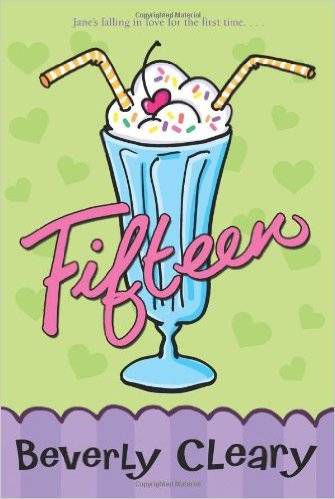 Jane, the Fox & Me by Fanny Britt and Isabelle Arsenault. (English translation by Christelle Morelli and Susan Ouriou)

How many people alive today, I wonder, know the experience of having no friends? I don’t mean recluses by choice, or people so caught up in their own worlds that they scarcely notice other humans. We’re talking about schoolchildren who tried to be friends with their peers but were, at some point, rejected, teased, and told to their faces, “You have no friends.”

There’s little backstory to Hélène’s isolation, and rightly so. There never is a real motive, a meaningful reason why some kids get discarded. Maybe they don’t wear the right clothes, or say the right things, or like the right music, but ultimately, it doesn’t matter what you’ve done wrong, because there is no way you could have done right. At a certain age, the crime is being you. And so we open on a little girl who can’t escape the taunts, the loneliness, or the ghosts of the friendships she lost. All she knows is that once she was part of a group with Geneviève, Anne-Julie, Sarah, and Chloé, and now she belongs nowhere, and “There is no possibility of hiding.” She can’t even go to the bathroom without reading the graffiti: “Hélène weighs 216!”

Spoiler alert: Hélène does not weigh 216. Hélène weighs an unremarkable 88, and in the panels where she’s drawn beside other children, she appears slightly smaller than the other kids in her grade, which doesn’t stop them from ruthlessly reiterating how fat she is, and doesn’t stop Hélène from referring to herself as a “big fat sausage.”

For much of the book, her only escape is the pages of Jane Eyre, where she’s delighted to meet a heroine who “grew up to be clever, slender, and wise,” and even lovable, although she’s just a tortured orphan who only owns three plain dresses.

But Hélène, like the rest of us, cannot hide inside books forever. Redemption comes to her in the form of a curious fox and a girl who refuses to serve up “group justice.”

Books like Jane, the Fox & Me, are basically what literature is for: to shine a beam of light, narrow as a laser, but equally bright, on some hard truth of the world.

Truth: people can be terrible for no reason.

Truth: if you witness magic, unimaginative interlopers will ruin it.

Truth: it hurts to be lonely, rejected, and insulted.

But it’s not enough to know that we’re not alone in our pain. Especially in literature for children, that brief space of incandescence must also illuminate the balm in Pandora’s box.

Truth: the world is bigger than your classroom.

Truth: your critics don’t know you.

Truth: it gets better.

We can tell young people that research shows kids who acted popular in early adolescence tend to be failures as adults, and that kids who are outcast at thirteen turn out to be the most interesting ones, the ones who grow up to become creators and innovators and world changers, but when you’re being bullied by a former friend whose inventiveness is directed entirely at coming up with new insults to hurl at you on the bus, these are meaningless platitudes. Hélène doesn’t take comfort in her mother’s assurance that she deserves a beautiful dress, or an ice cream cone, or a healthy degree of self-esteem. Hélène takes comfort in Jane Eyre’s journey, in her suffering and redemption. She finds hope in reading about a fictitious stranger experience pain, followed by delight.

Jane, the Fox & Me is a book that knows what it is doing: turning its narrow spotlight on this common trope of human pain—the outcast, friendless child—and then following her journey until Hélène walks into a day so dazzling that even the brightest spotlight fades in its glory.