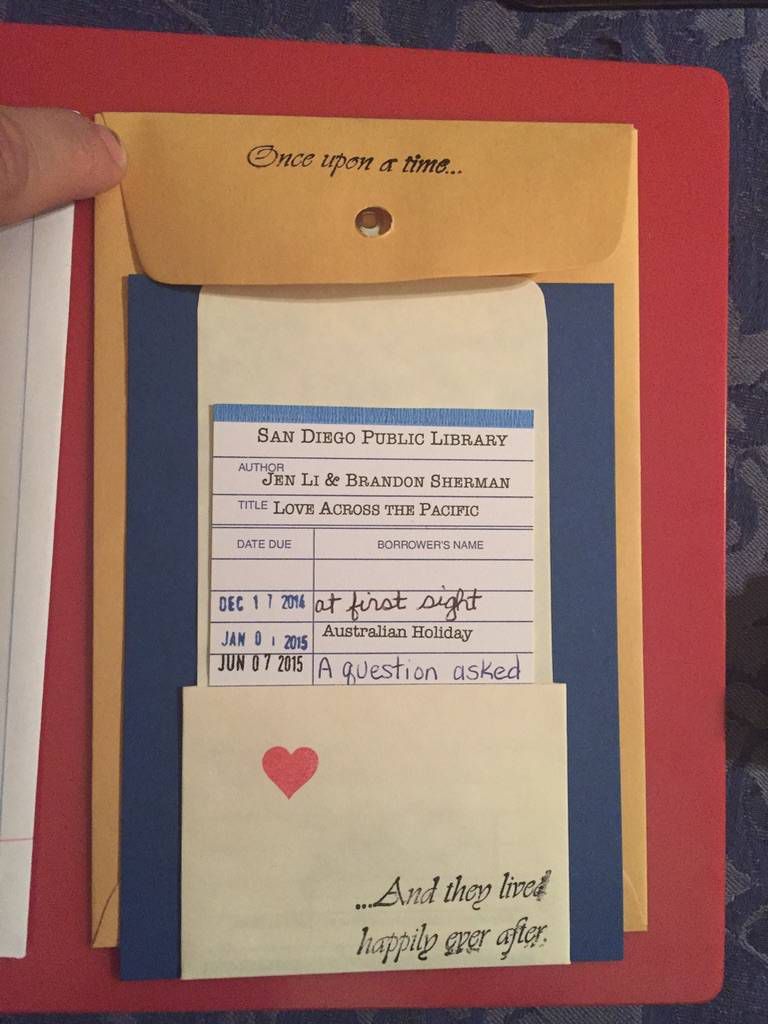 My first post for Book Riot was about getting married in a library, and in honour of National Library Week I wanted to revisit that day and share more details about our bookish wedding. Because you see, it wasn’t just that we got married in a library – the entire wedding was library themed. The book arch was already featured in the original post, but there were a few other details that I didn’t write about in the first post. So if you’re getting married any time soon and are after some bookish ideas for weddings and want to make some of your own wedding bits and bobs, look no further.

2. When you arrived, you found your table number by finding your name in the card catalogue. Your entry would tell you where you were sitting. We alphabetised these by guests’ surname. 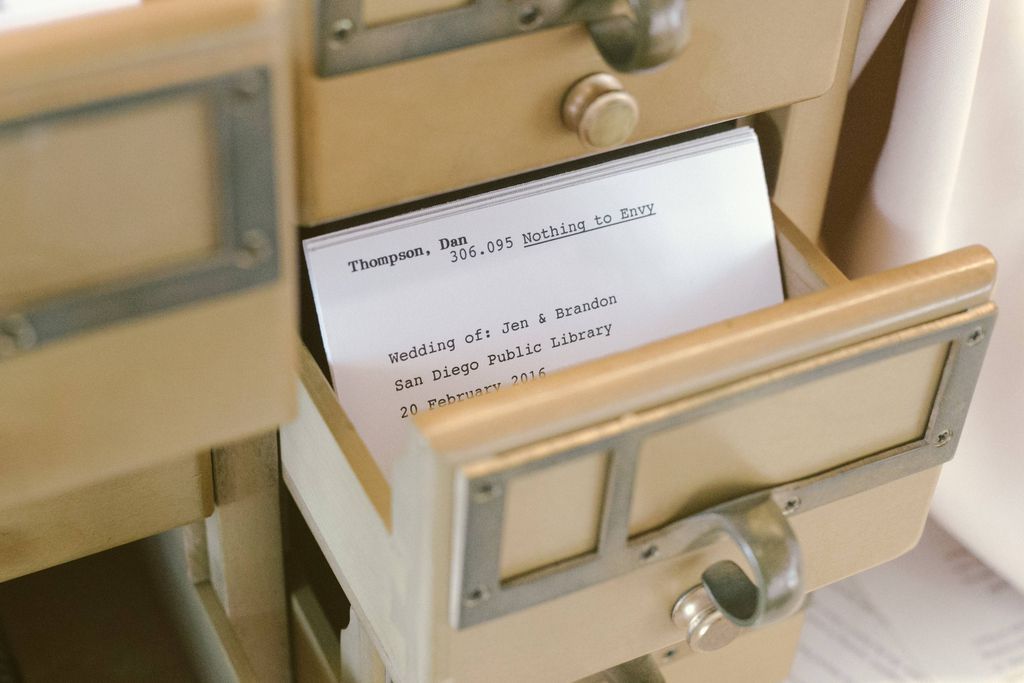 3. The tables were numbered with Dewey Decimal numbers for books that held particular meaning for us. The books themselves were used as markers, and they were all borrowed from the library in which we were married (which made it rather convenient – we just returned the books at the end of the night). 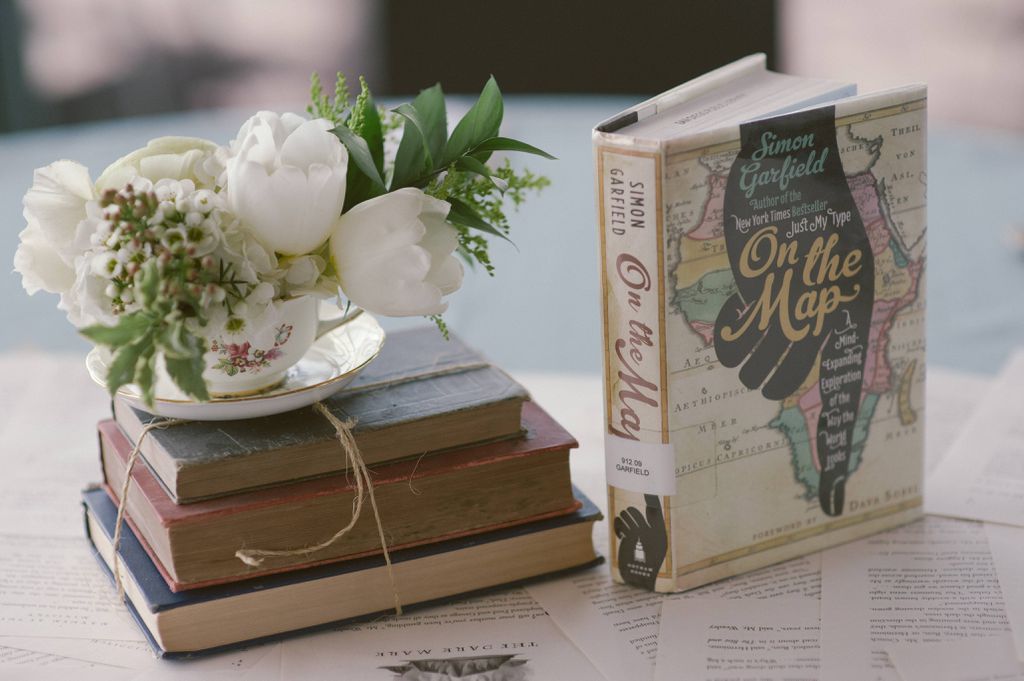 4. The table runners were made from the pages of old Harry Potter books. 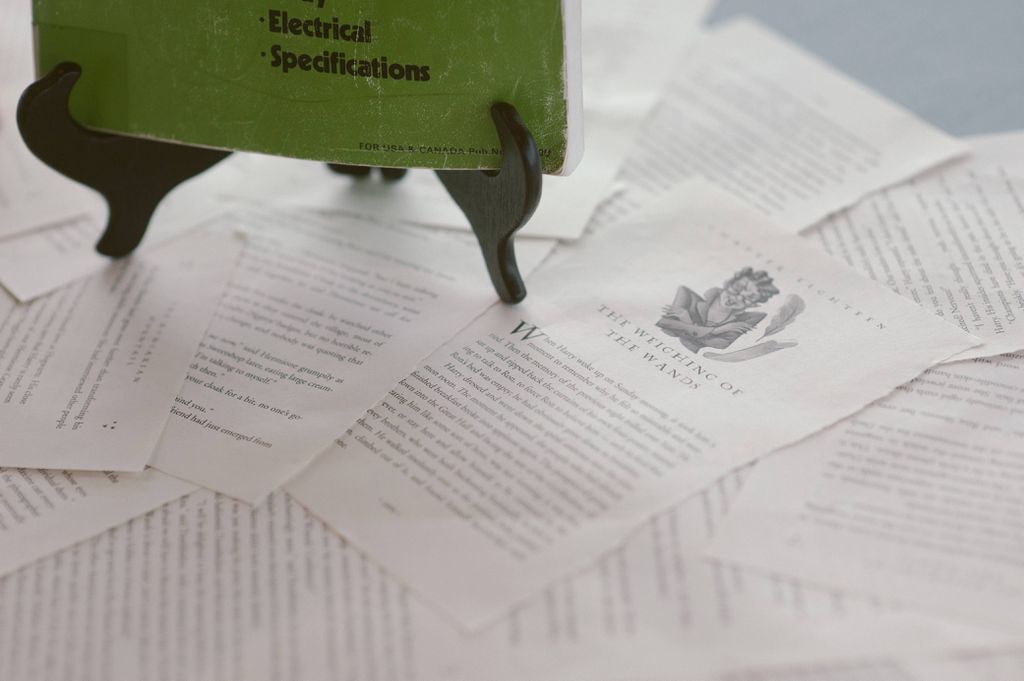 5. As well as a guest book, we had an old dictionary that guests were invited to write in. They were directed to find a word that reminded them of us and write us a message. 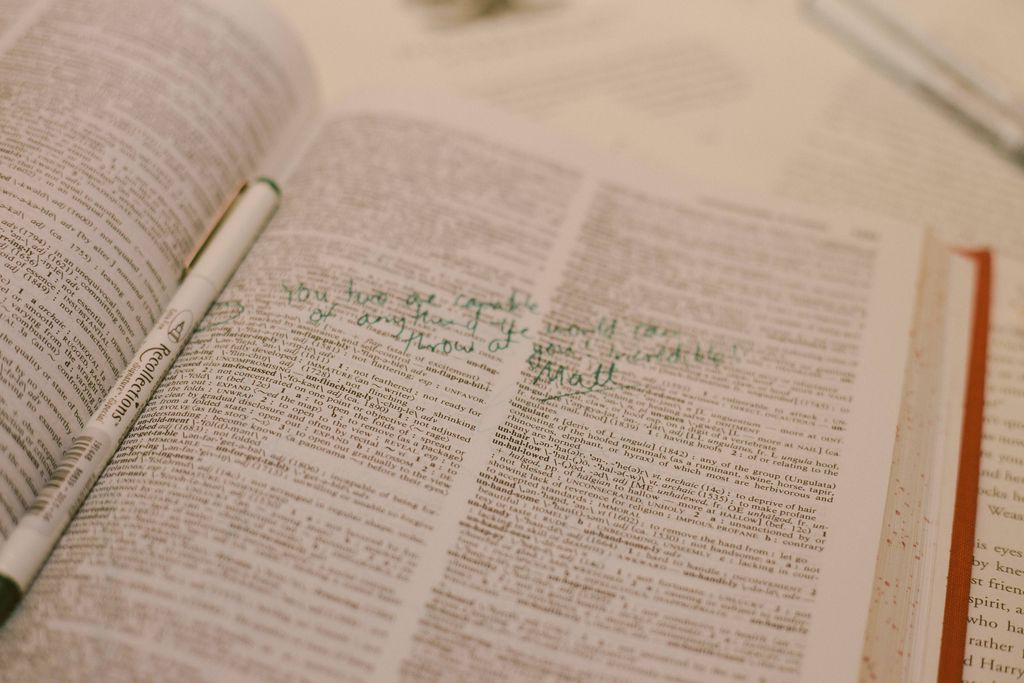 6. The boutonnieres and bouquets were made of paper flowers. The two bridesmaids and I each had paper flower bouquets. I made my own, which is why it’s the least pretty (as it turns out, I’m not very good at crafts). 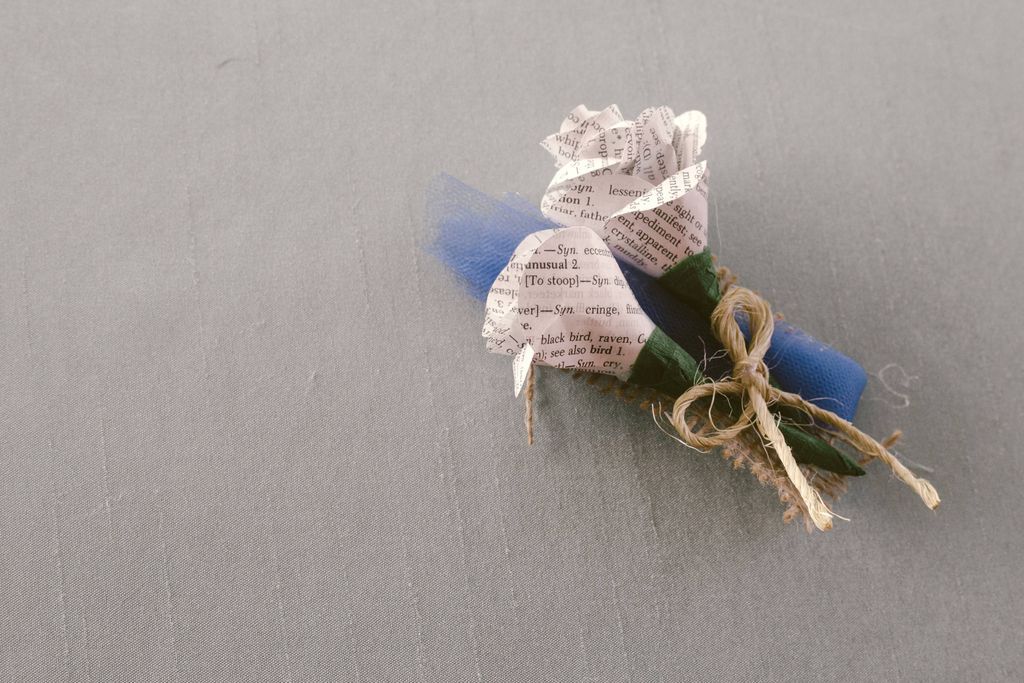 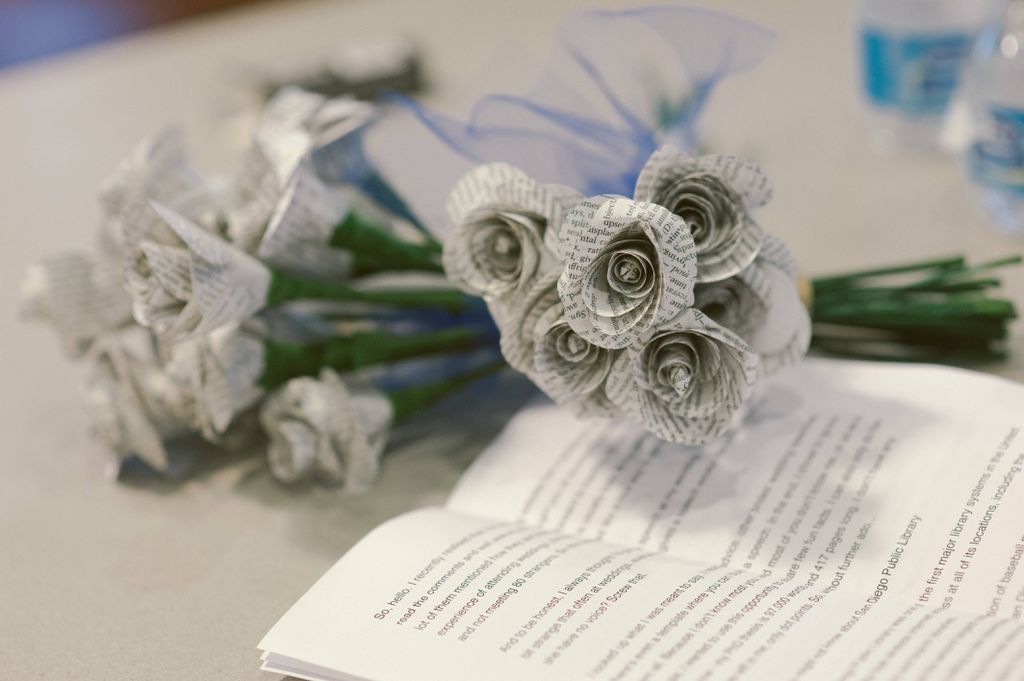