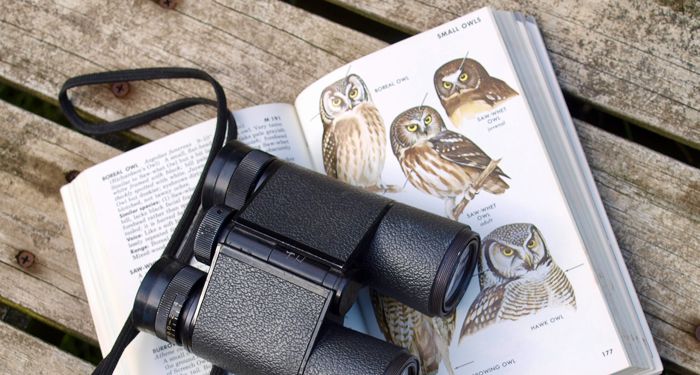 Critical Linking, a daily roundup of the most interesting bookish links from around the web is sponsored by our 1-year Audible subscription giveaway courtesy of Macmillan Audiobooks.

“At the Bird Library in Virginia, birds (and the occasional squirrel) come and go, leaving with seeds and fruits instead of books. It’s not actually a library, but a bird feeder that anyone can watch on a 24/7 livestream.

According to librarian Rebecca Flowers, she and woodworker Kevin Cwalina built the bird feeder five years ago after seeing The Piip Show, a popular-but-now-defunct livestream in Norway with the same concept, but set in a cafe. It was their love of nature (and literature) that made them decide to do a similar project.”

“Now, as white readers make reading anti-racist books a part of their praxis, and take it upon themselves to lead virtual book clubs, Black people are finding themselves carrying another burden from, largely, white people: a flood of requests from white people who don’t know what books to assign or which books to read. Instead of reading the massive number of lists available online, they demand that the Black people they know recommend books to them. In some cases, these are their Black friends, but in many others, they’re making demands of Black people they’re only assuming they’re friends with, like coworkers or people they follow on social media. It’s almost as if some white people have decided that the solution to their own deep-down racism is to follow as many Black people as possible—and then demand to be educated. So what does this new phenomenon mean for the Black people who’ve been doing this work for a long time, and simply want to scroll mindlessly through their DMs without being bombarded with these random requests?”

Stop asking Black people for free labor. Google exists and a shitton of lists, articles, threads for everything you need to learn.

“According to Penguin Random House, Intimations was written during the ‘early months’ of lockdown and is set for release on July 28. The volume’s six new essays will explore “ideas and questions prompted by an unprecedented situation.”

We’re getting a new essay collection from Zadie Smith!